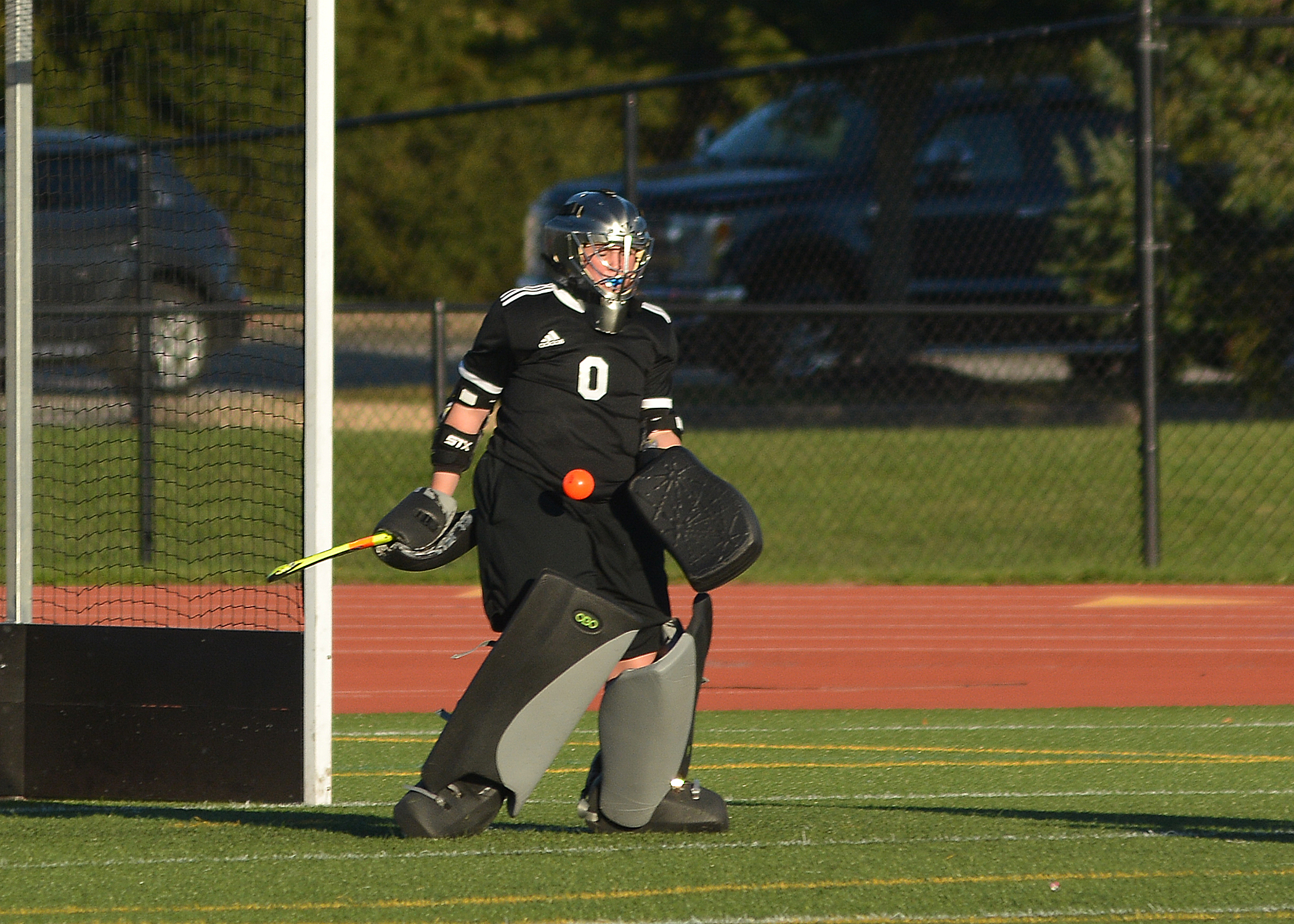 On a team loaded with scorers, Johnson topped the list, finishing the season with a team-high 40 goals.  A four-year varsity starter with tremendous stick skills, Johnson also kicked in with 12 assists.

Schwarz played all over the field for the resurgent Blue Demons field hockey team, and was the go-to choice on offensive corners.  With a dangerous aerial shot and dynamic skills, Schwarz led Kennett in scoring, with 19 goals and 12 assists.

Part of a very talented group of Hurricane underclassmen, Roberts was a key cog in the Villa Maria offensive attack.  Despite recovering from a serious injury early in the season, Roberts still topped the list of Hurricane scorers with 16 goals and eight assists.

A Penn State recruit, Taylor was one of the top scorers in Southeastern Pennsylvania.  Taylor averaged 1.28 goals per game for the Red Raiders, finding the back of the cage 23 times in just 18 games.

Hynd was a driving force for the Pioneers, topping the Central league in goals scored, finding the back of the cage on 19 occasions.  Hynd also chipped in with 15 assists, for 53 total points on the season.

A Drexel recruit, Oleykowski is as comfortable midfield as she as on defense,  and played every corner, offense or defense. Always reliable, the Blue Demons immediately looked to Oleykowski on penalty srokes, where she was 2 for 2 on the year.  A selfless player, she finished the season with nine goals and 11 assists.

A Whippet co-captain along with DLN Player of the Year Ciana Riccardo, Schmidt was a strong team leader with great vision, Schmidt excelled in distribution to the West attack, notching six goals and 12 assists, while chipping in defensively with 11 defensive saves.

Peretta was the unquestioned anchor of a Villa defense that was instrumental in taking the Hurricanes from the ninth-seed in District 1, to reaching the state semi-finals where they were edged by eventual champ Wyoming Valley West.

Flanked by a pair of freshmen in the back, and another freshman at goalie Gruce was counted on to anchor Kennetts very young and inexperienced defense.  Gruce did so with aplomb.  With exceptional timing and a superb ability to read opponents, Gruce had three defensive saves, including one spectacular save of an aerial shot on a penalty corner.

Quiet, but oh so strong inside the circle, Jaszczak really stepped up her game the longer the season went on, shutting down opposing attackers as well as anyone.  Jaszczak finished the season with 14 defensive saves, good enough for fifth in SEPA.

Bishop Shanahan was a state qualifier this season, in no small part to the efforts of Leppert.  The Eagles were very stingy defensively, posting 11 shutouts on the season with Leppert the anchor.  Leppert had a sparkling save percentage of 0.88, topped in SEPA by only Lydia Eastburn of New Hope-Solebury.

Co-Coaches of the Year:

The Katies of Villa Maria

Villa has been so dominant locally over the past decade, rare was the season where they entered the post season with a single loss let alone two or more.  But taking the concept of “steel sharpens steel” to an extreme, the Hurricanes, despite fielding a young line-up with a slew of freshmen and sophomores, loaded up the schedule with nationally ranked opponents.

As a result, Villa was on the wrong end of the score on eight occasions by the end of the regular season, and the Hurricanes were relegated to the No. 9 seed in districts, and didn’t even get to host a game in the playoffs
“Last season was my first at Villa Maria, and I learned that we weren’t as well-prepared for those big, post-season games where one loss ended your season,” said Katie Evans, officially the Hurricanes head coach.  “So we made a tough regular season schedule our top priority.”

The young Hurricanes grew up in a hurry, and by the time the post-season finally came, they were looking like the dominant Hurricanes team expected at Villa.  The Hurricanes qualified for the state tournament, where they notched a win over Merion Mercy—a team who had topped Villa each of the first three times they had played this season.  The season ended in state semi-finals, when they were edged by the eventual state champs.

New this year on the coaching staff was Katie Grant, a three-time All-American selection at Duke, and a current member of the USA U-23 National team.  Grant and Evans meshed immediately, and the two ran the Hurricanes like co-head coaches.

“Her knowledge and ability to transfer that to our athletes through drills or just talking to them is really extraordinary,” said Evans. “The girls and I all love her and couldn’t be happier to have her on board. We both had legacy coaches in high school and know the value of having consistent and passionate leaders at the helm. That’s what we plan on doing at Villa and we’re excited to continue to build off of this season.”