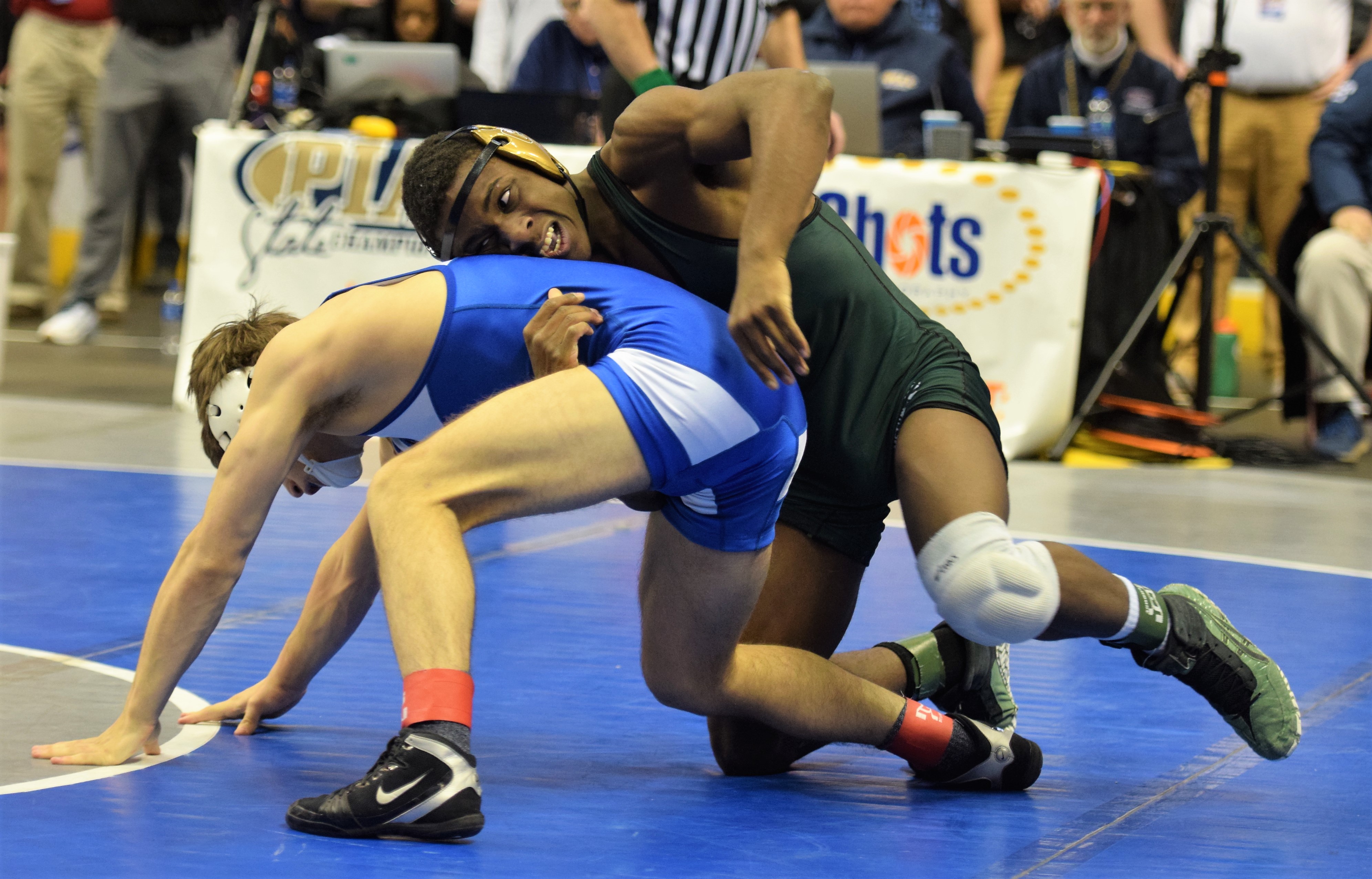 McNair, coming into the season with 99 victories for his scholastic career, got the milestone win by pinning Northeast High’s Seth Ramos in their 160-pound bout. The Warrior senior, a two-time PIAA Class AAA tournament qualifier, maintained his roll with a pin at 160 against Pottsgrove (48-23 win) and Upper Perkiomen (45-31 loss).

McNair became the program’s 13th wrestler to reach triple digits in victories, and the first since Bryce Reddington in 2016.

Roman Moser also had a three-win day for Methacton, scoring three pins at 170 and 182.

Upper Perk’s victory over the Warriors in the “A” Division Finals was secured in large part by pins from Matt Martin (120), Mike Milkowich (132),

Milano (4-0) pinned or tech-falled his way to the final, where he topped Nazareth’s Drew Clearie, 8-3, for the title.

Germantown tournament >> Jacob Craig won the 120-pound bracket to lead Hill School to second place at Germantown. Craig pinned his way to the title and a 4-0 day.

PJP also got a fifth place from Cole Miller at 120.