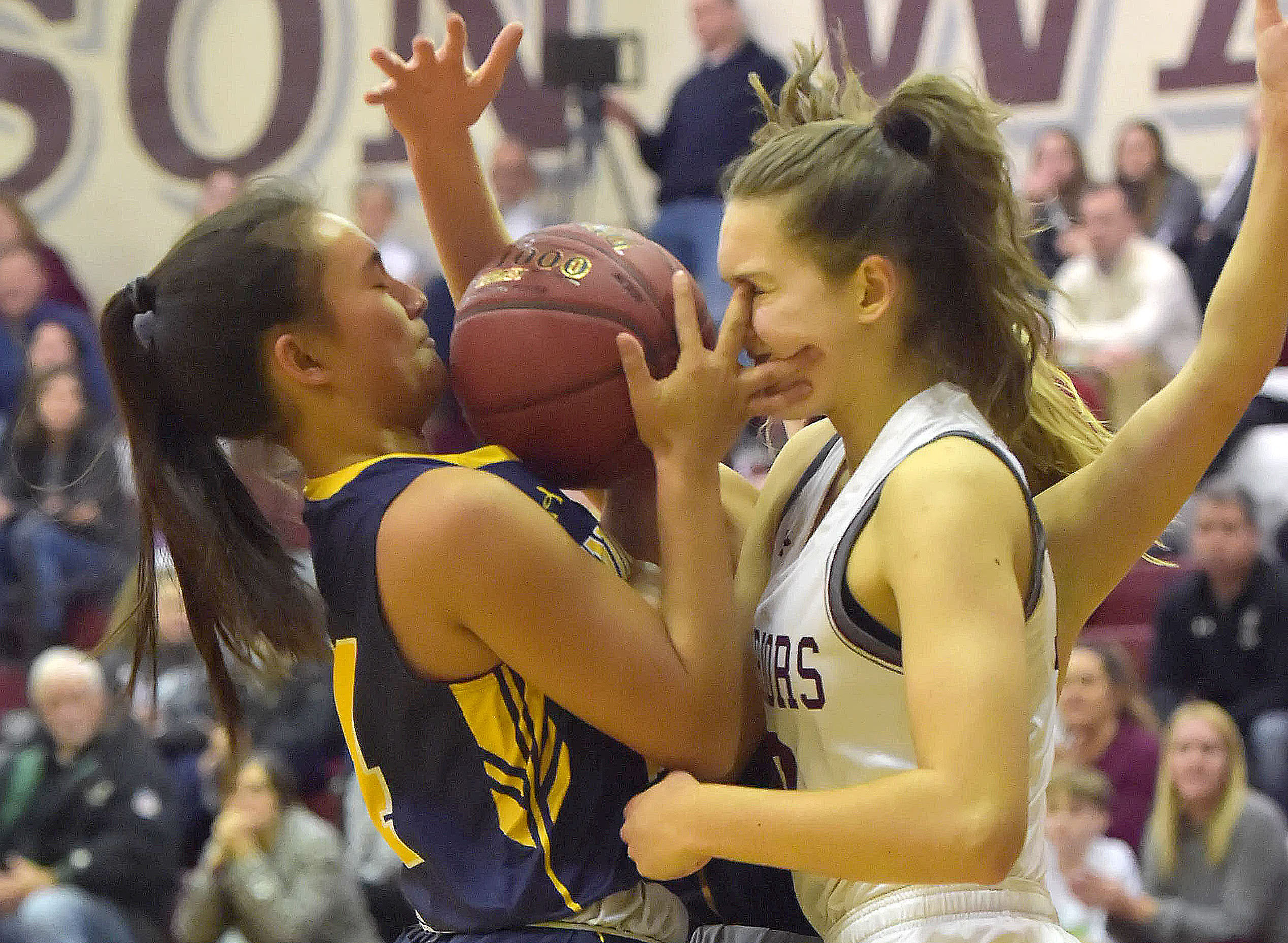 WEST CHESTER – Sometimes in basketball, you can almost sense the start of a game-altering surge. But it can also come out of nowhere, which is exactly what happened on Friday in game two of the Ches-Mont Challenge.

Facing its largest deficit of the evening, the Unionville girls’ basketball squad responded by staging an epic comeback, holding host West Chester Henderson without a point for nearly nine minutes in the second half. It was the difference in a 44-31 victory for the Indians in the season opener for both.

“They showed confidence in themselves, and some of that is stuff you can’t teach,” said Indians’ head coach Fred Ellzy. “The leadership on this team has been phenomenal. They got it done.”

When the Warriors’ Grace DePrisco nailed a 3-pointer midway through the third quarter, Henderson had its biggest lead, 25-19. But that’s when Unionville began the monumental comeback. In all, it was a 19-0 run. Casey Baugham had a big steal and bucket to get things started. Anna Ioccoca knocked down a big 3-pointer. And sophomore Anya Budow scored on a put-back and added a three-point play.

But, of course, the Indians clamped down defensively to prevent Henderson from scoring during an 8:49 drought. The sequence turned a six-point Unionville deficit to a 13-point lead.

“We focus a lot on defense, they know what they are able to do and they stepped on the floor and did it,” Ellzy said.

Budow scored all of her nine points in the fourth quarter to cap off the rally, and Iaccoca poured in six of her team-high 11 points during the run.

“It’s harder to defend a team that has multiple scorers,” Elzzy said.

“(Budow) plays four positions for us, which is amazing. She was a major part of our win.”

Molly Nanni and DePrisco scored nine and eight, respectively, for the Warriors, who managed just 13 points as a team in the second half.

“I have a young group of kids who need to get a bit stronger and they have to learn to rise to the moment,” said Henderson head coach Greta Neff.

“It’s just consistency. The kids have to be consistently better instead of having so many ups and downs.”

The Warriors fell behind 8-0 from the opening tipoff, but regrouped and actually led 18-17 at the break. In that stretch, Henderson played well, but then the disappointing finish commenced.

“We had a lot of empty possessions with turnovers,” Neff said. “We didn’t cherish our opportunities with the ball. We were rushing.

“There just needs to be a better effort. Unionville has some aggressive kids who get after the ball and attack the basket. We gave them too many close opportunities.”

It also didn’t help that the Warriors were just 6 of 16 from the free throw line. Alexia Brown and Emma Dempsey each scored eight points in the Indians’ balanced attack.

“Henderson has a very good program,” Ellzy said. “We knew they were going to be prepared so we talked about matching their intensity in order to win. I thought we did that.”