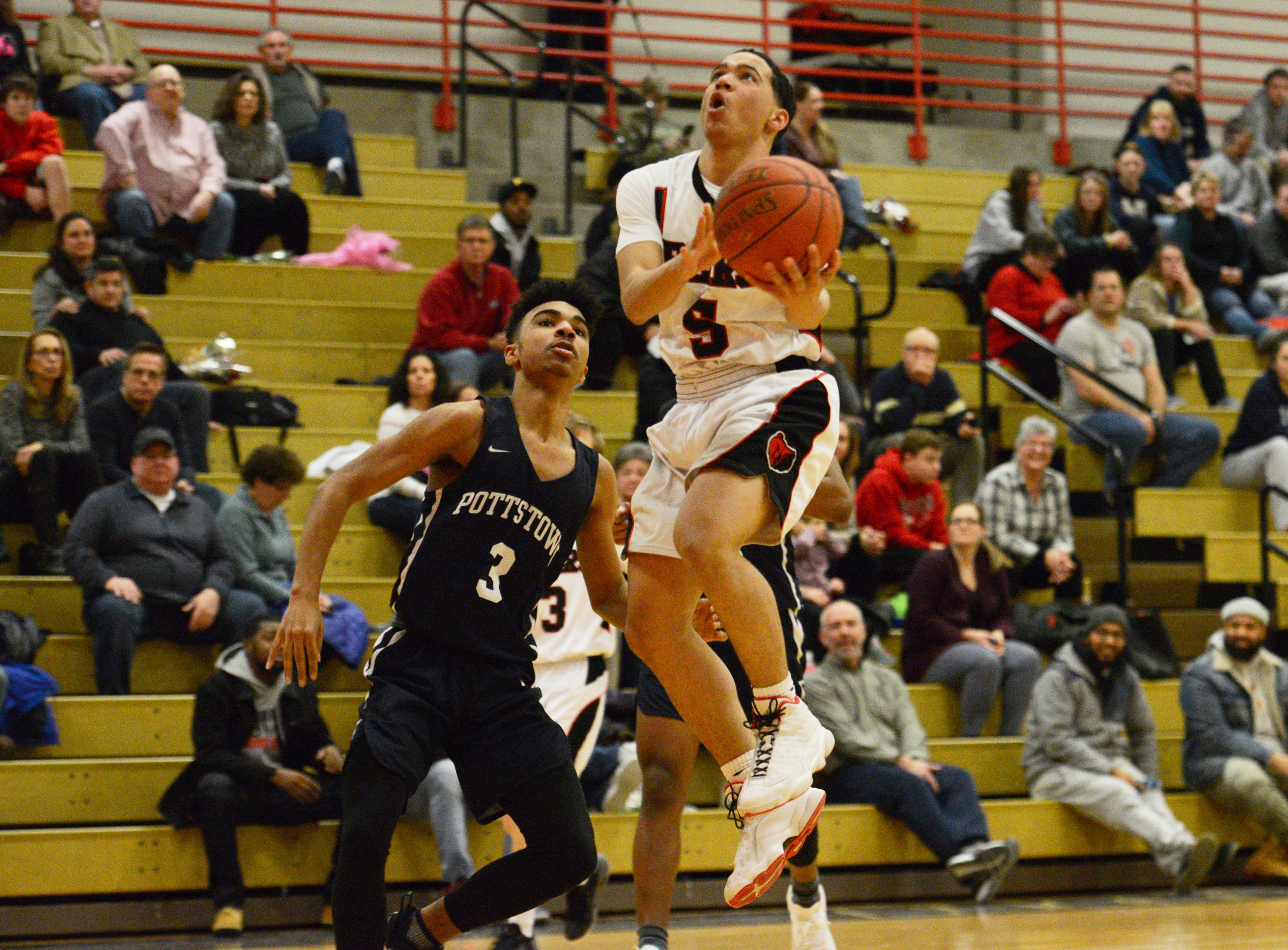 Boyertown 53, Central Bucks East 50 >> Tre Diguglielmo hit a 3-point basket in overtime to lift the Bears over the Patriots in Friday’s opening round from the Pennridge Tournament.

Boyertown took control early with a 17-4 lead that went to 27-24 into the half. The Bears led 37-34 lead after three quarters; with less than one second left in the game and down by three, Joe Hamilton hit a long “three” to send it to overtime.

Leading the Bears were Diguglielmo with 18 points (three 3-pointers) and eight rebounds, Alex Obarow chipped in with 12 markers and point guard and floor leader Aarick Salata added 10 points and was 6-for-8 from the stripe.

Spring-Ford 70, Central Bucks South 51 >> The Rams started the season off with a bang, running out to a 25-6 first quarter lead on the way to a rout at Central Bucks West as part of the PAC/Suburban One Challenge Friday.

Central Bucks West 45, Perkiomen Valley 33 >> The Vikings were stifled by their Suburban One League foe Friday in the PAC/SOL challenge at CB West.

Holy Ghost Prep 59, Pottsgrove 40 >> In a rematch of last year’s District 1-5A playoff nail biter that clinched a state playoff spot for Pottsgrove, a new-look Falcons’ group was overmatched to open up their season tip-off tournament.

Unionville 62, Pope John Paul II 47 >> With a 21-6 edge in second-quarter scoring, the Indians overtook the Golden Panthers and rolled to victory in Friday’s opening round of their tournament.

PJP came out of the first quarter up 11-10, but Unionville kept it at bay in the second half. Luke McCarthy scored 13 points — he had three 3-point baskets in the process — to lead the Panthers, with Justin Green adding another 10.