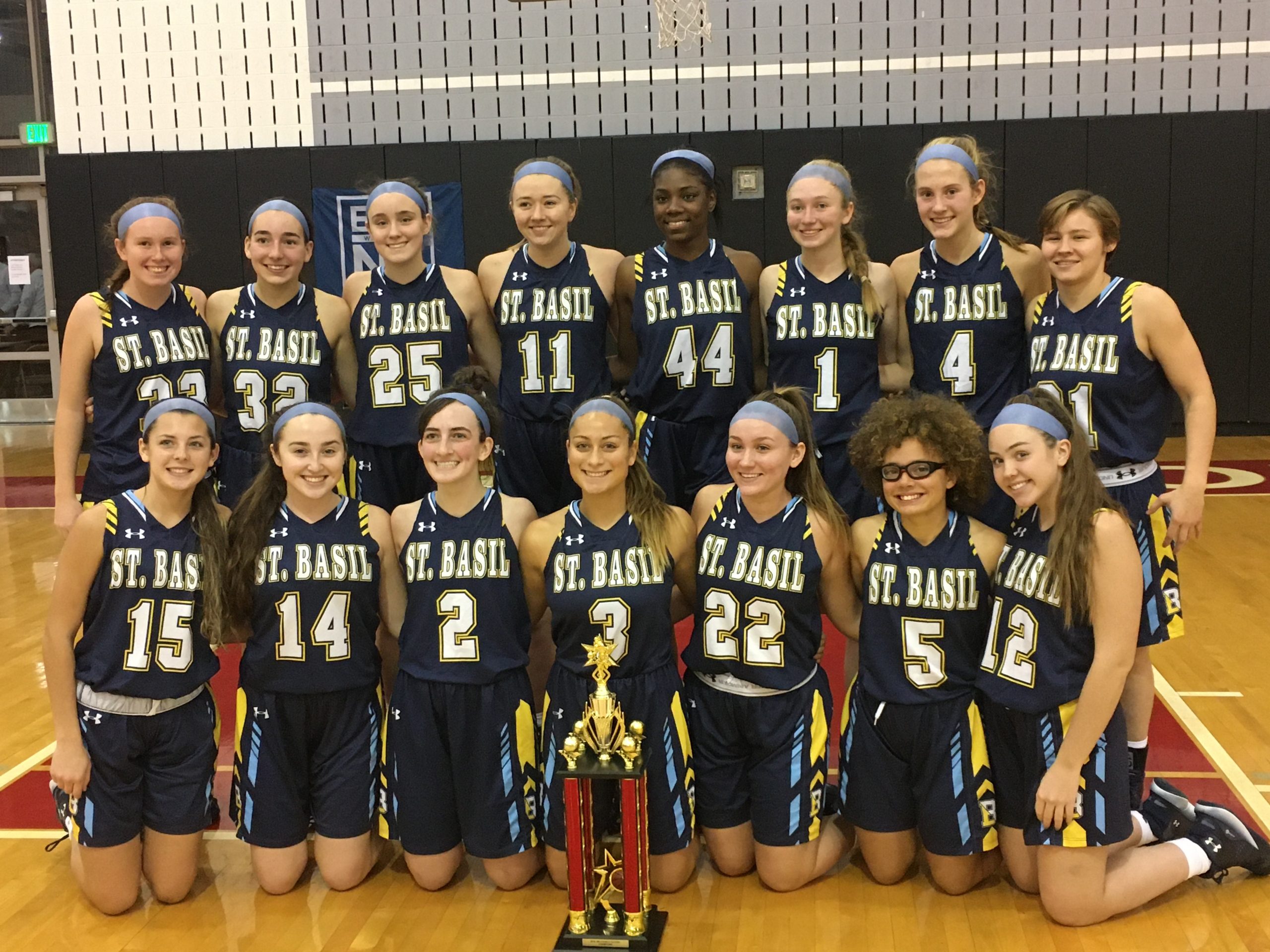 The senior point guard is the smallest player in the Panthers’ starting lineup but probably their most tenacious man-to-man defender, a fulcrum on offense and increasingly, a knock-down shooter. With each year that’s gone by, Grant has done a little more for the team and in turn, the team has asked more of her going into her final season.

Behind a strong start from Grant, the Panthers picked up the first of what they hope is many trophies this season by defeating host Souderton 36-20 in the championship of the Jim Church Classic on Saturday.

“Us a team, we’re more a run in a fastbreak team, so we really put pressure on defense and it helps us generate our offense,” Grant said. “It’s a mixture of me being a senior and trying to set an example for the younger girls who are working to get minutes and with Casey (Remolde) being gone, she was such a big factor for us, we all have to pick up what she left.”

Grant hit a 3-pointer off a pass from senior Lizzie Deal to open the scoring as the Panthers scripted a nearly perfect start on Saturday. St. Basil opened 3-of-4 from the floor, with the three makes all from beyond the arc while forcing Souderton into three turnovers on its first four possessions.

Another trey from Grant midway through the opening period made it 12-2 Panthers and the defending AACA and District I 3A champions had all the cushion they would need. Grant credited the passing of Deal and Carter, the tournament MVP, for creating the early spacing.

“We knew their defense would be really packed-in, so our coaches told us to look for skip passes and our outside shots would be open,” Grant said. “Lizzie and Denae are tall, but they’re also really good passers and when we get the ball into them, they can always find the open person.”

Saturday’s game goes down as a loss for the Indians, but it was still a productive outing for the host team. It’s tough to practice the kind of defensive energy St. Basil plays with, so it was chance for the score of new faces in the Souderton lineup to see that aggression at game speed.

While the offense did struggle to score, the Souderton defense was sold and did hold St. Basil scoreless in the second quarter.

“This was a great game for us early in the season to be able to play a team that plays at that level with the amount of experience they have,” Souderton coach Lynn Carroll said. “You never want to struggle to score for 32 minutes the way we did but I think in the long run, we’ll look back at this game and realize it helped us grow.”

Grant, who finished with nine points, hit another trey in the third quarter as the Panthers got their offense back in gear a little bit.

St. Basil’s first full week of the regular season features AACA games against Mount Saint Joseph and Villa Maria, the two District 5A finalists last year, so Panthers coach Terry Mancini saw the chance to play 5A Abington Heights and 6A Souderton as a benefit. Shots may not always fall, as they decided not to in the second quarter, but the Panthers are always going to push the issue with their defense.

“Your aggressiveness can hurt you, we got in some foul trouble but we pride ourselves in our program on our defense,” Mancini said. “We’re probably one of the few teams left to play it in our league so I feel comfortable teaching it and us playing it.”

Carter scored nine of her game-high 12 points in the second half, adding nine rebounds, a pair of assists, three steals and two blocks. Deal, a co-captain, had five points but also a team high five steals and Grant described her classmate as having “the biggest heart on the team” and setting the tone with her energy.

Grant, who isn’t afraid to tangle with any opponent trying to force a jump ball, has been looking for her shot more. Mancini hopes if the senior, who joined Carter on the All-Tournament team, can up her scoring numbers; it will draw more attention to her overall ability.

“She’s a catalyst for us and in my book, a Division II level player and no one’s knocking at her door yet but I hope that comes,” Mancini said. “She’s one of the smartest players I’ve ever coached. She gets us going and also settles us down, which we saw in the third and fourth quarters.”

Grant was overall pleased with her team’s play over the weekend but noted the Panthers can still get much better. One thing the senior cited was the amount of fouls the Panthers got tagged for but also said it’s something they can take care of.

“There’s a lot of things I’m happy about and lots we have to work on as we move toward another tough one Tuesday against Abington,” Carroll said. “Overall, this weekend was mostly positive. There were a lot of positives in that game and it lets us know exactly where we are right now. It’s hard to know what to expect when you have a lot of new faces and we’re farther along in some ways and not far enough along in other ways.”