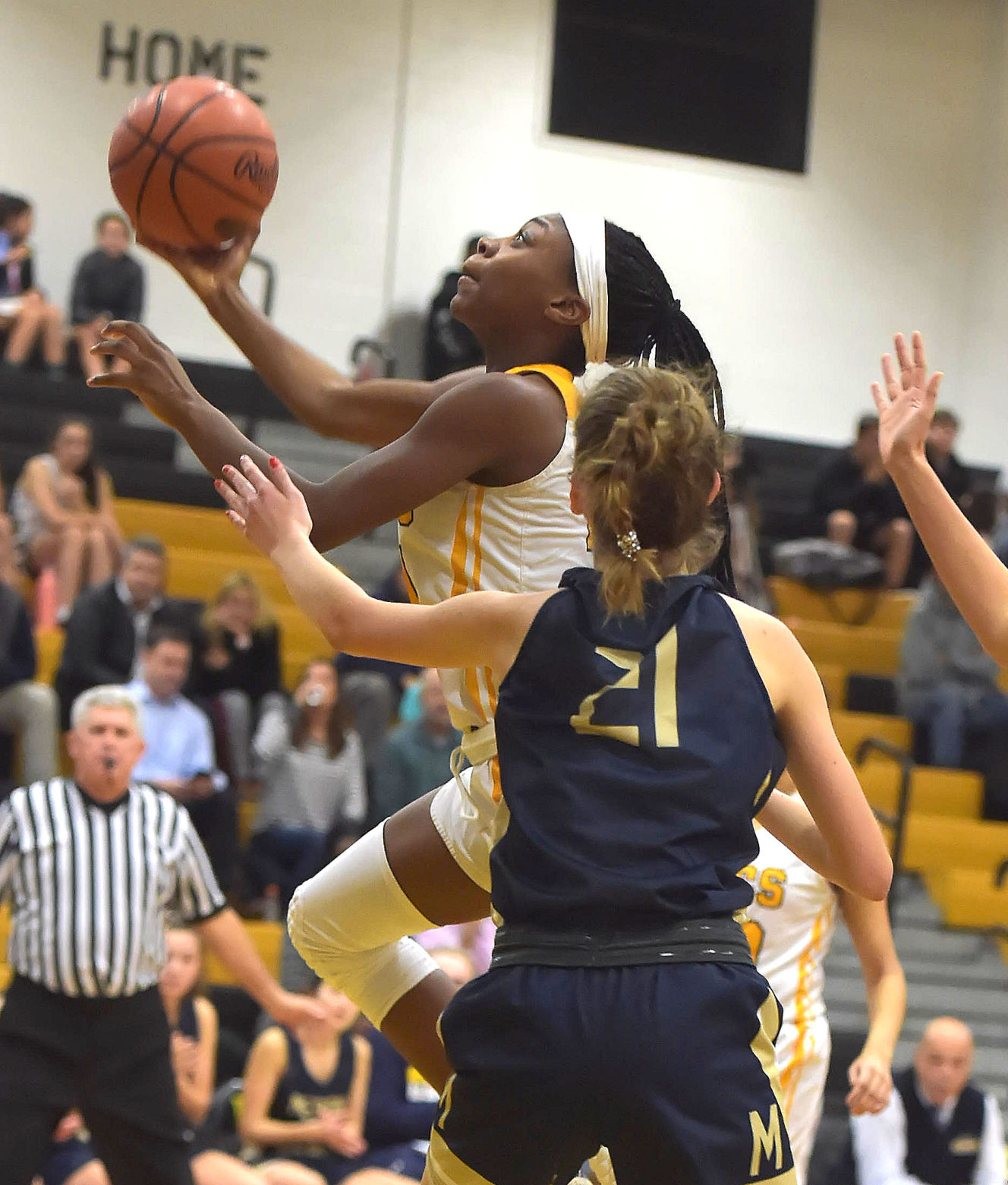 PROSPECT PARK >> Ty Taylor pulled aside Aniya Boland after she picked up her fifth foul late in the fourth quarter of Interboro’s season-opening loss to Merion Mercy.

Taylor, the Bucs’ second-year coach, was having a teaching moment with his talented junior player. Taylor wanted to convey the importance of being smart and learning how to avoid silly fouls. Boland played with a reckless aggression in the Bucs’ 59-34 defeat. There were flashes of brilliance mixed in with some head-scratching moments.

“I told her that some of those fouls were cheap, that they weren’t even earned. She did a great job to get that first steal, but then the next time, she got greedy. She didn’t have enough room to get the second steal, then she got that fifth foul,” Taylor said of Boland. “I said to her, ‘You did it once, but you didn’t realize I got four fouls and I can’t do that with 10 minutes left in the game. You just have to be smarter, that’s all.’ It will come to her, she’ll get there.”

There will be growing pains, but Boland has a chance to make a difference.

For the Bucs to have a realistic chance to compete in the Del Val League, they’ll need Boland to develop into the player that Taylor believes she can be for a team that finished with only five wins a year ago.

“She played AAU ball, which really helped her confidence, but AAU did not work on her fundamentals. … With a lot of our players, being more fundamentally sound is still a work in progress,” Taylor said. “At AAU, it is a lot of run-and-gun, attack and press, press, press, which I believe works great for her. Aniya has that attack mentality that you love to see.”

“I definitely have more confidence,” she said. “My coaches have done a lot to help me, and just coming to extra practices and putting in the extra work.”

Boland showcased her long-distance shooting in the first quarter as her first two attempted shots went in for 3-pointers.

Boland’s athleticism can cause match-up problems and create running opportunities for the Bucs, but that may be easier said than done. Interboro struggled to take care of the ball and showed first-game jitters against a Merion Mercy squad that was more polished and fundamentally sound.

Too often Friday night, the players were too timid to shoot the ball. Taylor is keeping his eyes open for a floor general to emerge. Senior guard Madison Diehl, who tossed in five points and showed a willingness to drive to the basket, and sophomore guard Khamani Jackson (four points, three rebounds) showed flashes of taking command. But the Bucs were overmatched against the upstart Golden Bears, who went 3-18 a season ago, but are brimming with potential.

“Last year was a tough season for everybody, but I’ll tell you what, the girls really bought into what we’re trying to do here,” Richardson said. “Our motto is ‘Better Together.’ Get better every day, that’s the goal, and I couldn’t be more proud with the effort today. We thought Interboro would come out with a lot of effort and I thought that if we could match their effort we would have success. I couldn’t be more happy for the girls. They’ve done a lot of hard work on their own for a couple months now and it’s nice to see that pay off tonight.”