Boys Basketball Preview: Bonner-Prendie will look to backcourt for leadership 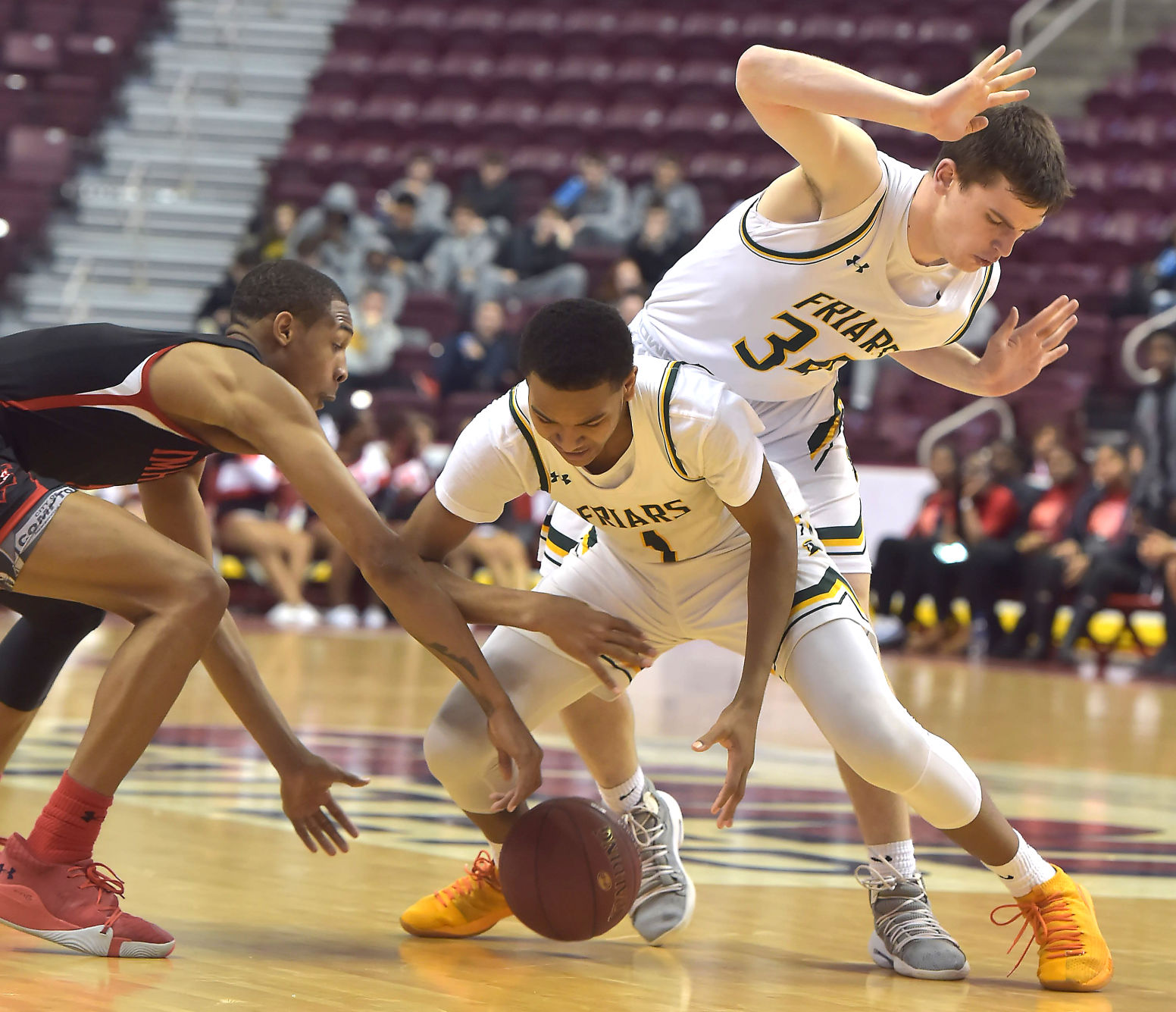 Bonner-Prendergast's Tyreese Watson, center, is among the backcourt leaders back for the Friars this year. (Pete Bannan/Digital First Media)

Bonner-Prendergast’s growth this decade took a definitive step forward in last year’s run to the PIAA Class 4A final, the second straight season the Friars at least made the semifinals.

The challenge shifts this season: The Friars have proven the ability to land and develop top talents, like All-Delcos Isaiah Wong (Miami) and Tariq Ingraham (Wake Forest). But how do they turn the page to the next generation at the same high level?

The leadership will come from the backcourt. Tyreese Watson is the third-leading scorer from last season at 8.0 points per game. He was followed closely by Donovan Rodriguez and Malik Edwards, who should create a dynamic backcourt. Christion Johnson, who played sparingly, will get frontcourt minutes alongside Conwell-Egan transfer Camryn Stewart and newcomer Gestin Liberis.

Gone are leading scorer Luke House and starting guards Kiyl Mack and Ny’Mire Little (the latter transferring to Westtown), but much remains on the shelves.

Carroll has one of the longest rosters around, led by the forward tandem of Tairi Ketner and Anquan Hill. With 6-7 guard John Camden, like Hill just a junior, the Patriots can stretch the floor, and 6-7 freshman forward Jake Warren could also crack the rotation. The backcourt requires rebuilding, but seniors Amiri Stewart, Ryan Park and Chris Long have some experience.

Ryan Nemetz’s first year at Cardinal O’Hara last winter put young players at the center, with an eye toward long-term success. The promising aspects of the nine-win campaign are all back. That includes three double-figure scorers in Tre Dinkins, Adrian Irving and Anthony Purnell.

With Jameel Burton providing backcourt depth and the forward rotation of Momo Kortue, Kevin Reeves and Solo Bambara, the Lions are long on experience, height and floor-spacing shooting.