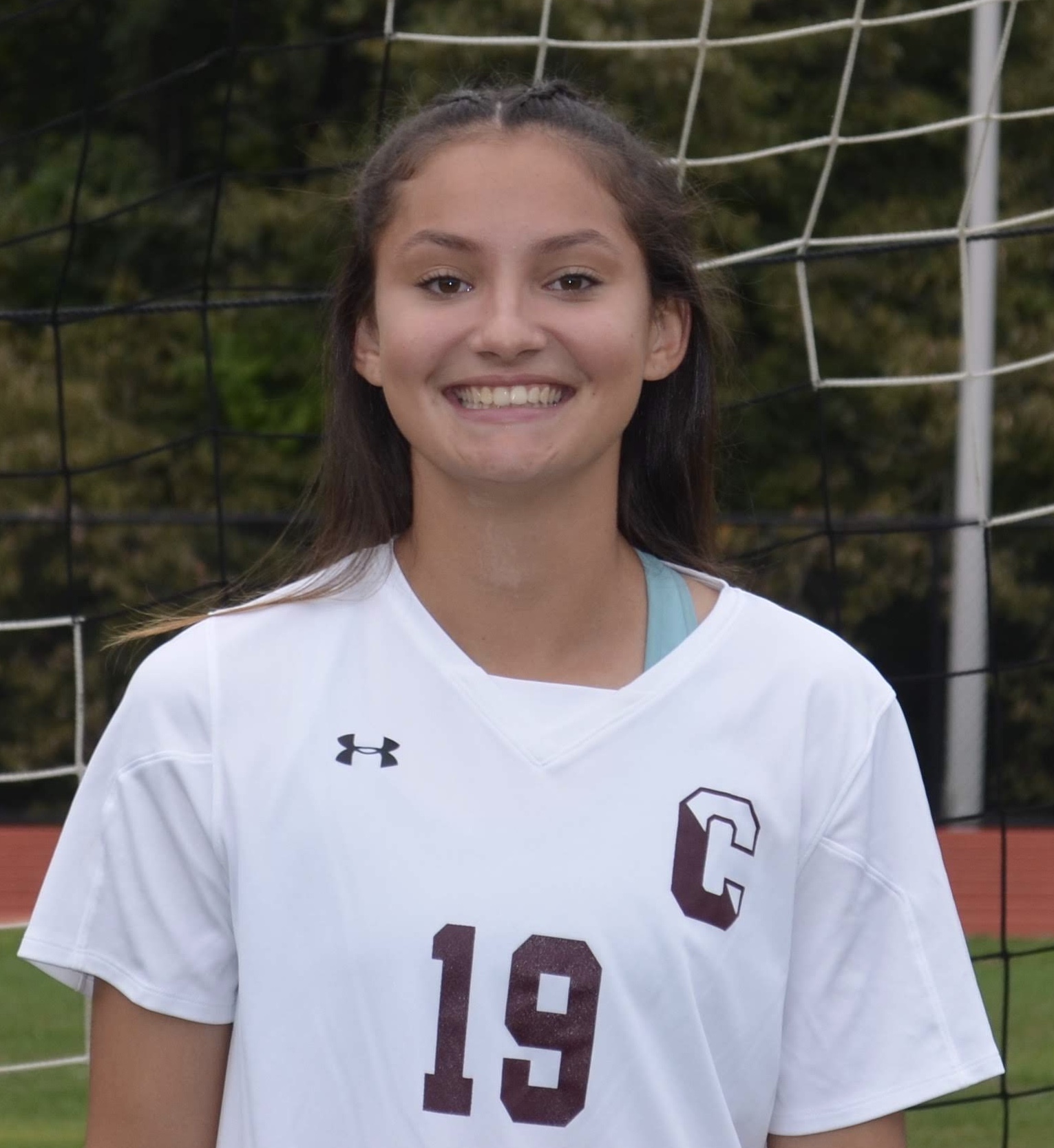 The junior center back, a third-year starter, was considered the “rock in the center of our defense” by Conestoga girls’ soccer head coach Ben Wilson, who added that she was “a huge part” of the Pioneers’ defense that posted 13 shutouts this season – three of them in the PIAA 4A state tournament, including a 1-0 win against District 1 champion Pennridge in the state semifinals – and that allowed only 16 goals all season, most of which came at the end of games when the wins were already secured. Offensively, Henderson often launched attacks from the back to spur Conestoga’s potent offense (88 goals this season), and took many of the Pioneers’ corner kicks and long free kicks.

A: My favorite game of the season was the state semifinal against Pennridge. My most vivid memory from that game was when Caitlin Donovan scored the winning goal in the last 10 minutes of the game. I know I’ll never forget the overwhelming feeling of happiness and the tears streaming down my face.

A: My pregame preparation is a run-on joke throughout the whole team. I would eat a buffalo chicken wrap from Wawa and/or candy right before the game. I honestly don’t get many nerves before the game – mentally it’s me pinpointing my adrenaline on the game in front of me.

Q: Tell us a little about your start in soccer. Have you always been a center back? Who have been your most important soccer mentors?

A: At the age of 6 or 7, when I started soccer, I’ve played every position except center mid. I don’t have any particular soccer mentors, but I watch Premier League every Sunday and I watch the USWNT anytime they play – both of these have taught me that you have to take one game at a time.

Q: How did you view your defensive role? What do you consider the strongest part of your game, and what are you working on most currently?

A: I viewed my role on defense as anyone else on a team would, we play for each other. The strongest part of my game I would say is my focus and intensity. The part of my game I’m working on currently is positivity no matter the circumstance.

Q: Do you participate in any other extracurricular activities at Conestoga other than soccer?

A: I’m in a few clubs at Conestoga that I help in like Bringing Hope Home, Athletes Helping Actively, and African American Student Union.

Q: What is your favorite course at Conestoga? What do you think you might want to major in at college? Is there a career field that particularly interests you at the present time?

A: My favorite course at Conestoga is Forensics with Mr. Kane. I think I want to major in anything related to Sports Medicine or anything in that field. I’m around a lot of physical therapists, so physical therapy is something I’m interested in.

Person I most admire: “My Uncle Johnny because he was mentally and physically strong.”