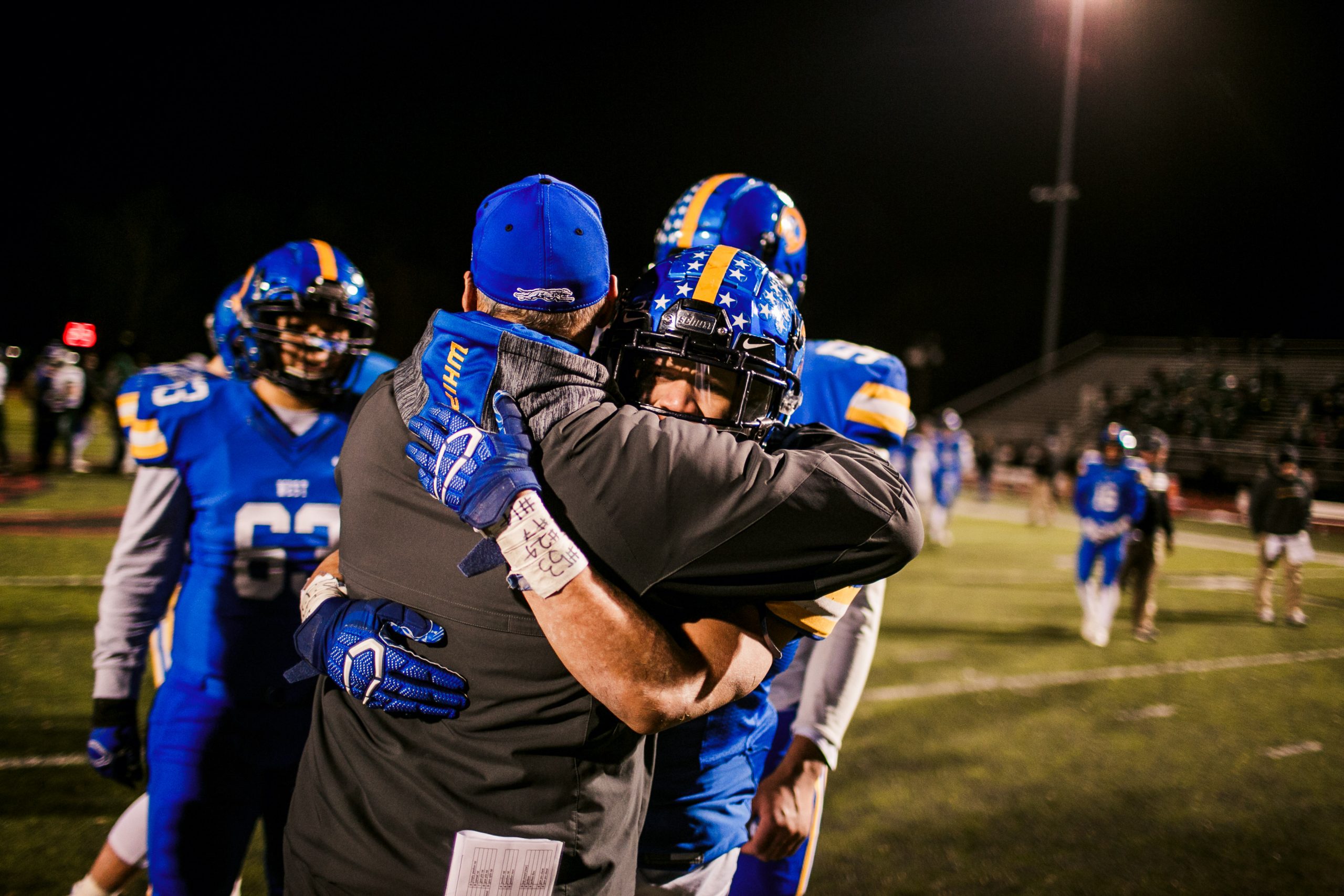 CALN — Downingtown West coach Milano brought his team in to huddle one last time and directed his Whippets on what was coming.

“The correct response, is ‘oh, yeah,’” Milano told them.

After every game, Milano led his squad on a cheer and his players would reply, “oh, yeah.” But on a night when an era ended, Milano adapted his prompt.

“Are we filled with pride?” he asked.

It’s a hard vantage point to realize that pride, following a loss in the Class 6A state semifinals. Central Dauphin turned the tables on the Whippets, rolling them 65-44.

Downingtown West’s Terrence Gainer walks off the field after the loss. (Nate Heckenberger – For MediaNews Group)

West won 13 games on the season, something only two other Downingtown teams had ever done. The District 1 title was the first since the district split to two high schools. There were 20-plus seniors on the roster, and almost all of them played significant roles.

It’s hard to predict the future, but this season will be hard to replicate for the Whippets, and that made the present that much tougher.

The week before, West knocked off Coatesville for the district title. Coming back seven days later against a team who was given a bye was an added challenge. How much Central Dauphin benefitted from an extra week to heal up and prepare will never be proven, but the way the Rams like to play methodical, power football, it certainly didn’t hurt.

West was going good early, but simply couldn’t match the intensity for 48 minutes.

“It was tough, but I wouldn’t blame any of this on that,” West senior quarterback Will Howard said of coming back off the Coatesville win. “We were ready to play and so were they. We came out and started fighting and a couple breaks went their way and that’s just how football goes.”

Downingtown West’s Will Howard undoes his chinstrap after throwing his second interception in the third quarter. (Nate Heckenberger – For MediaNews Group)

Fairness doesn’t mean much this time of year. In 2018, the PIAA changed the bracket to put the District 12 champ on the western side. Now instead of playing a team loaded with talent from all over the tri-state region, the District 1 champ gets to play the District 3 champ off a bye.

The one truth in football, is that physicality always reigns. Spread offenses and high-scoring finishes have seemingly overcome football, these days, but he who wins the line of scrimmage often wins in November and December. The Rams ran for nearly 500 yards.

This game was reminiscent of the 2012 state final, when Coatesville scored 28 points and lost by five touchdowns, due to North Allegheny’s powerful offensive line.

Downingtown West’s Tyriq Lewis reaches for what would be a Ches-Mont League record, 38th touchdown on the season. He added another to end the season with 39. (Nate Heckenberger – For MediaNews Group)

West scored a whopping 244 points in five playoff games this fall. In doing so, the Whippets broke the Ches-Mont record for points in a season with 673, formerly held by the 1996 Whippets (671). The problem was, they also gave up 209 postseason. The Whippets won by the sword and died by the sword, but at least they went out swinging.

This one will sting for awhile in Downingtown, but in a town that adores its football, and the legacies of its players, the 13-2, District 1-6A champion Whippets will be remembered much, much longer.

And these Whippets will have a bond not many teams in this area can match.