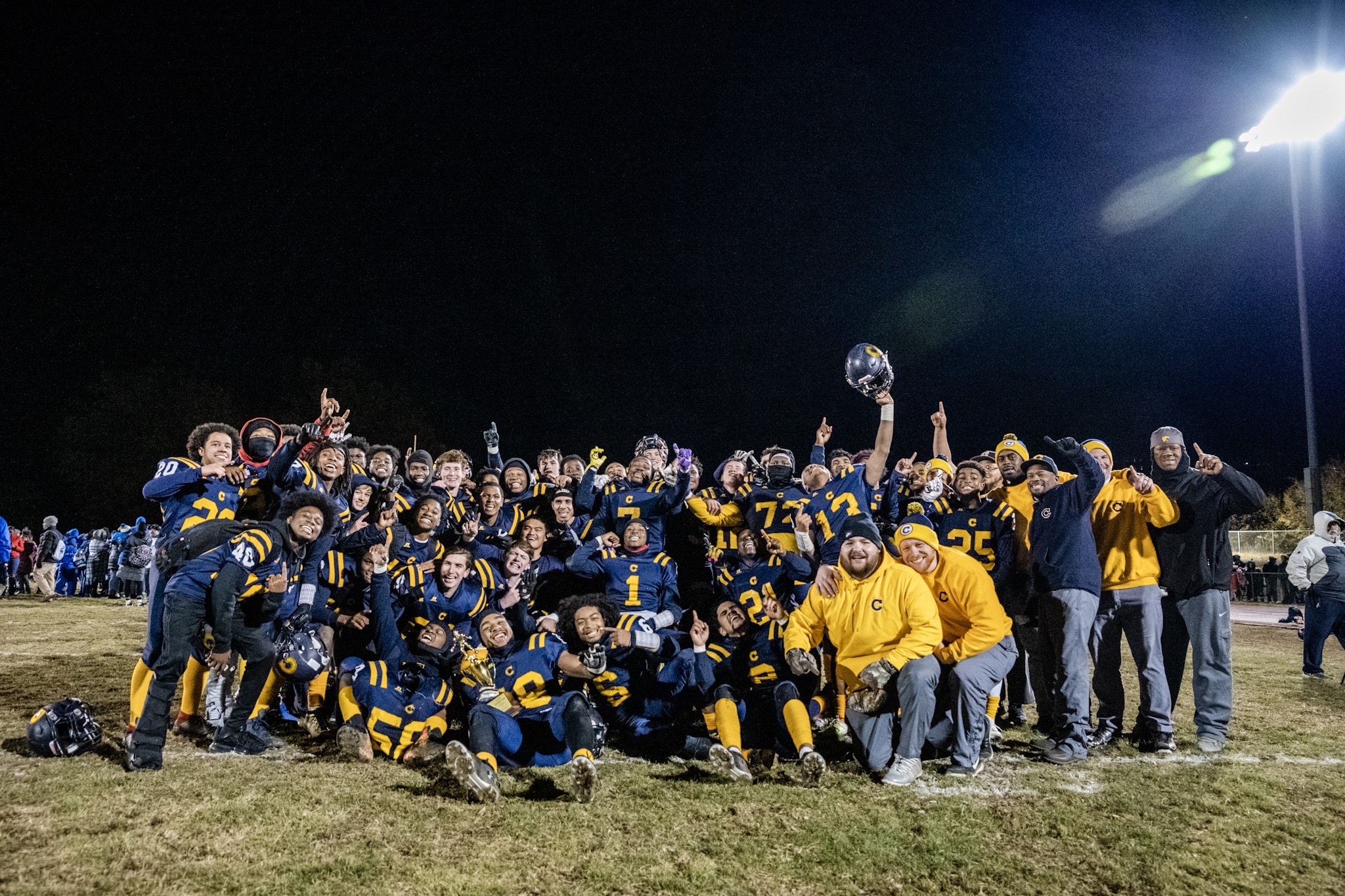 His Panthers, who racked up 554 yards of offense in a game overflowing with big plays, raced to a 56-49 victory over Cocalico Friday night at HersheyPark Stadium, ensuring that they will return next week to the same site, for their first ever PIAA-5A Championship Game appearance.

“In typical Cheltenham fashion, we never do things the ordinary way,” said Nase, who has directed a swift and fruitful turnaround at Cheltenham. “I’m sure there will be some sort of craziness next week too. That’s just Cheltenham in 2019 to be honest with you.”

The win advances the Panthers (14-1) to a showdown with perennial power Archbishop Wood, in a battle for the state title.

“It feels great, especially going against a school I used to go to,” said the Panthers’ T.J. Harris, who was an offensive and special teams threat that Cocalico (11-3) never found a way to contain. “It’s just more motivation.”

There were 105 points scored in this 5A semifinal, and touchdowns on three consecutive plays in a dizzying fourth quarter.

But Harris returned the ensuing kickoff 80 yards for a touchdown, putting Cheltenham back in front, 42-41.

On the next play from scrimmage, quarterback Noah Palm found a seam and was gone, busting loose for a 59-yard score and a 47-42 Eagle advantage, which widened to 49-42 when Steven Flinton took the toss and scampered in for the two-point run.

Back came the Panthers.

Cheltenham moved the ball 50 yards in seven plays, tying things up at 49 apiece when Nate Edwards (101 yds, 3 TD’s) sprinted in from 28 yards out.

Cocalico missed a field goal with 3 minutes, 17 seconds to go, and that is when Cheltenham began its final, decisive march (or sprint).

The Panthers chugged 80 yards in eight plays, taking the lead for good on a four-yard run by Edwards. Cocalico fumbled away the ensuring kickoff, and the Panthers could celebrate.

“It’s been that way all season,” Harris said. “My quarterback and I, every time we connect, we make big plays. We’ve been in this position before. We persevere through everything and we came out on top.”

The first quarter was plenty indicative of the plethora of points to come.

Edwards scored on a 50-yard run and Zachary Gaffin ran in for two to make it 8-0 Cheltenham, then Ronald Zahm busted loose for 43 yards, bringing the Eagles within 8-7.

Palm had a six-yard score for Cocalico, with the kick sailing wide, and then Barnes caught a 69-yard pass from Hunter to make it 22-20 Cheltenham.

Flinton (22 yards) and Shay (10 yards) had third-quarter touchdowns for Cocalico, making it 36-35 Cheltenham heading into the frantic fourth.

“I don’t care how we win, what it takes. As long as we win, I’m fine with it,” Nase said. “(On offense), we can go about a million different directions, and that’s what’s awesome…”

And next week, they’re headed back to Hershey.