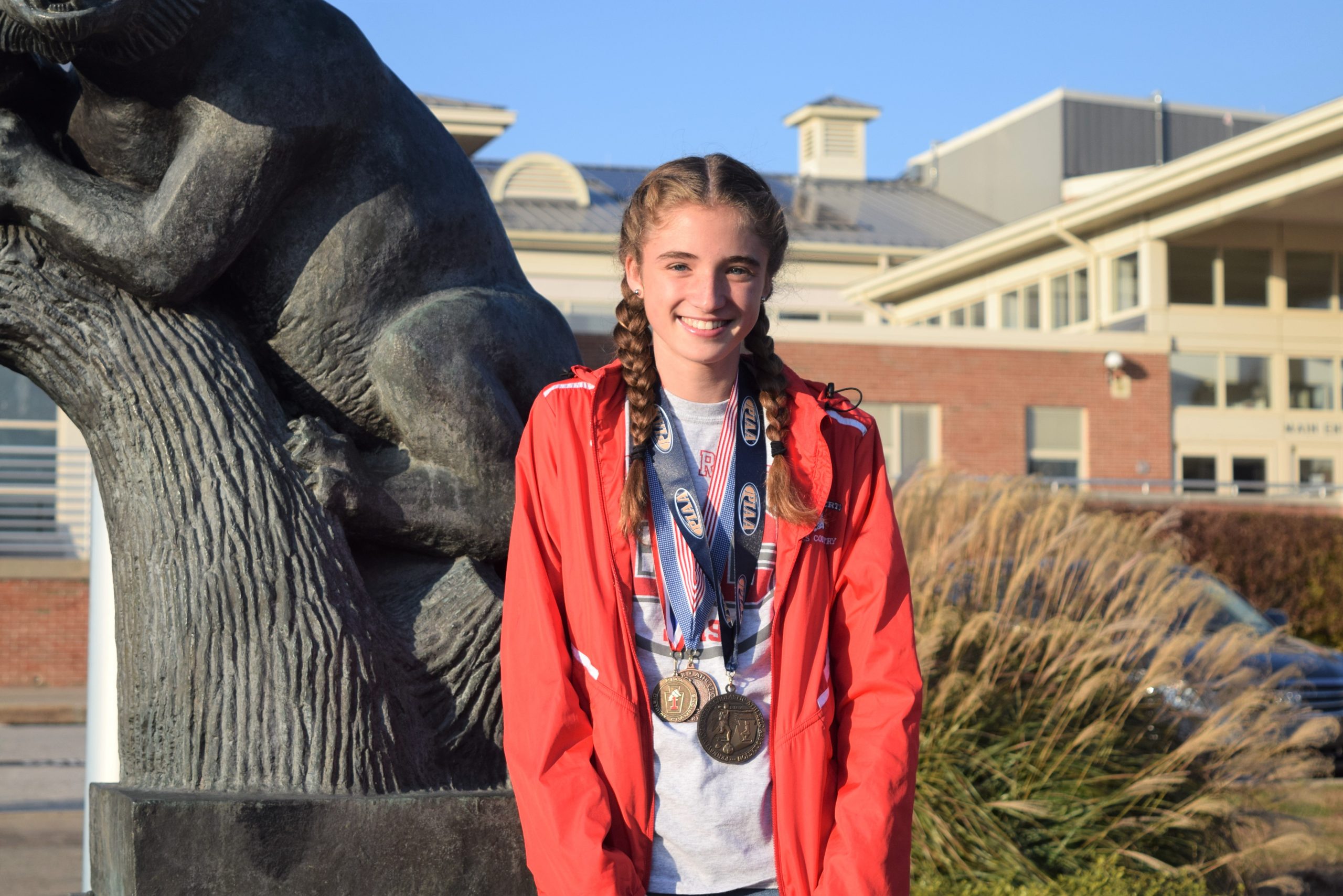 Claire Zubey’s upside as a distance runner was in full display this fall.

And there’s plenty more to be seen over the rest of her scholastic career.

Zubey has become the area’s latest freshman to excel at the high-school level in cross country. The Owen J. Roberts freshman put herself alongside the stars of the girls’ cross country ranks both locally and throughout the state … and at the forefront of runners from schools in The Mercury coverage area, being named its 2019 All-Area Girls Cross Country Runner of the Year.

Though she didn’t win any races over the sport’s 2½ week post-season, Zubey achieved a level of consistency unmatched by any other local runners from big and small schools alike.

She was a Top 10 finisher at all three levels (conference, district, state) and scored bronze medals from the Pioneer Athletic Conference and District 1 Class AAA races. She maintained that consistency by placing ninth in the PIAA Class AAA event at Hershey’s Parkview 5K course.

No area competitor, male or female, equalled that performance. Certainly no underclassmen, and most certainly no first-year runners.

“I always thought she had the ability,” Owen J. Roberts’ head coach Tim Marcoe said. “From Day 1, a state medal … that’s what it was about. At districts, that’s where I said ‘Wow.’ It was an eye-opener.”

Zubey’s involvement in the sport dates back to her second-grade year, participating in the St. Basil’s Catholic Youth Organization (CYO) track program. She was successful at the middle-school level, winning the PAC meet as an eighth-grader.

“She’s modest and unassuming,” Marcoe added. “We kind of knew from the middle school team … she ran some really good races.
She made an immediate impact as a high-schooler, winning the season-opening All-City Race in her first meet on the team’s Warwick County Park course.

“My confidence was boosted by that,” Zubey said.

Claire’s confidence got even more of a boost by her performance in several meets during September.

In the Sept. 7 Unionville Two-Mile Bash, she won the freshman race in a time of 11:53.90 – 17 seconds ahead of the next finisher. In the Harrier Invitational at Pottstown Sept. 13, she went first in the Varsity Girls Race No. 6, clocking an 11:57.

“There was the transition of getting through distances, going from 1.8 miles to five kilometers,” Marcoe noted. “The big thing was the level of competition. In middle school, she’d go out and be in front.

“She needed to understand not every race is the same. There are different tactics. You want to build up toward end of the season.”

Zubey got a feel for that concept at the PAC championships. Her first time on the Heebner Park layout, she ran a 19:05.10 to finish behind another freshman, Perkiomen Valley’s Summer Watts (18:51.40) and defending race winner Naomi Hillen of Pottsgrove (19:00.00).

“I went out too fast,” she recalled. “In the beginning, I was behind Summer Watts.”

Zubey’s third in districts came after shaving 45 seconds off her PAC time on Lehigh University’s Goodman complex course. Her 18:20.90, a personal best, was eighth-tenths of a second behind AAA runner-up Allyson Clarke of West Chester East (18:20.10), the race won by West Chester Henderson’s Jenna Mulhern in a 17:49.10 runaway.

“I wanted her to take her ability and execute the race … not go out hard, then hang on,” Marcoe said. “At districts in the first half, we saw she could hang with the kids.”

At states, Zubey ran an 18:59 on the modified Hershey Parkview course on the way to a Top 10 medal. She edged East’s Clarke by two seconds.

“I ran a really fast race, and kept working,” she said. “I like the hills on the second mile.”

Dealing with hills was a priority in Zubey’s training. She had the benefit of regular runs on Owen J’s home course at Warwick County Park, which features a steep hill on its southern side.

“The focus on running hilly courses is to save energy,” she said.

Marcoe, in his coaching capacity, had another focus on Zubey’s development.

“For me, the goal was to get her to the line healthy and confident,” he said. “With her kind of talent, we’ll let her go well and see what happens.”

With cross country behind her, Claire will now set her sights on participating in OJR’s winter track program. In addition to the two-mile and mile runs, she would like to try out the 4×800 relay.

“The challenge for her is, it will be more individual,” Marcoe said. “The mile is probably her best event.”

Zubey will have the momentum derived from her cross country success driving her on the track.

“I had a good season,” she said. “The best was districts.”