Cheltenham climbs the mountain in District 1-5A 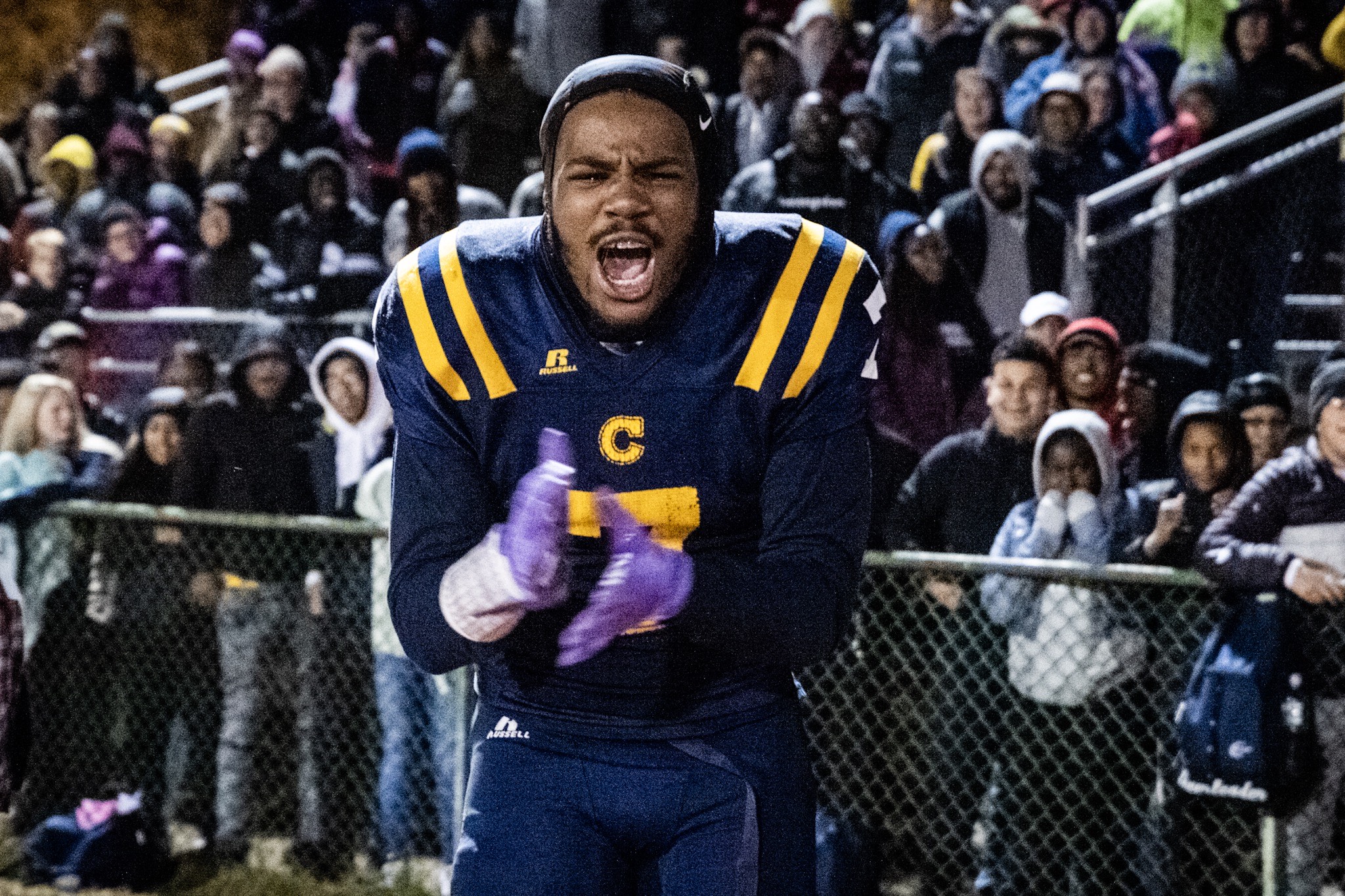 Cheltenham’s Sidiqq Williams (7) shows his excitement when it was clear the Panthers clinched the District 1 -A title over Academy Park with a 43-42 win in the district final on Friday, Nov. 22, 2019. (James Beaver/For MediaNews Group)

This Cheltenham team will always be defined as District 1-5A Champions, thanks to its thrilling 43-42 victory over Academy Park on Friday night.

“I want a district championship banner in that gym, and it ain’t ever comin’ down,” Nase said.

Nase has directed a swift turnaround for the Panthers, who went from an 0-7 start in 2017 to a district title just two seasons later.

“We never really talked about championships or winning games. It was always just about being the best ‘us’ that we can be,” Nase said, “and if our kids can take that beyond the field, and into the rest of their lives, then I really did a good job as a coach.”

Of guiding the Panthers to the turnaround, Nase said: “We knew it was gonna get better if we just stayed the course and got the kids to buy in. People ask me all the time, ‘what’s been the biggest change? What did you bring that changed things?’ And I think the only thing that I brought was that the kids trusted me.

“We don’t do anything super exotic. We know who we are, we do what we do, the kids trust me, I trust them, and we just go. And to me, that’s been the biggest thing and the coolest change about this turnaround.”

#FOOTBALL: @CheltenhamSD receives the District 1-5A championship trophy & celebrates after its 43-42 victory over Academy Park in the district final. pic.twitter.com/6soLWOruyD

That trust and belief surfaced when it mattered most, in a back-and-forth, wild fourth quarter that saw Cheltenham reach its greatness.

“Even when we were down, we always felt like we had a chance,” quarterback Adonis Hunter said. “We have so many great players. We always feel like we have a chance.