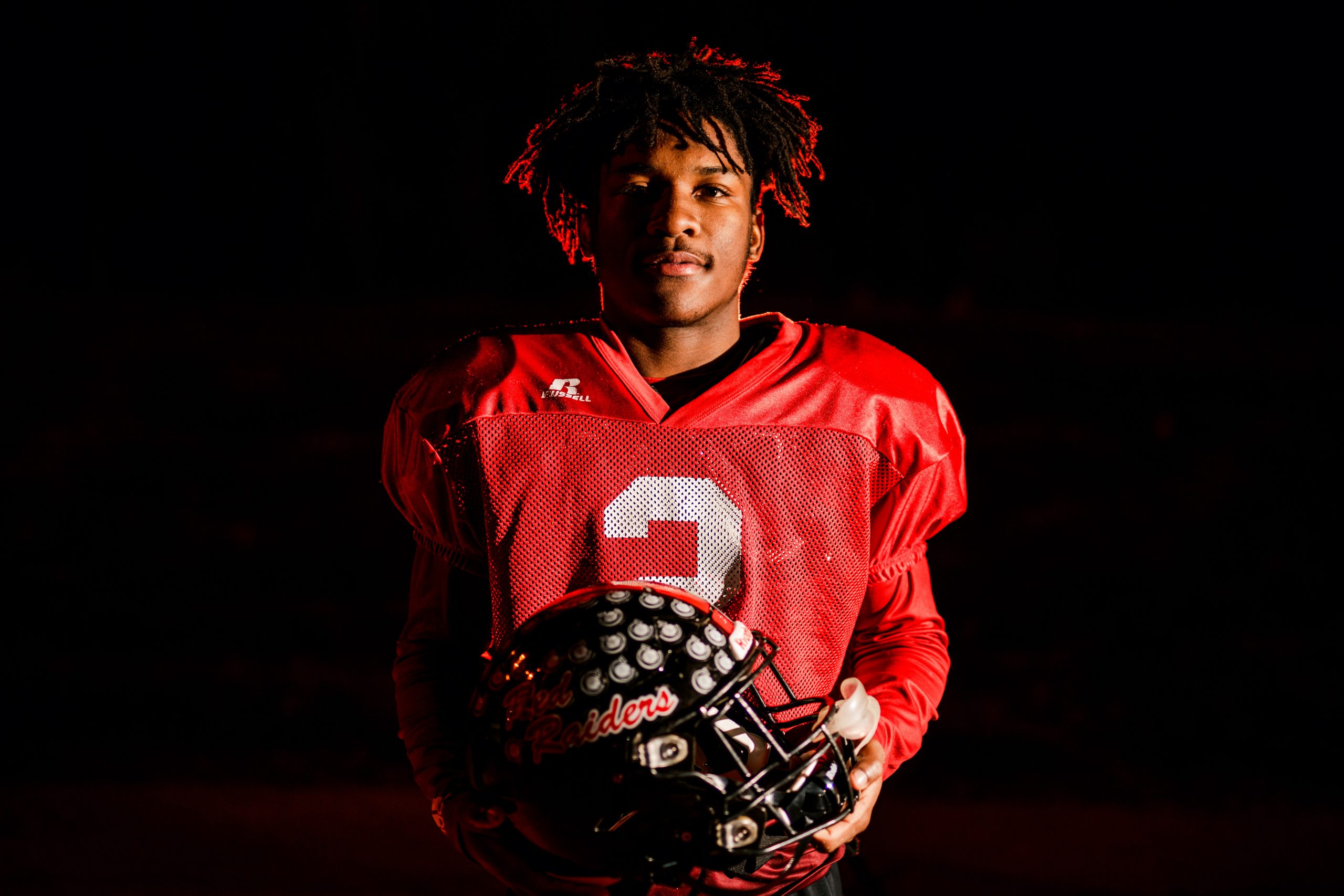 CALN — Coatesville’s offensive coordinator Jim Cantafio has seen a lot of football in his day, and even still, things he’s witnessed the last few years have surprised him.

Especially when it comes to Dapree Bryant.

“In 45 years of coaching I’ve never had a wide receiver like him, that can turn a game around in a second,” Cantafio said. “Every week I’m amazed. It’s one big play after another. Whether it’s a punt return, reception he turns into a big play or picks for touchdowns.”

Bryant was a varsity player the moment he stepped on Coatesville’s campus as a freshman, and he’s been a human highlight reel the last four years.

Coatesville coach Matt Ortega recognized that potential years prior, though he wasn’t sure it would be fulfilled on a football field.

Coatesville’s Dapree Bryant has shown out even brighter as a senior, in his fourth year on varsity. (Nate Heckenberger – For MediaNews Group)

A connection between Ortega and Bryant in middle school, along with an epiphany on social media, set one of the storied careers in motion.

“I looked on Instagram and I saw people my age dunking,” Bryant recalled. “That’s when I thought football was a thing for me.”

The gridiron has become home for Bryant, but he still excels as a guard on the basketball team and sprinter on the track. And each feeds the other.

“He’s just so multi-faceted,” Ortega said. “He’s so talented and has such good hand-eye coordination. I really put it back to his point guard ability. That’s what I think is best attribute in terms of the football field. He’s a pure point guard and I think on the football field you see that. I think that’s why he sees the lanes that sometimes people don’t see.”

The anticipation and field vision has paid off with Bryant’s expanded role on defense and special teams. Bryant has picked off six passes this season, three of which were returned for touchdowns. He also has kick and punt return for TDs this season, giving him eight non-offensive scores for his career.

Coatesville’s Dapree Bryant runs back an interception return for a touchdown. It was his second on consecutive drives. (Nate Heckenberger – For MediaNews Group)

Friday nights are on the verge of extinction for Bryant and Coatesville. Only one more is guaranteed — Friday’s District 1-6A championship game against Downingtown West — with a max of three.

Fortunately for Coatesville, the postseason is where Bryant has shined brightest. Of the 55 games the Red Raiders have played since 2016, none of which Bryant has missed, by the way, 16 of them were in the playoffs.

In seasons past, the likes of Avery and Aaron Young, among others, made Coatesville a different kind of beast. This year, Ricky Ortega and Bryant have carried more of the load. For the first time in his career, Ortega missed a game due to injury and was limited in others.

With Bryant still around, Coatesville not only survived, but flourished. In an early season game against Unionville, the first three times Bryant touched the ball he scored, taking a rocket screen, a punt return and a kickoff (which was called back due to a penalty) to the house. To top it off, Bryant had the game-saving pick six in the final moments.

“He’s just real calm and then out of nowhere he just gets open and just goes,” Coatesville receiver/safety Abdul-Sabur Stewart said.

In the Unionville win, Bryant touched the ball just eight times. Last week, against Garnet Valley, Bryant was shutout in the first half. His first, and only, reception came minutes after the Jaguars took a 27-20 lead, and the 50-yard gain on a bubble screen reversed momentum.

Once again, Bryant slammed the door shut with not one, but two straight interception returns for TDs at the end of the fourth.
“I just know my other teammates can make plays,” Bryant said. “Either I make a play on offense or I make a play on defense. It doesn’t matter if I get the ball or not, I’m just trying to make plays on both sides of the ball.”

Matt Ortega has come to realize it’s only a matter of time until his superstar lives up to his reputation.

“You can only contain him so long,” Matt Ortega said. “Any given point he can have a breakout play. He’s a special athlete and those kinds only come around once in awhile.”

In four career games against the Whippets, Bryant has 14 receptions for 294 yards and three TDs.

It’s the game of the decade in the Ches-Mont League. This district final will be talked about along route 30 for decades to come. If history has taught us anything, Bryant will be up to the task. Even Cantafio wouldn’t be surprised by that.

“We’re riding our horses,” he said. “It’s like the Kentucky Derby and we have the No. 1 and 2 studs in the game. We’re gonna ride them.”

DiGIOVANNI: 11 years later, Coatesville’s gamble on Ortega has paid off … and then some
2019 All-Pioneer Athletic Conference Football Teams