McCaffery: Even in defeat, prestige is back for Strath Haven soccer 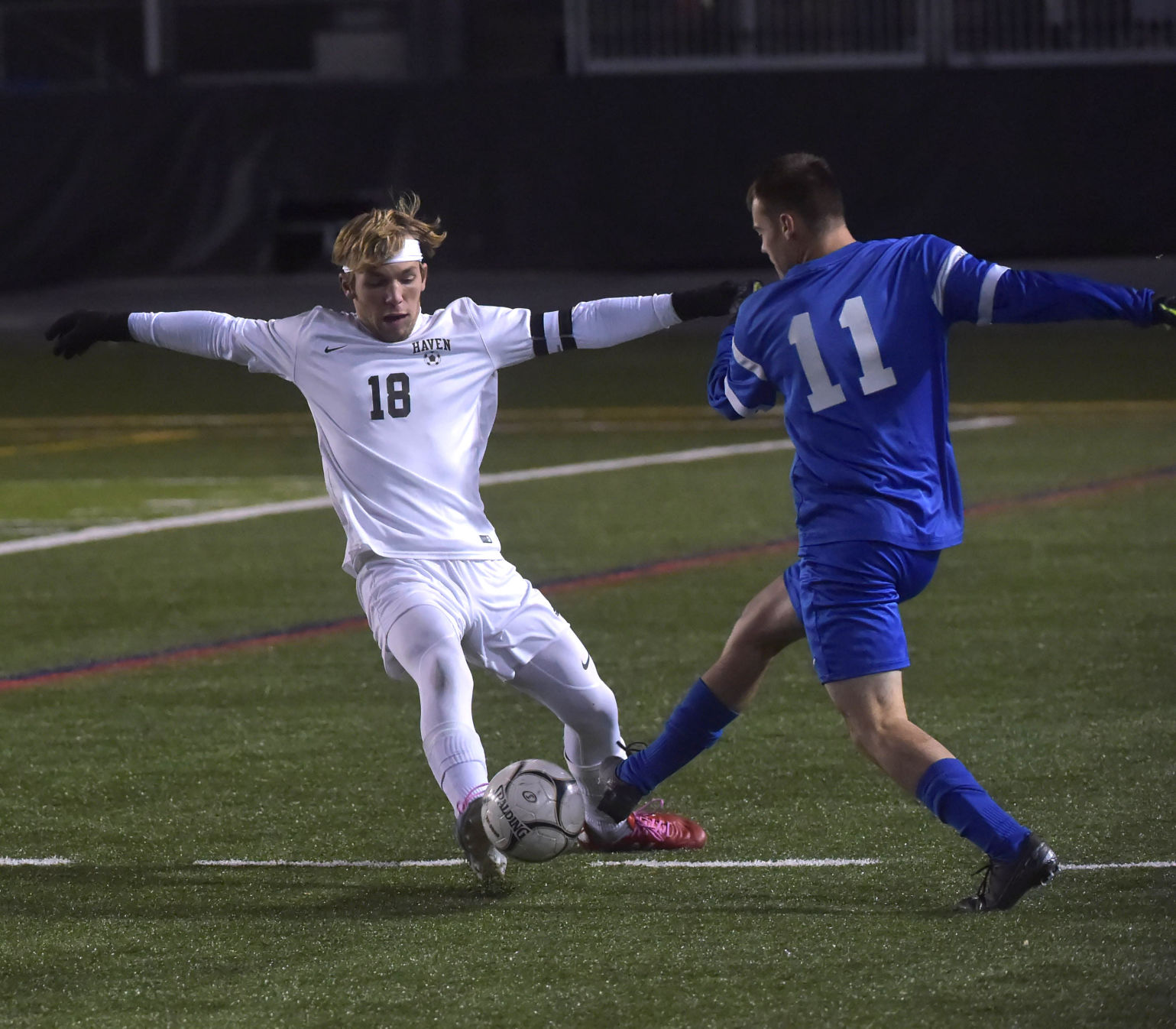 HERSHEY — The silver medal around his neck was ample in size, the lights high above Hersheypark Stadium adding to its shine. The plaque in his hand was nicely designed in wood, appropriately engraved, a prize for a Strath Haven High soccer season well played.

To Simon Bolinger, the awards were not as much sources of satisfaction as they were implements of motivation.

“They don’t hang banners in the rafters,” the Panthers’ junior captain would say, after handing off the trophy to teammates, “for being the runner-up.”

At some schools, they might, and with reason. It’s not easy to advance to the final round of the PIAA Class 3A state tournament once, let alone in consecutive years. Nor did the Panthers have much reason for pity Saturday after a 2-1 loss to Lower Dauphin, which scored one of its goals on a penalty-kick. Said Strath Haven coach Ryan O’Neill: “We had six underclassmen starting, and we competed against one of the other prestigious soccer schools in Pennsylvania. It was exciting. And we had our chances.”

O’Neill’s praise for Lower Dauphin was sincere. But in it was a message, illuminating as the Christmas decorations an amusement park just outside the stadium.

Simply, it was this: Strath Haven is again, if it hasn’t always been, one of those prestigious soccer schools too.

O’Neill was a player on the 1995 Panthers’ state championship team, the Daily Times Player of the Year. He remembers the 1996 team, another state champion. When the Panthers won a co-championship in 2001, it technically wasn’t a dynasty, though it felt like one. Then …. not much. And given that it was 18 years ago, it meant none of the current Panthers likely were even born. Yet somehow, they knew. They knew of the legends. They knew of the pride. They knew that Strath Haven belonged among the cream of PIAA soccer. And that meant Saturday, they were in the right spot.

“I think this is definitely something people will remember,” Bollinger said. “Back-to-back state championship trips, that’s important. That’s something to be proud of.”

Strath Haven’s Simon Bollinger, right, heads the ball ahead of Lower Dauphin’s Buck Diacont in the second half of the PIAA Class 3A championship game Saturday night at Hersheypark Stadium. The Panthers came up on the short end of a 2-1 score. (PETE BANNAN – MEDIANEWS GROUP)

Bollinger and the Panthers were trying to convince themselves of that, anyway, even as Lower Dauphin, which had won the right, was doing the Gatorade-bucket routine across the field. In some circumstances, that may have been difficult. But after having been eliminated with a 4-0 loss to North Allegheny last November in a match that rolled out of control early, the Panthers were hardly out of place Saturday against the District 3 champions, who would finish 22-3-1.

The path may or may not be as difficult for the Panthers next season, but it will be different, as enrollment changes will bump them into Class 4A play. But the six returning starters will have had the two-year run-up to a possible championship, with those consecutive appearances in the finals. Emmet Young, a midfielder who provided 80 minutes of energy and opportunity Saturday, will have graduated by then. But if his mission was to leave Strath Haven soccer in a good place, he was successful.

“I feel like we are in a great position now,” he said. “We have five or six returning starters. We got here. We were one of the state’s top two 3A teams. It was a great season. And we have great guys coming off the bench for next year.

If that means a breakthrough to another PIAA championship nearly two decades later, Young and the departing Panthers will have been vital to that resurgence.

“We see the banners everywhere,” Young said. “We see plaques on the wall. And Ryan is our coach, still one of the best-ever Strath Haven players. It was heartbreaking that we couldn’t win. But maybe they will break through.”

The Panthers finished 16-8-1, but showed a championship-level drive in the postseason, even rallying to force a 1-1 tie on a goal from sophomore Jake Hooper with 24:07 left Saturday. But in winning its third state championship in four years, Lower Dauphin was just one shot better.

To O’Neill and his returning Panthers, the next preseason will arrive soon enough.

“Clearly when you’ve made runs like this the last couple of years, that builds and the momentum builds and the support builds,” the coach said. “We definitely talk about our goals over the past 30 years. We want to come here. We want to win state championships. They are lofty goals. So we talk about the history. We talk about how I have teammates who were here, and how I get tons of e-mails and texts of supports from alumni and people who truly bleed Strath Haven soccer.

“Some of these kids have parents who went there. So they are very aware of the history. They want to make it proud. And I think they did today.”

The stands were empty, the chill still bitter, the disappointment still real as the Panthers climbed into a bus for a journey back to Wallingford. Somewhere in the luggage compartment was a second-place trophy. Some day, whenever the Panthers win their next state championship, it will not have seemed so heavy.