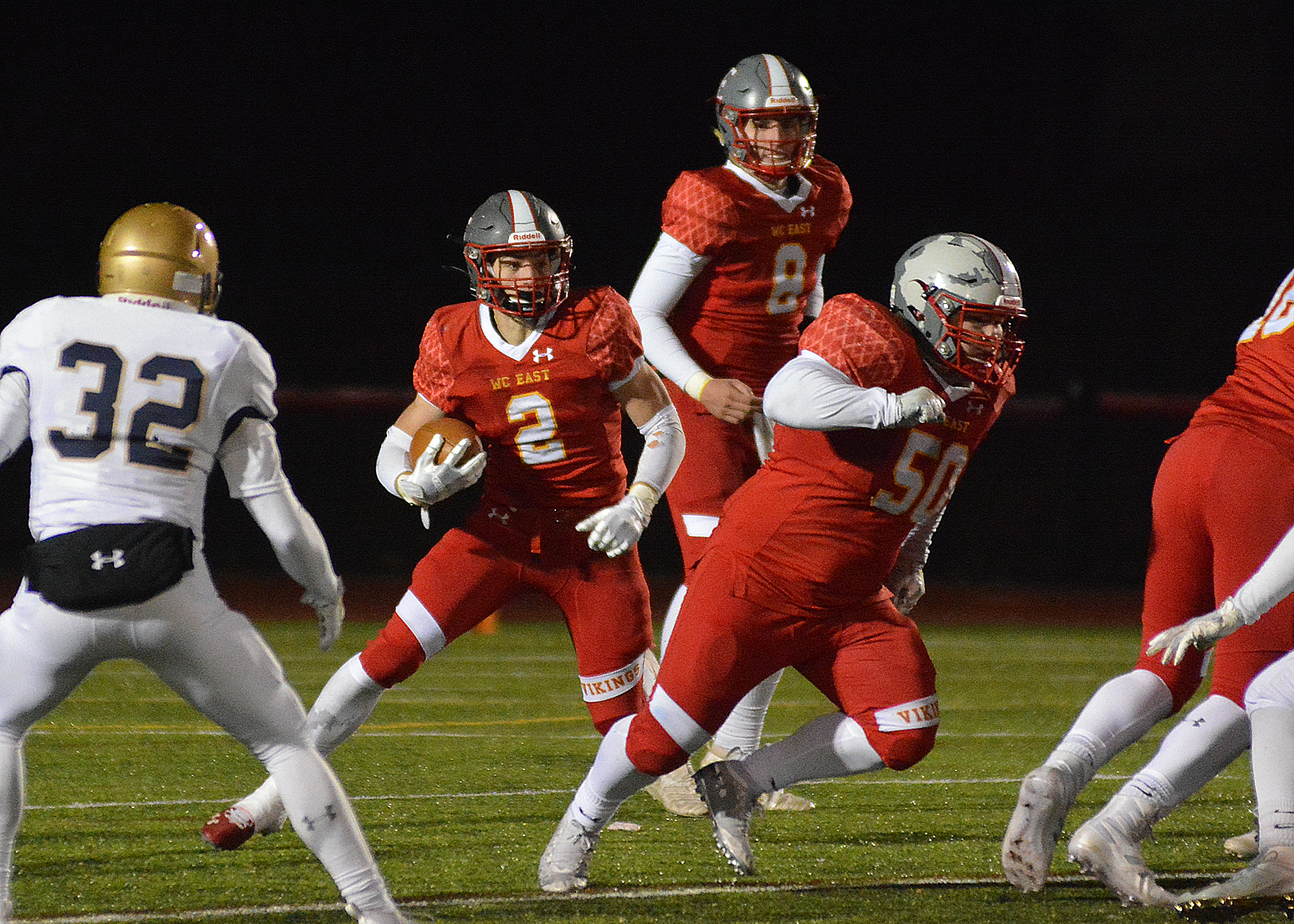 WEST GOSHEN—The Vikings season may have come to an end Friday night with a loss to cross town rival Rustin in the quarterfinal round of the District 1, Class 5A playoffs, but a lone defeat does not define this season for West Chester East, which made huge strides as a program.

When the graduating class came in as freshman, the Vikings had been struggling. As seniors, the team blew through the Ches-Mont American, capturing its first league title of any kind since before the merger with the Southern-Chester County League. The Vikings also earned the number two seed in the district tournament.

“Back in 2017 when I came here, we talked about building a program here at West Chester East,” said Vikings coach Scott Stephen. “These kids listened, and bought in right away. This senior group has just been tremendous. They made all the sacrifices and commitments you can ask, and were everything you could ask for as a coach.”

When the two teams met in the regular season, when the Vikings won 27-7, East held Rustin’s running game mostly in check, with the Golden Knights managing just 129 yards rushing, barely half their season average. Friday, night, the Knights were far closer to their average of 262 per game, led by Drew Gallen, who broke open a couple of huge runs, and finished with 150 yards on 18 carries.

Instead, it was the Knights defense that came up strong against the rush, holding one of the top backs in the country, Kyle Chicanowski, to just 76 yards rushing, and no touchdowns.

Few seniors had the impact Chicanowski did. The Vikings running back led the county in rushing, topping the 2000 yard plateau for the season, running through and around defenses all year long.

“You start out the years with setting goals, and you start to envision them happening, as a coaching staff, and then as a team,” said Stephen. “Then when you start achieving those goals, it is incredible to watch.”

Though the Vikings will surely miss this group of outgoing seniors, this was the kind of season that can have a huge impact on a program. Winning has a tendency to cure a lot of ills, from low numbers coming out to start, to instilling a feeling of confidence.

“It is always great when the younger players get to see extra games,” said Stephen. “Getting the kind of experience they have in big games, with the kind of role models and mentors they had with this senior class, will go a long way in the future.”

While that future is looking brighter by the day, this season won’t be forgotten anytime soon.

“First of all, we love these kids and this team,” said Stephen. “This is as good a group of guys we’ve ever gotten to coach. Now these guys have seen what it takes to win at this level. We have to keep plugging. We fell a little short of our goals for this year, but we’ll come back, work hard, and see if we can keep progressing forward next year.”