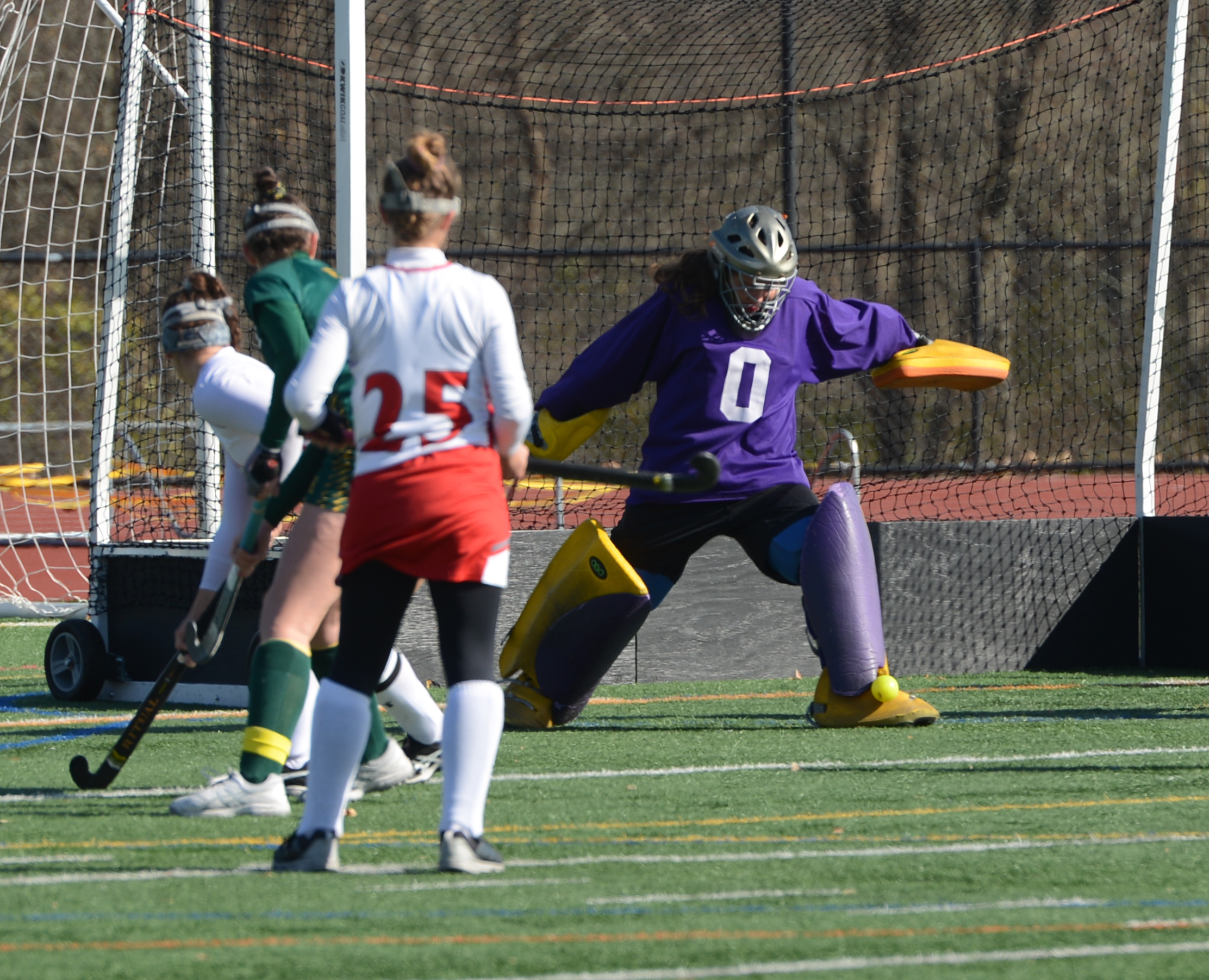 REIFFTON >>  The list of accomplishments is fairly long for the Owen J. Roberts 2019 senior class.

Over the course of their four years at OJR, they extended a streak of five straight Pioneer Athletic Conference championship appearances, including wins in 2016 and 2018. They made back-to-back district semifinal appearances, winning in 2018 for the first time in seven years. They won the school’s first and second state playoff games.

The journey, which began for many back in middle school, ended Saturday at Exeter High School when the Wildcats fell 3-0 to District 11 champion Emmaus in the PIAA Class 3A quarterfinals.

“From youth on up, into middle school, going to open plays over the summer, we all commit to this sport,” senior Rory Cahill said. “We’ve been playing together and working together pretty much since sixth, seventh grade … We definitely accomplished a lot and made history in our OJR field hockey program.

Emmaus, a perennial state contender, brought an undefeated record (now 25-0) into Saturday’s contest, and Owen J. Roberts (20-4) knew it would need to take advantage of limited opportunities in order to pull off an upset.

Instead, Annika Herbine, Alexis Kociban and Rachel Herbine scored goals for the Hornets, while Emmaus goalkeeper Bailey Tietz saved all six shots she faced to push their team to its 10th straight PIAA semifinal.

Annika Herbine put Emmaus up 1-0 with 18:43 left in the first half, but OJR goalie Cayden Jarvis and her defense, including defensive saves from Cahill and Alyssa Greiner, kept the Hornets from extending their advantage in the first half.

The Wildcats had to defend nine corners, winning five for themselves, and faced 13 shots on goal in the game. Jarvis made seven saves, sprawling out on the ground on multiple corner attempts.

“We all back each other up because we know even if one girl makes a mistake and the ball gets by her that we have plenty of other people right behind her ready to back her up,” Jarvis said of OJR’s defense. “We just have the confidence to make the plays to get the ball back.”

Emmaus was tied with Garnet Valley at halftime in its opening round win on Tuesday. The Hornets broke away with four goals in the second half for a 6-2 win.

Another second-half outburst helped them pull away Saturday, scoring two goals in a two-and-a-half minute span to increase their lead to 3-0 by the 18:50 mark in the second half.

Kociban scored after some nifty passing on a corner with 25:53 left before Rachel Herbine put a rebound into the back of the goal off another corner attempt.

“I think you just have to hang in there,” Butz-Stavin said. “You’re going to have peaks and valleys during a game. Sometimes it might be our conditioning. Sometimes we just get a good break on the field. You just have to take advantage.”

The Owen J. Roberts seniors have lauded the play of the team’s upperclassmen throughout the season for filling the holes left by last year’s senior group.

Cahill and others have described a chemistry the team has built since summer workouts and even last season. For Jarvis, a vocal leader, that will be the thing she misses most.

“I won’t be able to step on the field with them again which is a bit heartbreaking,” said Jarvis, who made sure to get in some goodbyes to her younger classmates before she headed off the field one last time.

“We are a family out there,” Cahill added. “We don’t just say it. We are. It’s heartbreaking that this is the way we ended our season, but we all went out played. We knew coming into this that Emmaus was a good team, and they were, but we were with them. We stuck with them.”