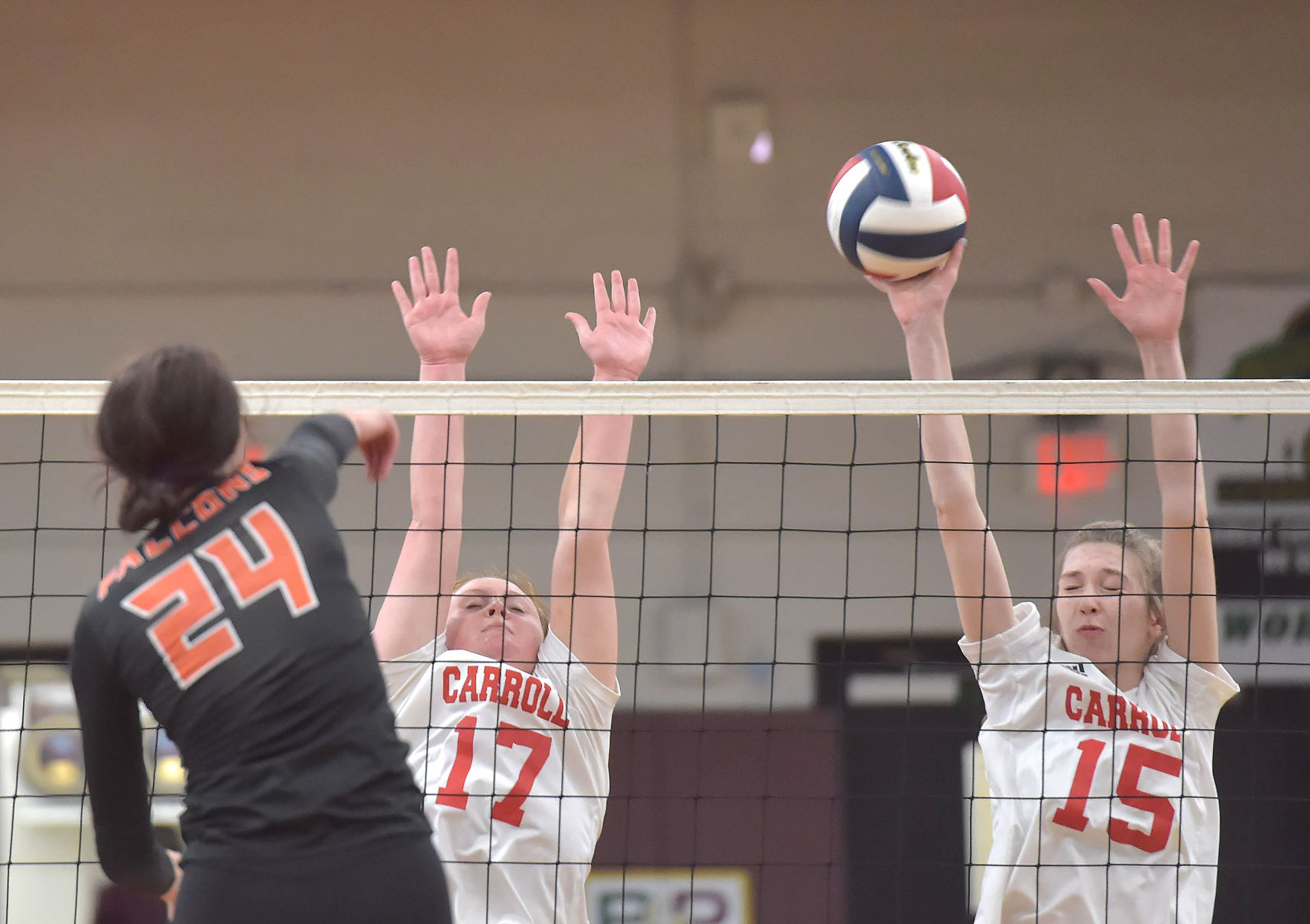 UPPER DARBY – Anytime Pennsbury needed a point against Archbishop Carroll in the opening round of the PIAA Class 4A volleyball tournament Tuesday, Falcons setter Carissa Van Veen immediately looked to senior outside hitter Elley Torres. If she wasn’t available, junior Izzy Marinelei was the next option.

It proved to be a winning strategy.

Van Veen dished out 38 assists, many to Torres, as the Falcons made short work of the Patriots in a 3-0 victory at Bonner-Prendergast. Pennsbury needed a little more than an hour to snap Carroll’s 10-match winning streak and eliminate the Patriots 25-15, 25-14, 25-18.

“Our passing and our defense allowed our setters to run the offense,” Pennsbury coach Michael Falter said. “We’re a good offensive team when we get our hitters in sync.”

Torres, who pounded 24 kills, and Marinelei (13 kills) were in a groove from the start, thanks to Van Veen, who had 13 of her helpers in the first set and kept that pace going right through the match to send the Falcons into Saturday’s semifinals against the winner of the match between District 1 champion Bishop Shanahan and Cumberland Valley, the third place team out of District 3. Shanahan beat Pennsbury in the District 1 semifinals, 3-0.

Van Veen and Torres seemed to have a special connection, especially in the opening set, which established the tone for the match. Torres, who has committed to NJIT, had four of Pennsbury’s first 12 points, all off assists from Van Veen.

“She’s been our setter for two years now and she knows I always have her back,” said Torres, who had a .400 hitting percentage. “That’s why we have such a connection. She knows I’m there for her.”

Van Veen gave all the credit to Torres.

“Elley’s the type of hitter that even if I give her a mediocre set she makes me look good,” Van Veen said. “She’s such a great hitter that she makes my job so much easier.”

While Pennsbury (21-3) found a groove early, Carroll (19-5) was never able to get into a rhythm. A 6-1 start in the first set got things rolling for the Falcons. The Patriots never recovered from that opening salvo. A 7-0 run gave Pennsbury control in the second set and a 6-0 burst in the third set ended any thoughts the Patriots had of mounting a comeback.

“I saw them three times on film and they’re good,” Carroll coach Brian McCann said. “But that’s the best I saw them pass the ball. Give them all the credit. They passed the ball lights out. First ball, defensively, playing balls out of the ceiling, they played every ball cleanly and well. My hat’s off to them. We played OK. We made a lot of errors, but they forced a lot of errors. Those two kids on the outside can really bang the ball. If they play like that, they’re going to be tough to reckon with.”

Pennsbury’s defense also took a lot of the steam out of Carroll’s attack. The Falcons did not let the ball hit the floor. Senior Libero Abbie Drewes led the way with 13 digs. Torres and middle blocker Brooke Burns chipped in with 10 digs each.

“I think that’s the first time that we did everything in a match that we worked on in practice,” Torres said. “We moved our feet. Our passing was excellent and our hitting was very good. When we do that we can be a dominant team.”

Seniors Paige Monastero (10 kills), Leah O’Brien (22 assists), Audra Quigley (career-high 14 digs) and junior Meghan McCann (15 digs) tried to rally the Patriots the way Carroll came back from a 2-0 deficit to beat Cardinal O’Hara in the Catholic League championship match, but it was not meant to be.

“They definitely had a great game,” Monastero said of the Falcons. “They showed that they really wanted to win today.”