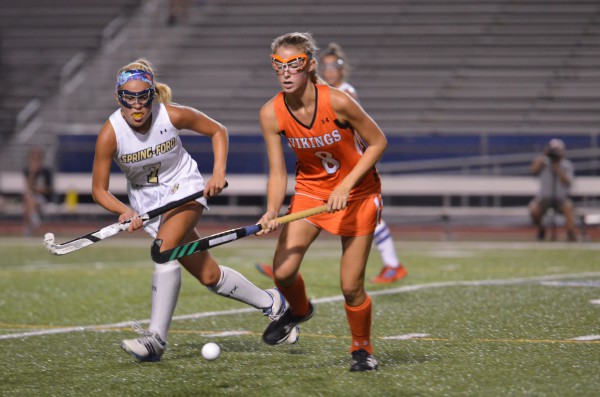 Kelly Baitinger scored two goals in a span of just more than two minutes to help the Vikings get out ahead early in a 3-1 win over District 2 champion Wilkes-Barre in the PIAA Class 3A first round Tuesday.

The Vikings, who have advanced to the state quarterfinals for the second consecutive year, will face District 3 champion Lower Dauphin on Saturday.

Baitinger tallied her first goal off an assist from Katie Wuerstle with 23:56 left in the first half. She then scored off an Ashley Elvidge assist to give PV a 2-0 lead at the 21:51 mark.

The Vikings carried the two-goal advantage into the second half before Wilkes-Barre’s  Jolene Ulichney scored on a corner with 20:25 left in the game. Wuerstle picked up her second assist, finding Danielle Hamm on a corner with 16:50 remaining to put PV up by two for good.