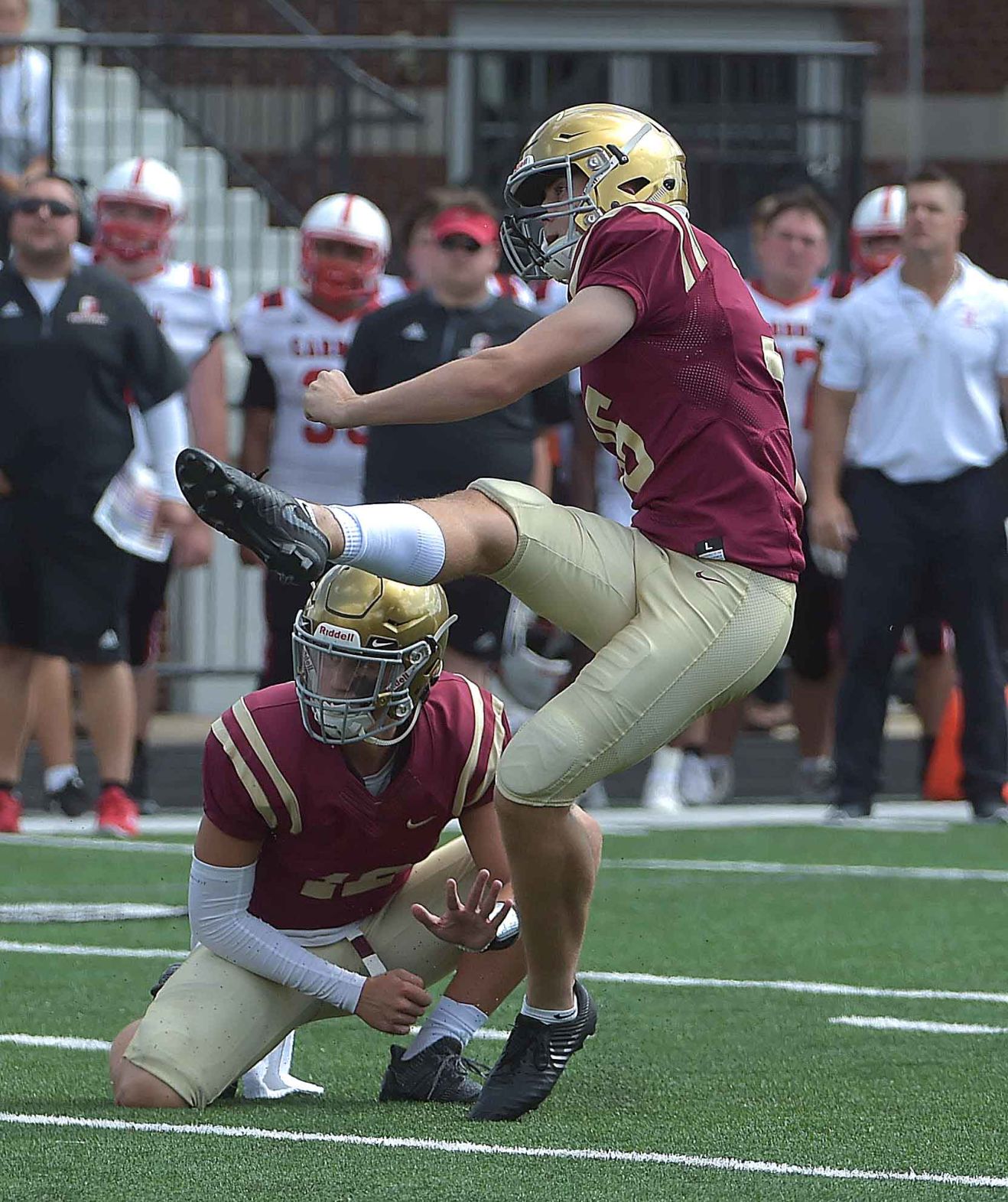 “We knew coming over here that we would be in for a dog fight on their field,” said Haverford School head coach Michael Murphy. “Our league across the board this year in my opinion has been as even and as good as it’s been. We had a great week of practice heading into this game, and to come over here and beat a rival on the road in their place, I am really proud of our football team.”

Haverford School started the game off quickly, putting the Friars into a 20-point deficit in a blink of an eye. In the first quarter, the Fords jumped off to a quick start with a 23-yard field goal, a safety and a 75-yard touchdown catch and run by Daiyaan Hawkins.

In the second quarter, it looked like much of the same would ensue, as the Fords intercepted a Lonnie White Jr. pass and then capitalized on their field position with a 28-yard touchdown run by Mekhi Ajose-Williamson.
However, White decided to take matters into his own hands, as he sparked the Friars comeback on their next two drives.

White would go on to rush for two touchdowns from 49 yards out on both, and put the Friars within just one possession.

“I was very proud with how we played for all four quarters,” said Malvern Prep head coach Dave Gueriera. “All year these kids have been faced with adversity and they come back ready to fight. I’ve been proud of them all year and I am very proud of them today for staying In it and continuing to fight.”

As the fourth quarter approached, both teams were on the cusp of winning the game; however, the dagger for the Friars came when Haverford School’s Chris Clark kicked a 50-yard field goal and settled the Fords down. Both teams would go on to score again, but time ran out before Malvern Prep had one last drive.

“I just told Chris Clark that his points were huge,” said Murphy. “It was teetering for a moment. A one score game and everyone is thinking what are you doing kicking a 50-yarder, but he has the legs for those things. I think that kick put our team at ease to go on to win. That kick was huge.”