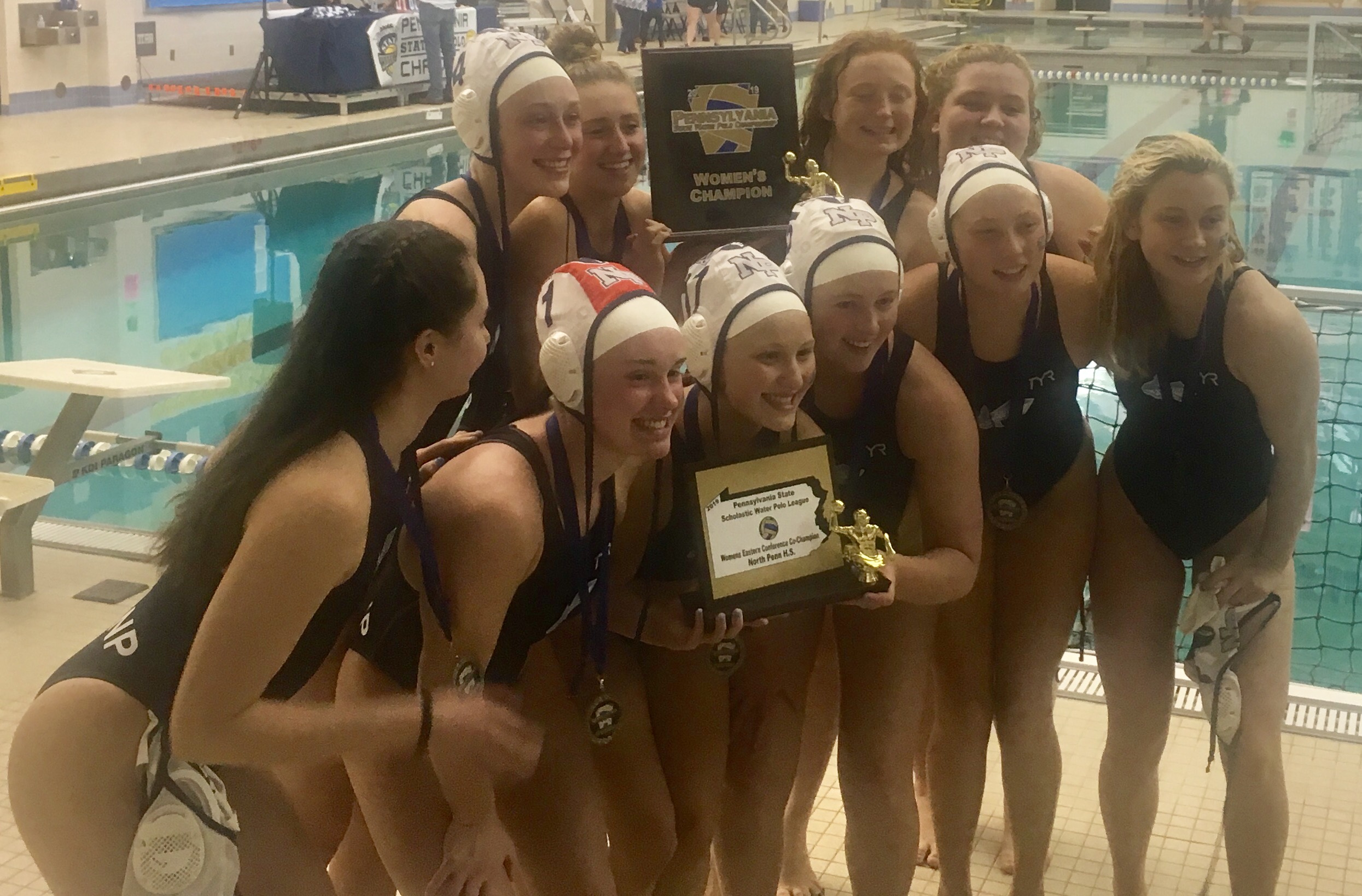 TOWAMENCIN >> With everyone’s fingers crossed, North Penn added one for the other thumb.

A pressure-packed fourth quarter saw the Knights break a 6-6 tie in the final minute and go on to a 7-6 victory over rival Cumberland Valley in the Girls Water Polo State Final Saturday night, as NP won its sixth consecutive state title at a packed and raucous Rick Carroll Natatorium.

The Knights battled back from a 6-4 deficit and took their first lead of the game late in the fourth.

Grace McLaughlin and Lizzy Koerper each scored twice for the Knights and Stella Burns and Nicole Chiappa each added a goal. North Penn’s defense allowed just one goal in a decisive second half.

“We kind of spotted them that first goal where we threw the ball to them. And they took over and they have some excellent girls with national-level experience,” said Knights coach Jason Grubb, who guided both the boys and girls teams to state titles. “We know that you can’t make mistakes with them. Unfortunately we made one right off the bat. But we were able to right the wrong a little bit and continue through, keep chipping away.”

A buzzer beater from nine meters out ended the third quarter, and drew the Knights even.

“That tying shot, the lob that found the net — that hurts. And we could see momentum changing a little bit,” Grubb said. “But it was back and forth, no goals. Back and forth the whole fourth quarter. And anytime we didn’t have the ball, everyone’s clenching a little bit harder.

“We had a couple man-ups, a couple good opportunities that we didn’t capitalize on.”

But with 52 seconds remaining and much of the capacity crowd on its feet and at full throat, Paige Mitchell fired in a no-look shot, putting the Knights up 7-6.

“Paige is a sophomore and she had an unbelievable day, even in the Wissahickon game,” Grubb said of the semifinal win. “She was the big catalyst in that. Having a bench player step in and score a goal like that, that was awesome.”

The Knights came through with a comeback victory over Wilson in the 2018 Final and followed that up a year later by surging past CV.

“Two awesome comebacks from a team that just knows how to fight,” Grubb said. “It’s an unbelievable feeling. Both last year’s final and this year’s were such tight games.

“The run that the girls are on right now, it’s just awesome. It’s a testament to how hard they work. They’re year-round athletes. Most of them are dual-sport athletes. Even in the offseason, they split sports, whether it’s swimming or basketball. We like having multi-sport athletes and they put in the work year round. And they wanna win.”

Of extending the title streak to six, Dunigan said: “It feels really good to add the sixth one. When the seniors last year added the fifth one, they were really excited. It feels even better to add a sixth.”