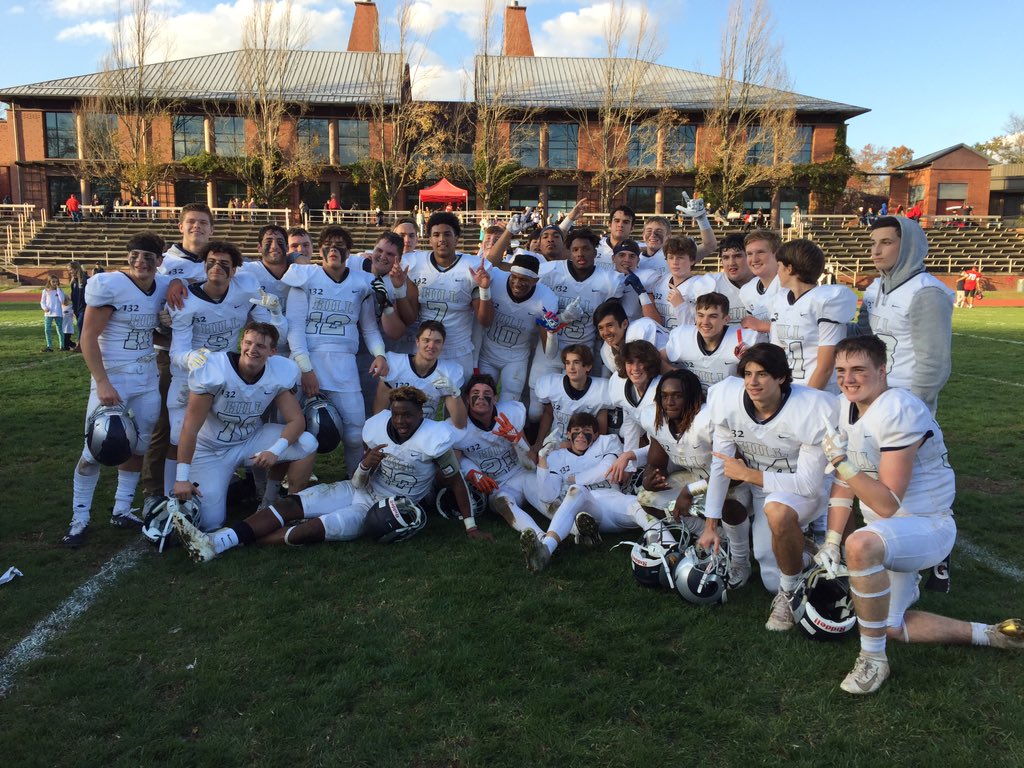 It was the happy conclusion to a season that was anything but.

The Hill School football team was oh-for-2019 headed into Saturday’s game with archrival Lawrenceville School. But it got redemption by rolling to a 49-19 victory in their Mid-Atlantic Prep League finale in New Jersey.

The Hill (1-7) overcame two Lawrenceville leads in the second quarter, including an early 13-0 hole, to prevail over the Larries for a second straight year. Will Lyman caught a 32-yard scoring pass with 4:32 left in the half for a 24-19 lead that was not topped the rest of the way.

Zayid Aziz had pairs of passing and rushing touchdowns on the afternoon. Michael Jamerson had an 80-yard TD run and two interceptions — one of them a “pick six” — and Gernard Finney capped the day’s scoring with a long run for the Hill’s final TD.

Perkiomen Valley will play the District 2 champion in the first round of the PIAA Class 3A tournament, and the Wildcats face the District 11 champion on Tuesday to open states.

Hill School 3, Lawrenceville 0 >> Hill’s win over their Mid-Atlantic Pre League rival clinched a second straight MAPL championship and the inaugural Meigs-Green Cup, given to the overall winner of Saturday’s matchup between the two schools.

Logan Clouser, Josephine Palde and Kennedy Cliggett tallied Hill’s scores.  The Hill defense, led by Rease Coleman, was stout in front of goalkeeper Hayley Gable, who made 11 saves to record the shutout.

It was the second straight MAPL championship for Hill, which will face Germantown Academy in the PAISAA semifinals on Tuesday.

Goalkeepers Blake Groff and Alan Kim THS made a save each for Hill.

Baldwin 2, Perkiomen School 1 >> The Panthers bowed out in the first round of the PAISAA Tournament with a 4-3 defeat in penalty kicks.

Goalkeeper Abbey Glavin stood on her head for the Panthers. She made 24 saves, limiting Baldwin to just one goal in the first half before keeping away the potential game-winning goal in the second half and two overtime periods.