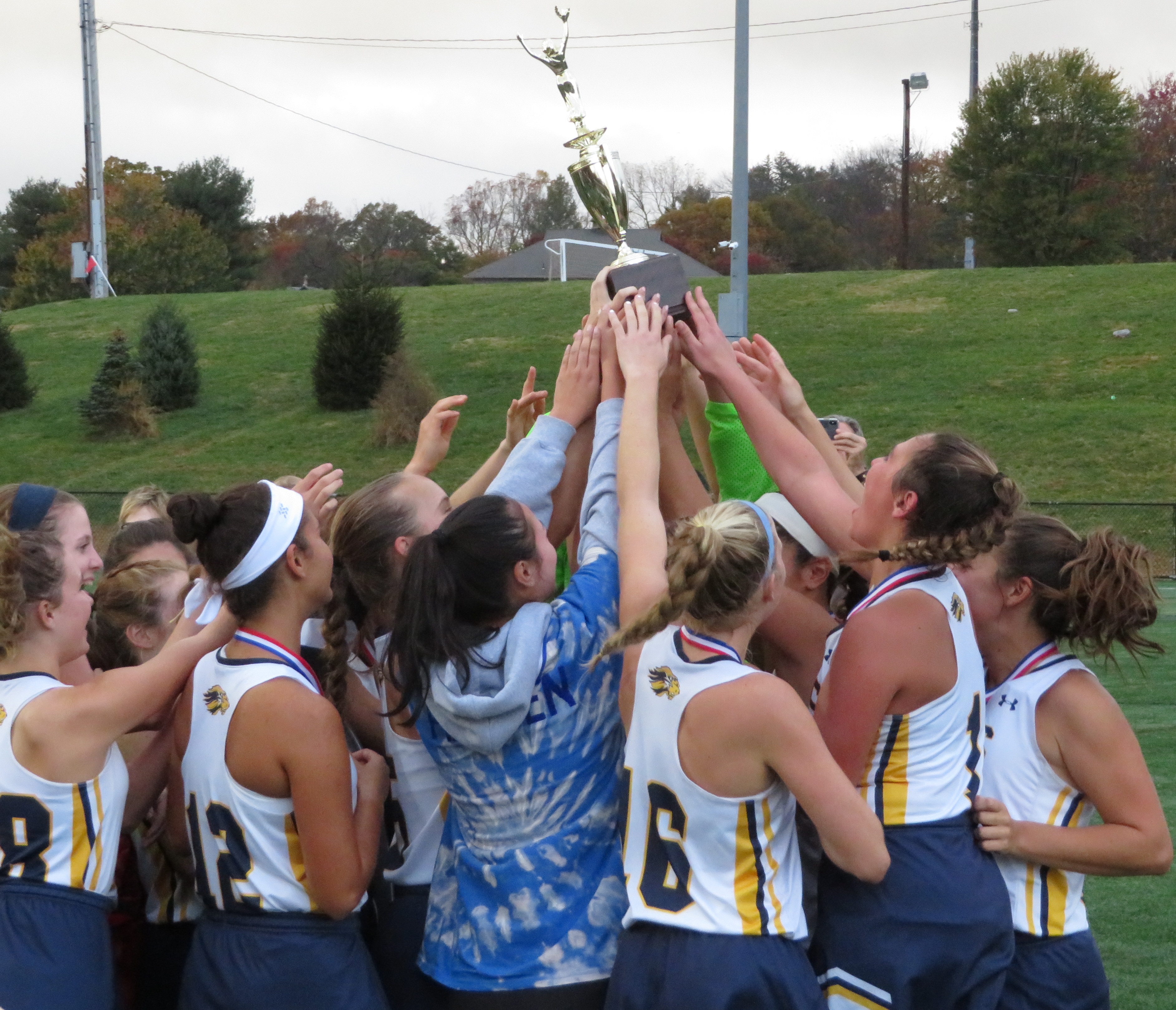 LOWER MORELAND >> Kate Dougherty scored two goals in the second half to lead New Hope-Solebury to a 2-0 win over Springfield Montco in the District 1-A championship game Tuesday afternoon at Lower Moreland High School.

“It’s awesome,” Dougherty said. “The past two years we won, it’s felt better every time. It’s really just a fun place to be with our team and everyone here.”

Dougherty gave the top-seeded Lions a 1-0 lead with 20 minutes remaining in the game.

“We just realized how little time we had left and how much we needed to work for this win,” she said of the second-half surge.

“I think we were coming up the left side and then the left forward passed it to Lilly Smith in the middle, then she passed it in to me. It went off a defender’s stick and I pulled it around the goalie and it went in.”

The Lions spent a majority of the game on offense. They out-shot No. 2 Springfield 10-0 and had 11 corners to Springfield’s one.

“Basically I thought that they were playing better than we were,” Springfield coach Linda Nixon said. “Their defense was better than our offense.”

“Our defense is really strong,” Dougherty said. “Our backs are just huge helpers in our games and we rely on them so much for keeping the other team out of the circle. Also, we work really hard in practice trying to get transitions out of the back and working up the field.”

Rebecca Berglund kept the Spartans in the game by making eight saves.

“(Berglund) played very well,” Nixon said. “She kept the game close and our circle-play was very good, too, on their corners. Those were the two really bright spots for us. We just did not seem to be able to get moving.”

Both teams advance to the state tournament, which begins Tuesday Nov. 5.