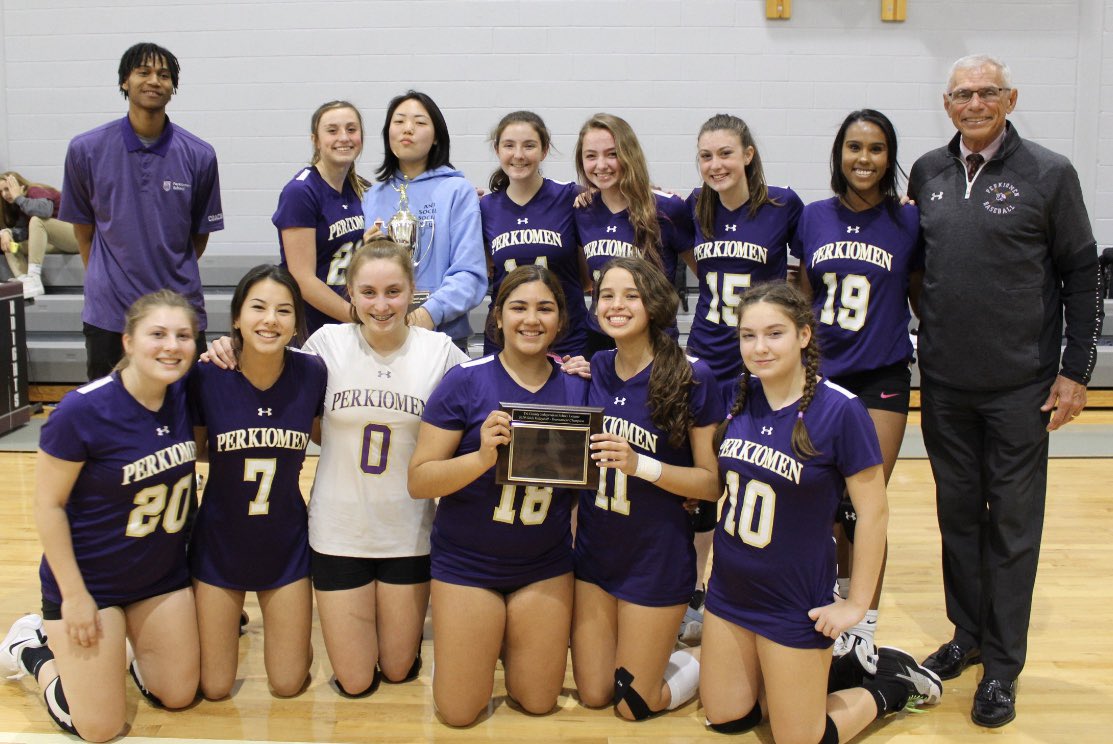 Before last week, the Perkiomen School girls volleyball team had lost three times to Academy of the New Church in the 2019 season.

Those three losses seem like ancient history after the two teams’ most recent match.

The Panthers proved they could beat ANC with a five-set win Oct. 15 to end the regular season tied for a share of the Tri-County League title. Perk School followed that up in the postseason with a 3-0 sweep over ANC in Thursday’s TCL championship match, winning by scores of 25-21, 25-17 and 25-19.

Lualis Alvarado had 25 kills, Paola Mejias had 29 assists and Sophia Taylor had four kills and three tips to help the Panthers claim the championship win.

PJP will face Villa Maria at 7:30 p.m. Tuesday at Harrtion High School in a rematch of last year’s district championship, which Villa won 3-0. PJP has now appeared in a district title game in all seven seasons since 2013.

Spring-Ford 1, Downingtown East 0 OT >> Vania Mokonchu scored the game-winner in the second overtime to lift the No. 11 seed Rams past No. 6 Downingtown East in a second round District 1-4A playoff game.

Perkiomen School golf won it’s annual Fall invitational.  Perkiomen led the field of 5 teams in the 18 hole match played at Buttervalley, par 72. The Panthers finished with a team score of 259 followed by AIM Academy with a 261, followed by Church Farm School, Collegium Charter and Woodlynde school. Andrew Miller from AIM led the field with a 77. Perkiomen’s score were Ben Griffaton 82, Pierce Laessig 85 and Alexa Eisenbeis 92.

Pennridge passes, connects and takes out Great Valley in District 1-4A 2nd round
Reporter Roundup: North Penn knocks off Lower Merion, advances to District 1-4A quarters