Robinson, Upper Darby do what needed to be done 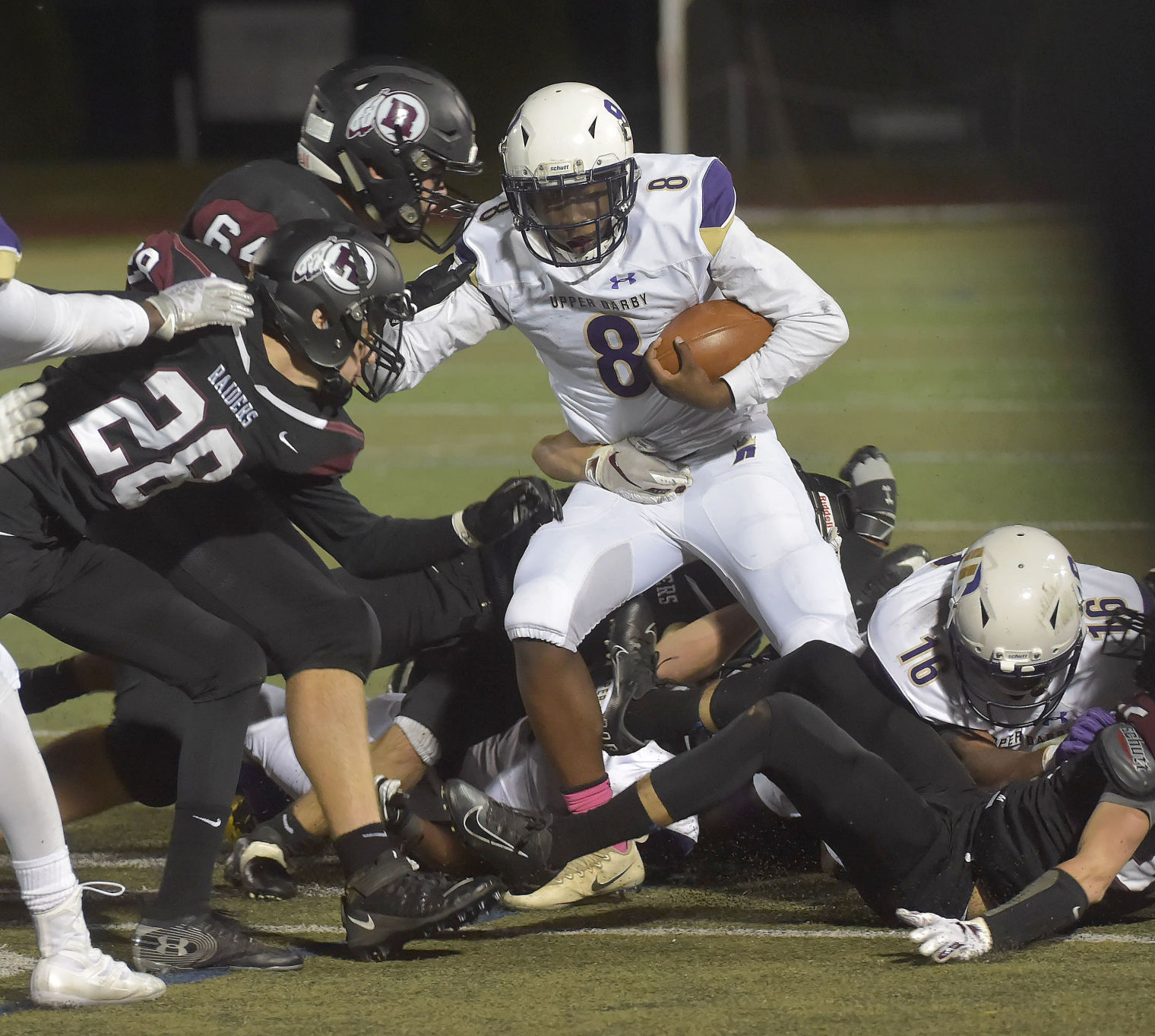 UPPER DARBY — Lower Merion made sure it was using as much time as possible on the 40-second play clock. The Aces were not killing time late in the fourth quarter. This was the beginning of the first quarter.

As a result, Upper Darby did not need to do much to earn a 48-20 victory Friday night over the Aces. Winless and with about 20 dressed players, Lower Merion was simply trying to shorten the game and survive without incident. More or less, that’s what happened. The Royals, now 4-5 overall and 4-3 in the Central League, controlled a contest they were invited to control.

They led 21-0 after the first quarter and 28-0 at halftime. The running clock started early in the third quarter. Backups and junior varsity players got work in during the fourth quarter.

The Aces (0-9, 0-8), beset by injury, attempted three forward passes and used a host of JV callups. The Royals responded accordingly, scoring on their first four possessions.

Max Avoutsou (an eight-yard run and a 31-yard pass from Corey Robinson), Kareem McAdams (one-yard run) and James Tuayamie (22-yard pass from Robinson) found the end zone during the first half.

McAdams, this time from 14 yards out, set off the running clock to open the second half. Dyimer Bradham and Darian Moore had scoring runs after that. The Royals rushed for 326 yards and had 456 in all. Robinson played a big role in that.

The senior began the year as a wide receiver, but when starter Kevin Kerwood got hurt, he stepped in under center. Robinson had been taking second-team reps at quarterback during practice, plus he played there last year on JV.

“Fast progress,” he said after his fifth game, “but I adjusted well.”

The soft-spoken speedster has gotten more comfortable over the past few weeks. He nearly led the Royals to a stunning upset of mighty Garnet Valley last week, but they fell one play short. Bounce-back wins, even under circumstances such as these, are appreciated.

“We looked over our film,” Robinson explained. “We’ve seen our mistakes, we learned from it.”

Upper Darby entered this game in 21st place in the District 1 Class 6A power rankings. Sixteen teams make the postseason tournament. Yes, help is needed. The Royals received some Friday, but it likely will not be enough, regardless.

So, they will look to close strong. The Royals got this win, will take on a rival in Springfield next week, then can prepare for the annual ritual with Haverford on Thanksgiving morning. Because of the opponents, there will not be a drop-off, even with the playoffs seemingly unattainable.

“I think to end with these two games is really good for us because I think the kids are focused on Springfield just because of the rivalry we do have with them,” Gentile said. “A lot of these kids who played in youth football have played against the kids from Springfield since they were eight. So it’s a big game for them.”