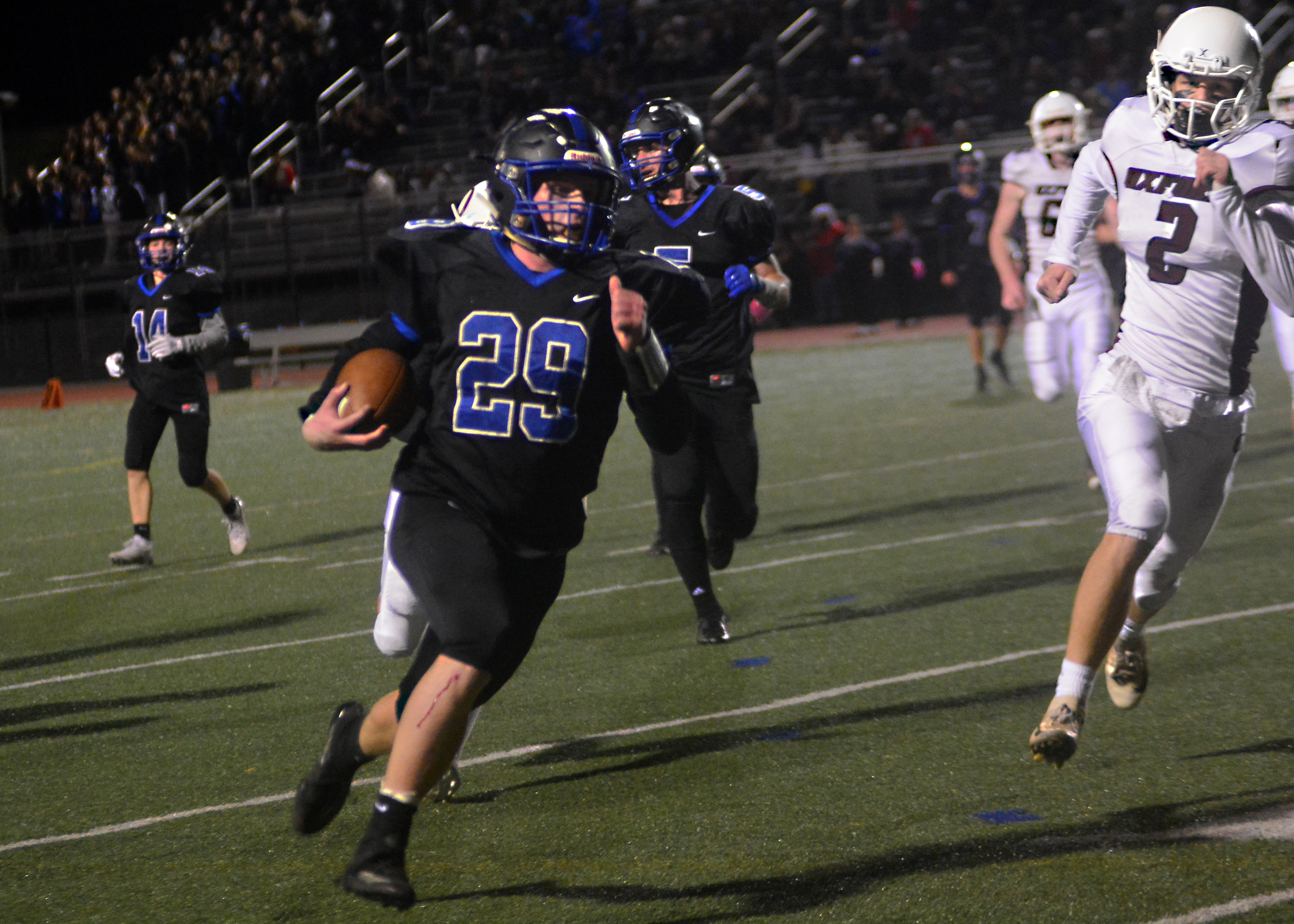 EAST WHITELAND >> The Kennett Blue Demons continued to get their mojo back Friday night after a dominant performance over Great Valley.

After suffering its first loss two weeks ago against West Chester East, Kennett bounced back last week against Avon Grove. This week, the Demons doubled down, shutting out Great Valley, 41-0, to improve to 8-1 on the year.

Heading into the matchup, the gameplan for the Demons was rather simple: feed Garrett Cox on first and second down then let Forte work his magic on third down. Against Great Valley, Cox was able to run for 102 rushing yards while racking up countless first downs. Forte on the other hand threw for three touchdowns, while also rushing for one.

More often than not, when Forte dropped back to pass, he found Kalen Frazier, who ended up having a huge game with 10 catches for 131 receiving yards and a touchdown.

“We were supposed to come out and take care of business,” said Kennett’s head coach Lance Frazier. “Our guys are still finding their identity and trying to find consistency with what we’re doing. We haven’t had a lot of success in our program so this is all new to us. We talk a great deal about taking care of the ones you’re supposed to take care of and we were able to do it.

“I have to take my hat off for the coach of Great Valley,” Frazier continued. “It’s been a rough year. I know what that feels like as both a coach and a player. Those guys had a high spirit and were still playing hard for them, but I’m super proud of my guys for taking a business approach to this game and bouncing back two weeks removed from the East lost. I’m proud.”

While the Patriots certainly played with a lot of heart, they were outmatched by the Demons both offensively and defensively. In the first half, Kennett’s defense held Great Valley to only one first down. In fact, throughout the game, Great Valley was only able to garner 127 total yards.

The dominant performance in back-to-back weeks has given Kennett confidence getting ready for the playoffs. As far as Forte is concerned, the Blue Demons are playing with a chip on their shoulder.

“After coming off the lost two weeks ago, it’s good to get our mojo back,” said Forte. “Coming into this game, we knew we had to not make any mistakes and go by the gameplan. Everything went according to plan. We’re getting our momentum going. We’re getting our swag back.”

Kennett closes the season with a nonleague game against St. Mark’s of Delaware, before likely hosting a first-round game in the District 1 Class 5A playoffs.