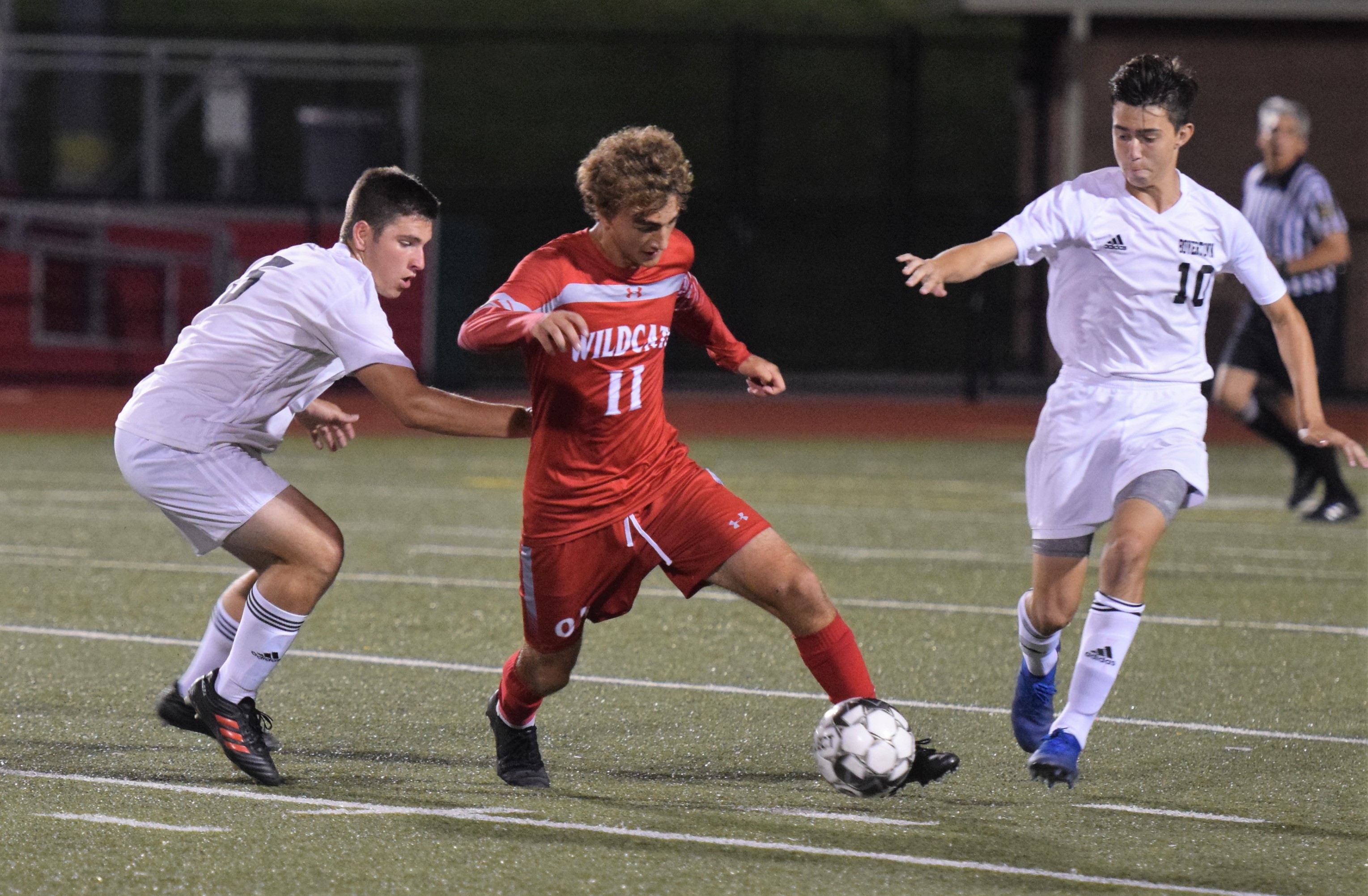 Head-to-head: OJR served Boyertown its only loss of the season, 2-1 on Sept. 5 at home. Boyertown defeated Owen J. Roberts 2-1 in overtime on Oct. 1, the Bears’ first win over their rivals since Oct. 7 2015.

PAC Playoff History >> Boyertown has won four PAC titles, most recently going back-to-back in 2015 and 2016. It lost to Spring-Ford 2-1 in last year’s semifinals … Owen J. Roberts has won eight PAC championships, most recently 2014 (against Boyertown). This is OJR’s first trip to the PAC playoffs since a 2016 semifinal loss to Pottsgrove.

Bears at a glance >> Despite a string of injuries throughout the season, the Bears have churned out results in a remarkable way while going undefeated for five weeks, dating back to their lone loss of the year, on Sept. 5 to their semifinal opponent. Senior wide forward Landon Wenger, junior center forward Nick Willson and junior midfielder Dimitrije Randjelovic lead a capable attacking unit, senior Jake Groff steadies play in the defensive midfield, senior captain Ryan Foskey is the unquestionable leader in play and voice at center back while multi-year starter Mason Kurtz is a stable presence in goal. They’ve allowed a league-best 11 goals against all year.

Wildcats at a glance >> OJR didn’t generate the same regular season buzz as Boyertown or Spring-Ford, but it was favored to qualify for the PAC playoffs and finished the job while being the second-highest scoring team in the PAC with 52 goals. The scoring comes in many ways, with Ethan Gawlik’s 10 goals and six assists being a team high in points. Other top scorers are Gavin Zorn (7 goals, 5 assists) and Ethan Williams (5 goals, 5 assists). Leading the way in the midfield is Pierce Marks and Julian Funaro while Garrett Bland and Christian Davis have paired well at center back in front of goalkeeper Zeb Smith (5 shutouts), who has a knack for the dazzling save.

Matchup >> Boyertown may end up with the highest seed for any PAC boys team ever in the District 1 4A playoffs. That said, the Bears are the clear favorites on paper. But there’s a lot that balances the scales: recent history is firmly on the Wildcats’ side – 8-2-1 in their last 11 matchups – and so is the venue with the PAC Final Four being hosted at Owen J. Roberts. OJR’s fast-paced play doesn’t allow Boyertown’s creative players as much comfort compared to other opposition.

Prediction >> After being dominated for the first 15 minutes in the first meeting, the Wildcats were the better side on Sept. 5. Conversely, Boyertown owned the reverse tie on home on Oct. 1. But in all 11 of the most recent meetings, when Boyertown and OJR face off, the game is always settled by a single goal. It’s hard to believe Tuesday night will be different.

After such a prolific run, the Bears could be due for a flat spot, especially against as troublesome an opponent as OJR. But it’s hard to back betting against a team that’s lost just once in 17 matches … Boyertown 2, Owen J. Roberts 1.

Falcons at a glance >> Pottsgrove lived up to expectations by repeating as Frontier Division champion. While forward Ethan Pace carried an oversized offensive load a year ago, the Falcons are much more balanced in 2019. Pace has a team-high 11 goals while Jeremy Thompson has eight, defender Shane Gleason has six and Ryan Curnew has netted five. Other important players for the Falcons are Mike Troutman, Collin Deckert and junior goalkeeper Luke Kaiser.

Rams at a glance >> It hasn’t been a cake walk for Spring-Ford after winning the Liberty a year ago and reaching the PIAA 4A playoffs. But the Rams remain one of the most prolific attacking sides in the region, their 69 goals a runaway league-best. They do it with a brilliant front 3 senior trio of Colin Trainor (13 goals, 12 assists), Brandon Duke (13 goals, 6 assists) and Brett Gulati (14 goals, 6 assists). Senior midfielder Ethan Mossip is the conductor of the Rams, while Tommy Bodenschantz and Connor Lynch join in. The Rams feature seniors Harry Bastable, Liam Murray, Christian Wuertz and goalkeeper Tommy McPoyle on defense.

Matchup >> Despite annually winning the Frontier, Pottsgrove often finds itself cast as an underdog in the PAC semifinals. This year is no different. The Falcons did well in keeping the Rams from fully rolling in the regular season meeting.

Prediction >> S-F will control play and create more chances, but limiting the quality of chances will be crucial for Grove. Conversely, making the most of limited chances is the only way Pottsgrove can pull the upset. But the Rams’ motivation from settling for second the past two falls will be too much to overcome … Spring-Ford 3, Pottsgrove 1.