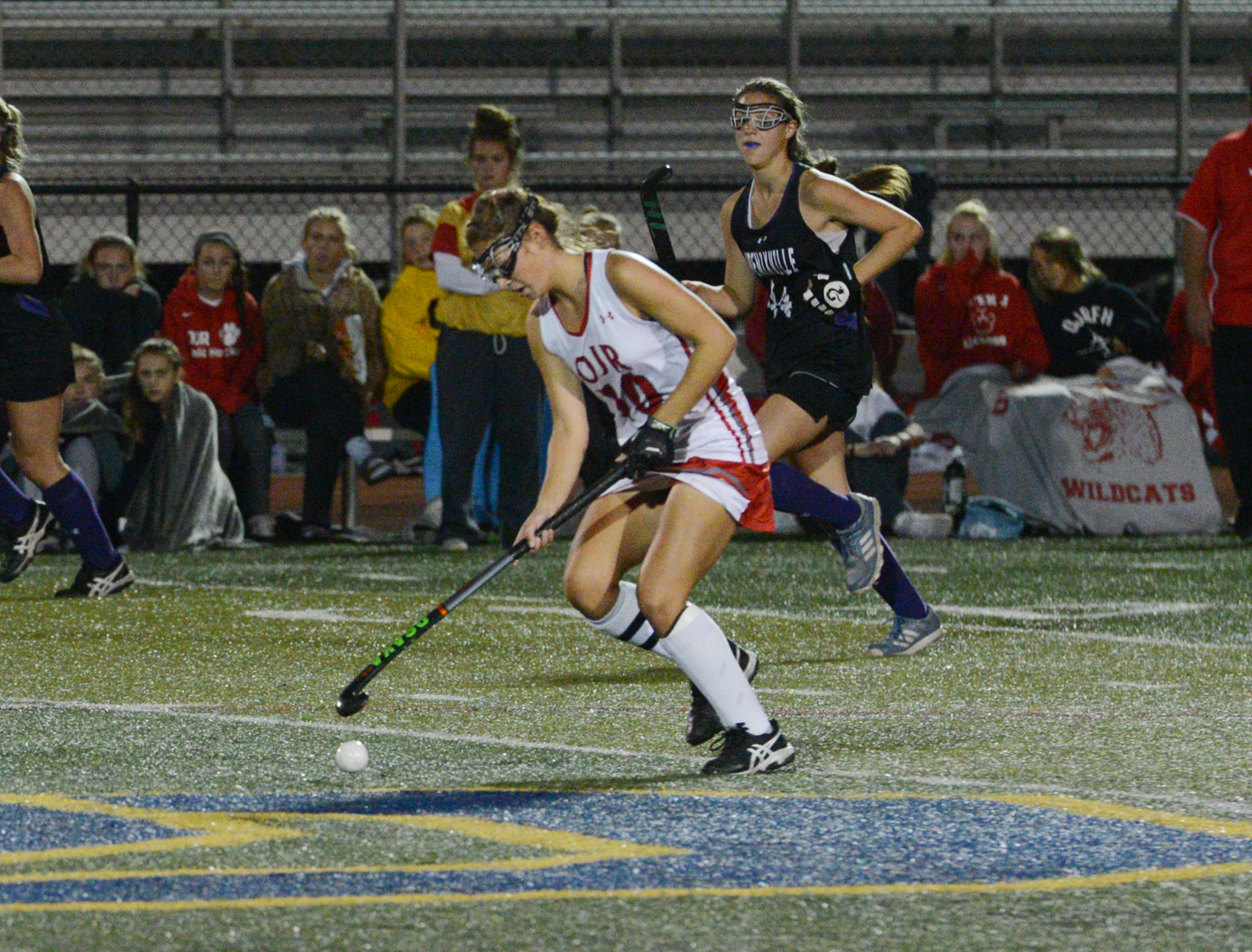 The top-seeded Wildcats, the Liberty Division champions, scored in the first four minutes of the game against fourth-seeded Phoenixvillwe at Upper Perkiomen High School.

The Wildcats did not let up either in all facets of their talented game at both segments of the field. The Wildcats held a four-goal cushion at the halftime break, and the final result was a 7-0 victory for Owen J. Roberts over Phoenixville at Tribe Stadium.

The victory sent OJR into the PAC Championship game Thursday night against Upper Perkiomen, a 1-0 winner over Perkiomen Valley in the other semifinal.

“They do work well together,” said Owen J. Roberts head coach Amy Hoffman, who is assisted by Tony Montes. “The seniors have been playing together for quite a long time, and we have a lot of seniors. They are resilient. We have been down in some games  and battled back. That is so nice to see, especially at this point in the season.”

Owen J. Roberts converted its first opportunity on a penalty corner at the 25:54 mark of the first half.

Jenna Kirby, who scored the first two goals for OJR, cashed in the goal with an assist by Raina Smolij. Kirby came right back with her second goal coming at 23:04 before the Phantoms called a timeout.

The score reached 3-0 at the 11:16 mark of the first half  as Julia Lamb found the back of the net. Rylee Laloup had the fourth goal for the Wildcats with 18 seconds remaining in the first half.

For Phoenixville, it proved to be a major learning experience as the Phantoms prepare for the District 1-3A playoffs next week. They finalized the second seed in the Frontier Division and PAC Final Four playoff berth with a 2-1 victory over Pope John Paul II Monday.

“Learning experience,” repeated Phoenixville coach Claire Emplit. “That’s what we were just talking about. We are going to see teams that compete at their level with their skill sets and communication. We need to step up.”

Emplit felt the Phantoms had opportunities to score, but they failed to capitalize on the chances.

“We couldn’t put the ball in the cage,” said Emplit.

Sophomore Sophia Greenwalt got the call in goal for the Phantoms, and she responded with 15 saves. Regular starter Gianna Chiponis, a junior, is sidelined with a concussion, Emplit said.

Emplit said the goalie situation is an example of how she is trying to include her younger players into the game plan.

“I need my younger players to get some experience,” said Emplit. “I am growing a program, not just for this year. I am looking for them to grow.”

Hoffman hopes this is just the beginning of a long postseason run for her Wildcats.

“We have a really great group,” said Hoffman. “They move and work well together. When we play as a team, we are pretty amazing to watch. We have no weak spots at all as a group.”

Olivia Leclaire, Emily Himmelreich and Kendall McNeff added second-half goals for the Wildcats. Goalkeeper Cayden Jarvis did not have to make a save in the shutout.

Notes >> Phoeniville’s defense was anchored by Nai Green, Eloise Woodall and Gianna Thaxton. … Smolij had two assists for the Wildcats, while Laloup had one helper. … Alyssa Greiner had a lot of possessions on the defensive right side for OJR. Other field play contributions came from Rory Cahill, Maggie Kilgallon, Amanda Turner and Makenna McCourt.