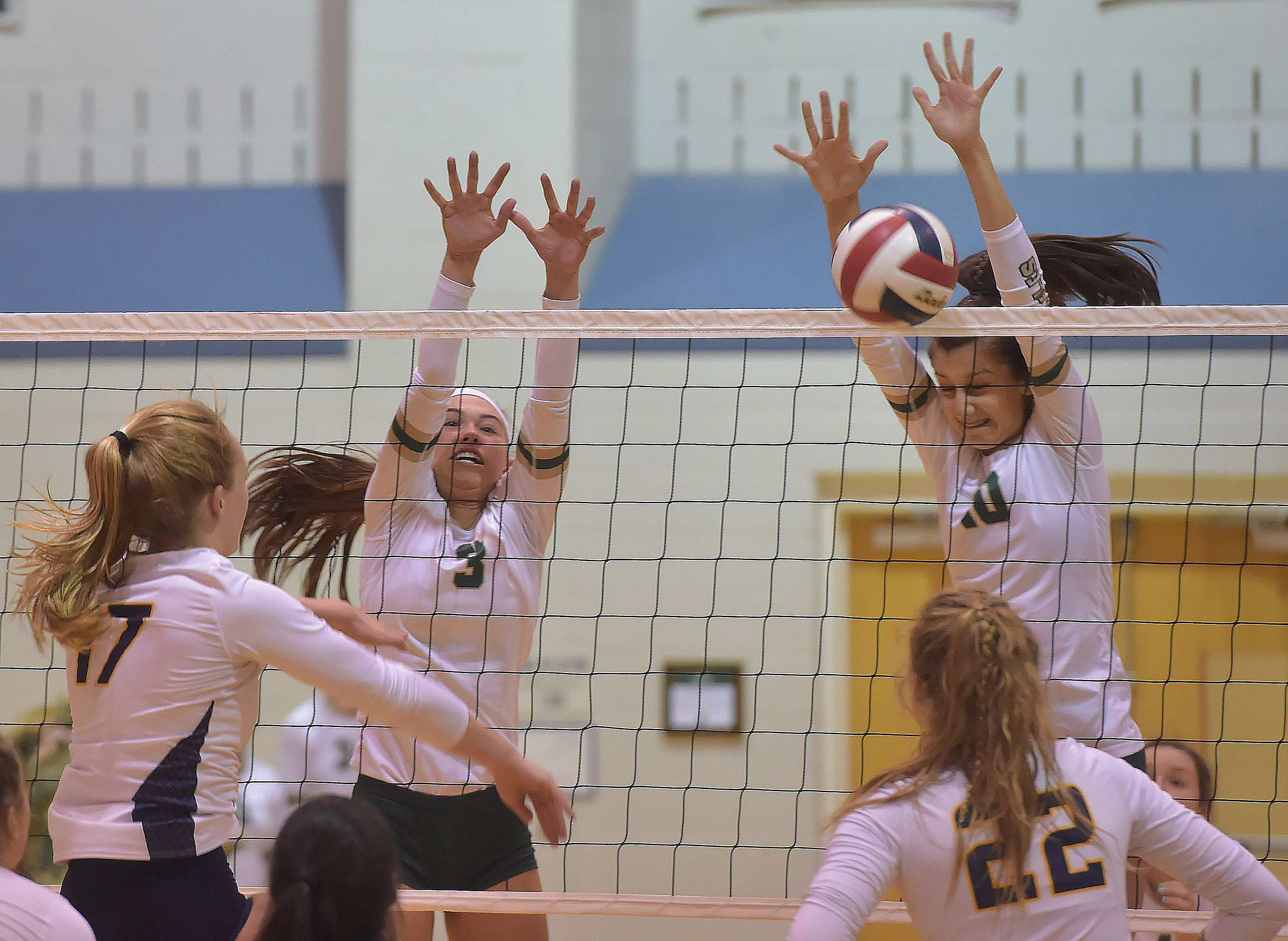 The Unionville volleyball squad did something Tuesday that nobody else in the Ches-Mont has been able to do: win a set against powerful Bishop Shanahan. But the host Eagles regrouped quickly to wrap up a 3-1 triumph over the Indians in the first of three showdowns between the league’s premier teams over the next six days.

“This is a big week for us, having to play both Unionville and Downingtown East,” Ashman said. “Along with us, it’s the top three teams in the district. It’s a testament to the league coaches and players, and it’s real nice to see.

“It was a step backwards, but we still have five regular season matches left,” said Unionville head coach Stephanie Smith. “And I hope we see Shanahan again (in the postseason).

“Shanahan is an established program that is well-coached and well-rounded. We knew that going in. We’ve seen some good competition this season but nothing like Shanahan yet.”

The first and second sets were very similar. In the first, an early service run by star senior Cara Shultz, which included three aces, put the Eagles ahead. In set No. 2, it was 6-foot middle blockers Bridgette Kelly (Jr.) and Maddie Rudolph (So.) who really started to hurt the Indians.

“Some of our players were a little nervous and we made some errors we don’t normally make. Shanahan, of course, capitalized on them,” Smith said.

“(Kelly and Rudolph) are two younger middle blockers and they can both really play the game well,” Ashman said. “If they continue to improve we are going to be a very dangerous team.”

Unionville surged back in the third set, thanks to elevated play from its front line, including junior Sophie Brenner, freshman Maddy Lowe and senior Kat Tuerff, who had some big blocks in the late going.

“It was do-or-die. Our kids felt that and we were able to find our hitters a little more,” Smith said.

“It was tight all the way, but one mistake here and another there and the next thing you know, it was over,” Ashman added.

It didn’t take long for the Eagles to bounce back, however. Senior setter Mia Caporellie started the fourth set with a strong service run, and then sophomore Coco Shultz later added an eight-point service run to close it out.

“I told them that we can’t wait until the fifth set to rebound,” Ashman said.

“At one point – especially with (Shanahan’s) service runs — it started to snowball,” Smith added.

“We knew (Unionville) has some dynamic hitters with Brenner and Lowe, and that they are big at the net and can block,” Ashman said. “But we also knew their weaknesses.”