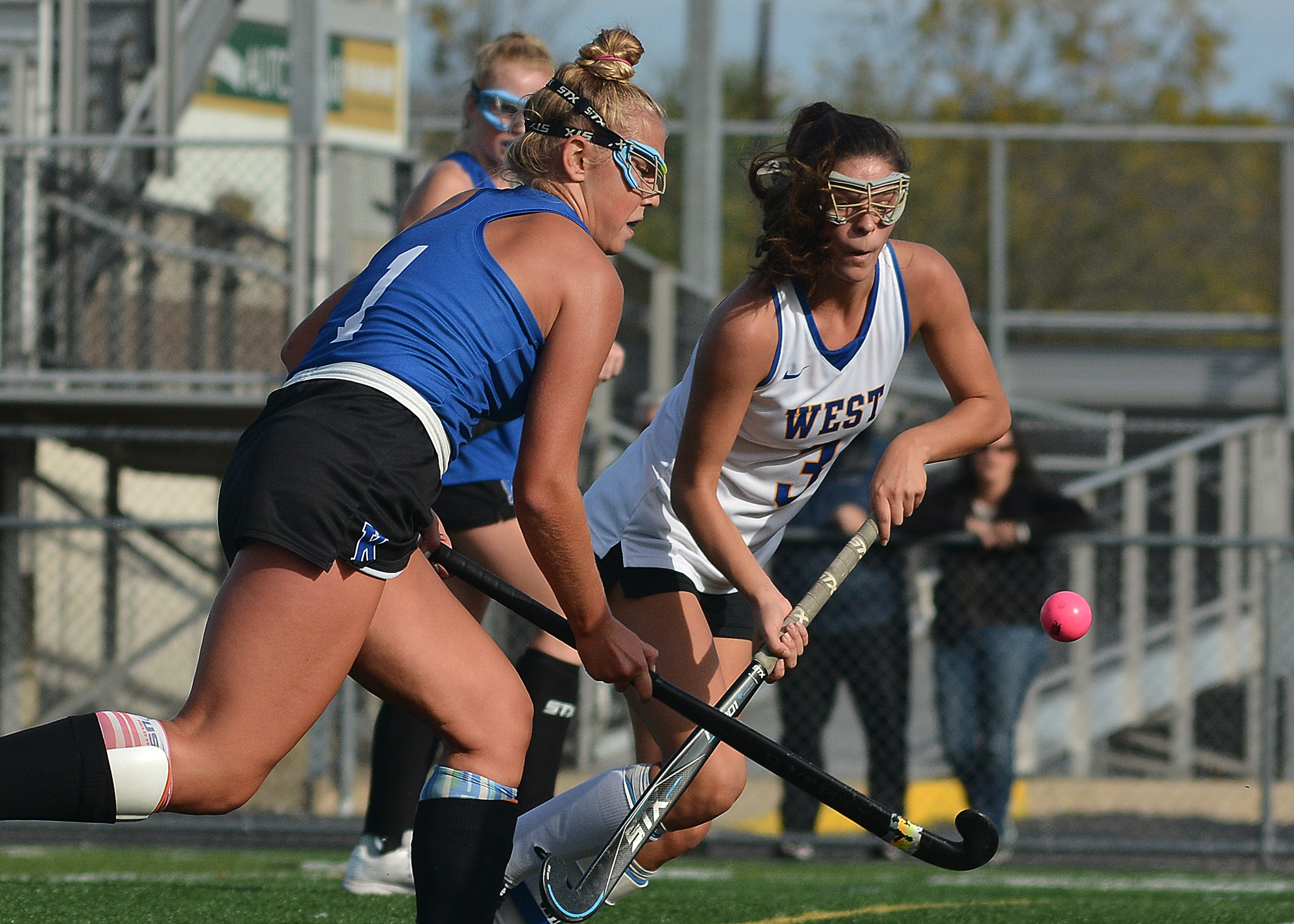 DOWNINGTOWN—Kennett came into Tuesday’s cross-divisional field hockey match riding a seven-game winning streak, and dominating teams along the way. Downingtown West on the other hand, had just suffered a tough defeat to perennial powerhouse Hershey, and sat one spot behind the Blue Demons in the District 1 rankings.

Though Kennett came out strong, the Whippets slowly but steadily picked up the pace and intensity, and following a dominant second half, came away with a decisive 6-0 victory.

“We definitely started off pretty slow, but our defense did a fantastic job keeping us in the game while we got things figured out on offense,” said West coach Steph Bullock. “The girls did a great job marking inside the 25 to keep us in it.”

For the first 15 minutes, it was the Blue demons controlling possession, making trip after trip inside the circle, and keeping the ball on its offensive half. But not only did the West defenders keep Kennett off the board, the Blue Demons couldn’t muster so much as a penalty corner. Then again, neither could the Whippets.

All of a sudden, though, West was in the circle and on the board following an easy shot from Tatum Johnson at the 15:01 mark.

“It seemed like we were out there forever without even getting inside the circle,” said Johnson, who also had a pair of assists on the afternoon. “I figured since we finally got in the circle, we needed to take advantage and get that early lead.”

West struck again just before the end of the half, when Johnson put a ball on the stick of Chloe Morgan, and Morgan slammed it home for a 2-0 West lead at the break.

“I know Chloe is always going to be right there on the post,” said Johnson. “She always has her stick down, so I knew if I got it over to her, she’d punch it in.”

Ciana Riccardo takes a shot for a score, as Mia Gruce tries to defend (BILL RUDICK for MediaNews Group)

The second half was all West, as the Whippets tacked on four more scores. First came a goal from Ciana Riccardo, with a Johnson assist. Then Ciara Margetich found the back of the cage, with Ashley Plzak assisting. Riccardo got goal number two, knocking in a belt-high penalty stroke to the right of the goalie. Finally, Haley Kuhn scored, with an assist from Riccardo.

“We played pretty well in the first half, but West is a tough team,” said Kennett coach Meghan Shumway. “They started to pressure us more and we buckled a little bit. They were able to expose our weaknesses. But we needed this kind of game headed into playoffs. We hadn’t really been tested the past seven or eight games. This shows us where we need to work and get ourselves ready for Districts.”

With the win, West moves into the number 9 spot into the district rankings, with Kennett slipping to 10. It also gives West the unofficial Ches-Mont overall title, as, barring some crazy upsets, Kennett will win the American, with the Whippets taking the National.

“We knew coming in they had a good team this year,” said Bullock. “It was great to see us shake off a slow start and come back to play the way we did.”