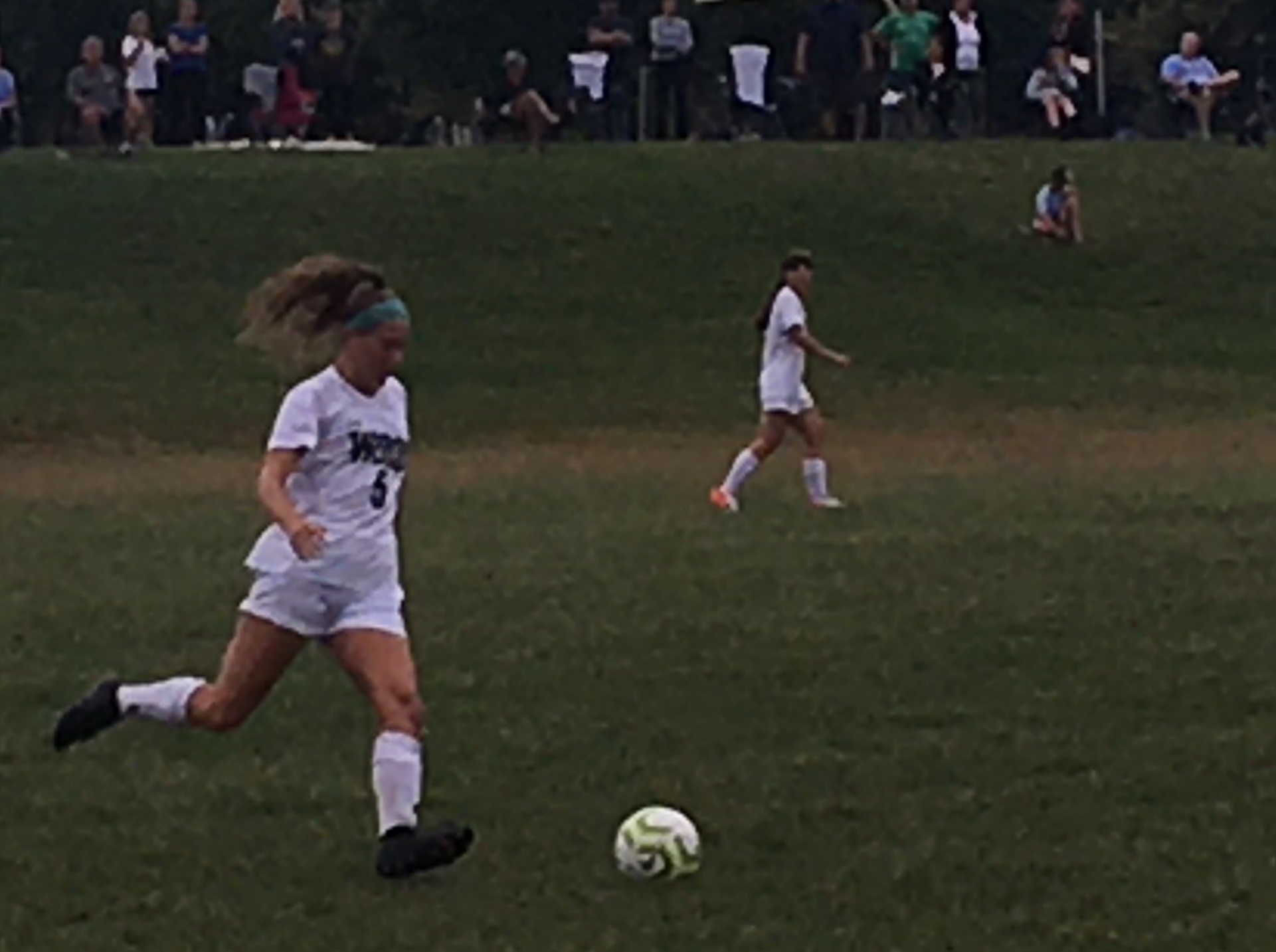 Archbishop Wood and Lansdale Catholic have one of the strongest rivalries in the girls’ side of the Philadelphia Catholic League so anytime they meet, it’s a big deal for both programs. Monday, there was extra incentive involved as a winner would break the deadlock the two held on second place in the league table ahead of next week’s playoff opener.

After a disjointed first half, Wood played smarter and simpler and ended up grabbing the full three points with a 3-0 win over the Crusaders.

“That’s exactly what I said at halftime,” Wood coach Tom DeGeorge said. “Once we calmed down and played a little bit, everything opened up.”

By the end of the day, the Vikings had gone from tied for second to tied for first after PCL leader Archbishop Ryan lost 3-2 in overtime to Little Flower. Ryan beat Wood and has a head-to-head tiebreaker, but it at least makes the final matchday interesting with the Vikings visiting Hallahan.

Getting to that situation meant beating last year’s PCL champion in LC and the first half played out like two sides well versed in the other’s tendencies. Play stuck a bit in the middle but eventually, scoring chances started to develop.

Wood was a bit sluggish in terms of moving the ball, leading to a lot of turnovers or missed passes while LC was able to generate a number of set pieces but couldn’t make anything of them.

“We struggle at times to get the ball in the back of the net,” LC coach Bree Benedict said. “We are still down starters and playing that second half, you could tell some of the players we have out there aren’t conditioned to play 80 minutes. We’re hoping by next week we get a couple players back so we can push through.”

Wood had an advantage in shots on goal, but not by much and the Crusaders did ask questions of the Vikings back line. Vikings freshman Daryn Savage said the defenders did a good job communicating with each other and they didn’t let LC play many balls out in front of the net.

On the attacking end, the Vikings went from leaving their weapons isolated to connecting passes and generating chances. Fullback Emily Branchide came out of the break strong and early into the second half, found midfielder Leighann Kafel with a good pass.

It was just the thing Wood needed, as Kafel was able turn and carry the ball into a good shooting space before blasting it between two defenders and into the back of the net.

“At halftime, the coaches said ‘you have to want this,’ and we did so went out there and turned it on,” Kafel said. “We needed to keep running at people, draw them in and then work around them.”

“We really just had to step our game up,” Savage said. “We started making better runs off the ball and connecting passes.”

LC’s energy never wavered and senior Taylor Connelly came back with a hard shot that was saved out for a corner.

Kafel said the first goal only motivated the Vikings to score more and she was right back on the attack along with the rest of the Wood front line. With about 11 minutes left, the Vikings drew a free kick on the left side in an opportune area.

“It was in my range,” Savage said. “I just kept my head down and shot it.”

The freshman, who had a free kick assist on the game-winner last Thursday at Archbishop Carroll, hit a rocket to the near post. Savage’s take had the right mix of pace and power, driving off the keeper’s gloves and into the net for a 2-0 lead.

Wood added a third goal in the final stanza of the match when Emily Montague drove home a rebound off Maggie Cliggett’s shot. The finish was good, but the build-up was better with Wood connecting a quick flurry of passes including a give-and-go between Cliggett and Paige Hoeger before the initial shot.

“That’s the best goal I’ve seen in the Catholic League this year,” DeGeorge said. “There was seven-eight passes in a tight window, give-and-gos, Emily Branchide beating someone to start it, that’s all the stuff we preach.”

“Overall, I felt like we did a really good job of connecting and attacking,” Kafel said.

LC has two more games this week, a Wednesday night visit to Quakertown before hosting Bonner-Prendergast for their Senior Day on Thursday to conclude PCL play. The Crusaders have asked some younger players to fill in, with two freshmen plugged in to the back line Monday and the effort is there.

“We’ve been hit with a lot of adversity this year and our mentality is to just keep pushing when it hits,” Benedict said. “I think it helps when we have players like Kellie (Gillen) and Taylor who don’t stop moving their feet and our freshman who have been playing have really stepped up.”