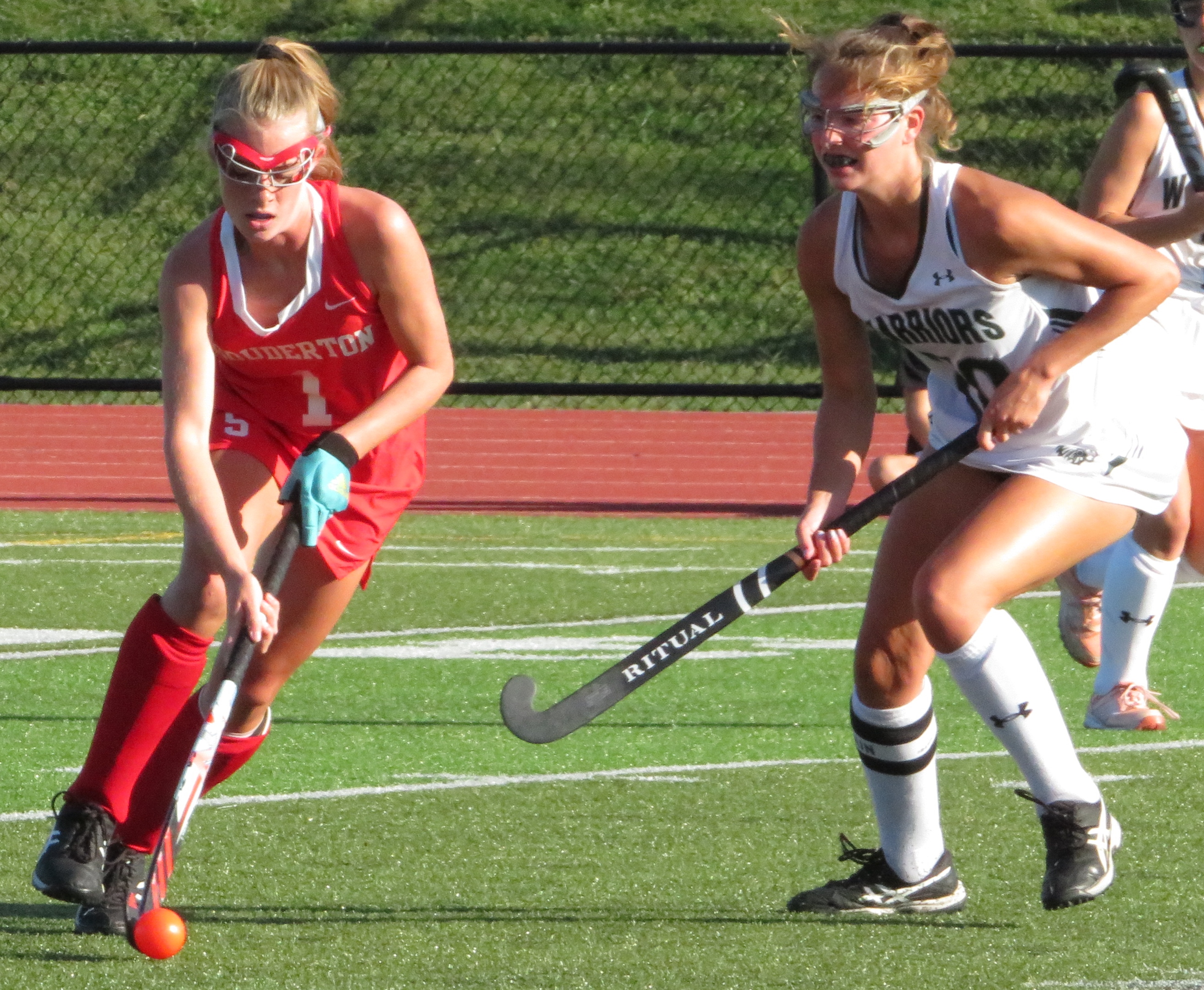 WORCESTER >> Methacton had a great opportunity to get back into the game.

The Warriors trailed Souderton by one goal with 16 minutes left and held a one-player advantage after an Indians yellow card.

It was Souderton, however, who capitalized with extra space on the field. Junior Courtney Kenah carried the ball from end-to-end, dribbled through defenders and scored her second goal of the game to secure a 3-1 non-league win at Methacton High School Wednesday evening.

“They had a corner and my sister (Lauren) cleared it up to me,” Kenah said. “I just took it. I just ran and beat like three people by the end of it and just shot it. I knew by that time we were down a player — a sweeper — so I was trying to waste time No. 1 and No. 2 get a goal. That’s what I did.”

“It’s always nice to get a short-sided goal,” Souderton coach Sue Casciato said. “You don’t count on that. That gave us a little bit of a cushion, too, didn’t have to press quite as hard at the end.”

Less than 30 seconds after Kenah’s goal, Souderton received a green card, giving Methacton a two-player advantage for a full two minutes, but the Warriors were unable to trim their two-goal deficit.

“That’s a lot of game-recognition and communication,” Methacton coach Amanda Fuertsch said. “We were coaching them from the side to double-team the ball if we’re up one player. We were up two players so we even could have been triple-teaming the ball, but it’s just the girls on the field need to realize that, take advantage of it and communicate so that you’re still working as a unit and it’s not just one person realizes, ‘Oh, we’re up a person.’ The whole team needs to be on the same page communicating to take advantage of that numbers-up situation and we didn’t do that.”

The Warriors (5-2-0, 4-0-0 PAC Liberty) lone goal came in the game’s first five minutes. Elena Snodgrasss worked her way in front of the net and Nicole Uebele deflected a pass into the back of the cage for a 1-0 lead. The hosts has plenty of scoring chances the rest of the way – totalling 13 corners – but were unable to get on the scoreboard again.

“We definitely out-shot them by a lot,” Fuertsch said. “We had more corner chances, we just didn’t capitalize. We played those first five minutes the way we play and then we dropped off from there. That’s when they scored their other goals.”

“Our varsity goalie is out right now,” Casciato said. “I took one of my top offensive players, put her on defense – Anna Gwiadzinski. She’s usually a center-forward or somewhere on the forward line. She played defense. We moved things around a little bit today and I thought in the second half our defense played really well.”

The Indians (8-1-0 5-0-0 SOL Continental) tied the game at one 58 seconds after falling behind. Kenah ripped a shot on a corner, inserted by Gwiadzinski.

The one-all tie held for the rest of the first half and the first eight minutes after intermission.

Reily Knize put the Indians ahead for good when she put a rebound into the cage after a corner shot was stopped.

This midseason game could be a preview of things to come later in the season. Souderton entered the game ranked No. 3 in District 1-3A while Methacton was No. 5.

“At this point we’re not too worried about exactly where we are,” Casciato said. “We’d like to get maybe a bye in districts, but that’s not what we’re looking for now. (Methacton) is always a good competitor of our’s. We’ve had a good history of having really good games with them.”

“There are some things that are the same for every game that we need to work on,” Fuertsch said, “but (Souderton) also highlighted a couple other newer weaknesses that before today we hadn’t really talked about much because it wasn’t something that happened in other games. Forward movement and cutting to the ball — they definitely took advantage of that and they beat us to 50-50 balls. It’s definitely a learning experience.”