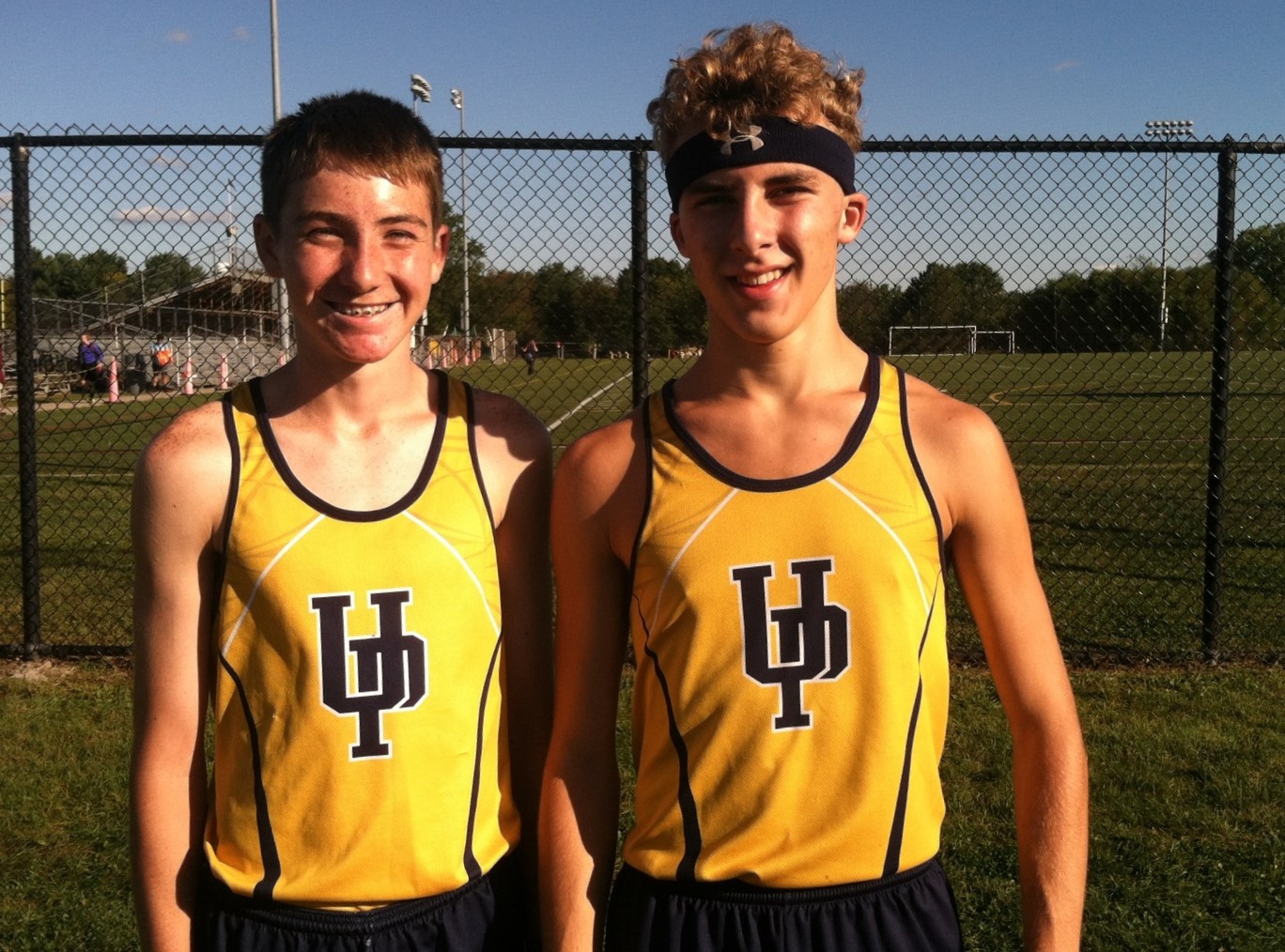 The numbers make a convincing point … as they did Wednesday, when the Indians hosted Pottsgrove’s cross country teams in a Pioneer Athletic Conference (Frontier Division) meet.

On the boys’ side, UP’s 30-man contingent ran to a 24-38 victory over a Pottsgrove squad that numbered less than half the Tribe’s roster. The girls’ race also went in Upper Perk’s favor, 15-50 against a Falcon unit that had just three runners.

“My freshman year, we had a small team,” Blandin Conklin, now a junior and part of UP’s 1-2 finish along with Donnie Miller, said. “We had a big freshman class step up this year.”

Conklin and Miller, both clocked at 17:18 on their home course, had been running tight with Pottsgrove’s Brandon Henriksen in the race’s early stages. But they finished well ahead of Henriksen, who was clocked at 17:55 ahead of fourth-place teammate Simon Keen.

“Today, we pushed together and broke halfway through the race,” Conklin said. “That’s been our strategy all season, to break the other team and wear it out the first two miles, then empty the tank.”

Conklin literally did that at the finish, going down in a heap past the line and needing assistance to clear the finish area for other runners.

“We just stay up front,” Miller said. “He (Conklin) pushed me to stay up there the whole race.”

“It was a good race,” Conklin said. “We were told it would be competitive. I knew their top runner (Henriksen) from track.”

Pottsgrove’s girls ranks were reduced in part to a respiratory infection head coach Larry Rechtin said has been going through the school. The most notable absence was Naomi Hillen, the defending PAC girls champion dealing with the illness.

After Natalia Curley claimed first place for the Upper Perk girls (1-2) in 21:56, the Falcons’ trio of Calista Faust, Noelle Barone and Riley McLaughlin all finished in the Top Five. Faust was second in 22:21, Barone third in 24:07 and McLaughlin fifth in 26:17.

The pack was broken up by UP’s Carolena Glackin, who placed fourth in 25:36.

In the wake of a 2018 season where their 3-2 PAC record was just the second winning finish in 20 years, the UP boys remain hopeful for an even bigger finish this season. They’re within reach of Phoenixville, 3-0 following Wednesday’s win over Pope John Paul II, and optimistic about the stretch run.

NOTES >> In consideration of the Pottsgrove girls’ low numbers to the Pottsgrove girls’ small numbers, the boys and girls ran one combined race. … Rechtin indicated Hillen will be running in the PIAA Foundation Invitational Saturday at Hershey. … The Upper Perk boys placed in 14 of the first 20 spots.