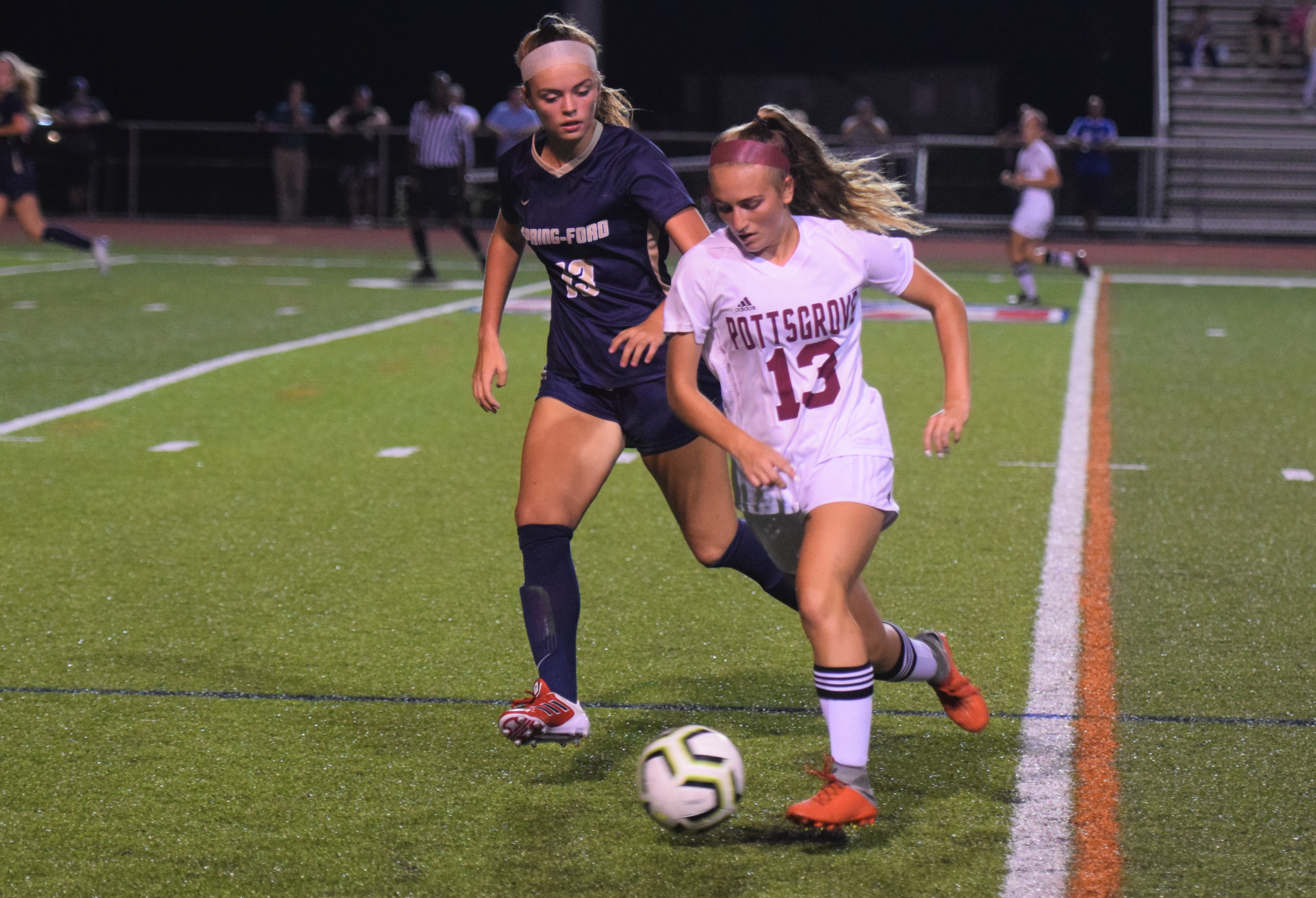 The Pottsgrove and Strath Haven girls soccer teams came into Saturday’s game ranked in the top five of the District 1-3A power rankings.

The Falcons, who came into the game ranked No. 5, knocked off No. 1 Strath Haven for an impressive 2-1 non-league win.

After assisting Emily Vishio on Pottsgrove’s first goal of the day, Skylar Glass scored one of her own off a pass from Lana Sorg with four minutes left to win the game for the Falcons. Allison Dixon made six saves in goal.

New Hope 1, Phoenixville 0 >> A first-half goal was all the scoring New Hope needed to prevail over the Phantoms in Friday’s non-league pairing.

Rebecca Wilson scored on a free kick from 19 yards out for New Hope, which got 14-save goaltending from Margaret Tresler. Ella Stout gave Phoenixville four-save goaltending.

Downingtown East 2, Perkiomen Valley 0 >> The Cougars rode a pair of second-half goals to a non-league victory over the Vikings Saturday.

Emily Buckner and Ella Marrollo did the scoring for East. Riley Hill had 10 saves in goal for PV.

Marinari, Sitko and Cairns each scored goals and were credited with assists. UP’s other tallies came from  Hannah Keeney and Avery Diehl, with assists going to Sam Kozminskiand Sara Edwards.