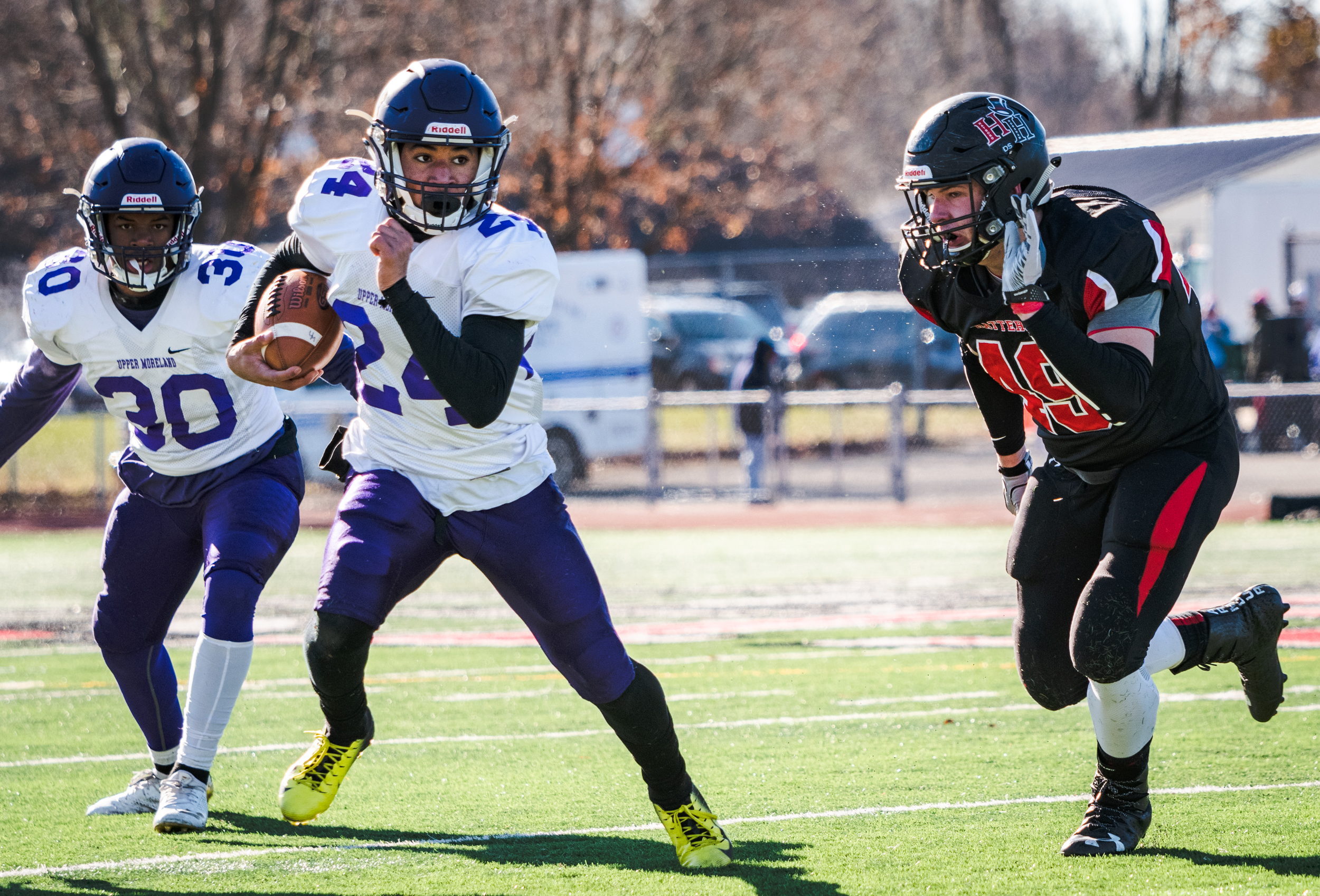 The Golden Bears (3-0) intercepted three passes and recovered three Upper Perk fumbles and controlled the ball while rushing for 302 yards. The defense held the Indians (1-2) to just 65 total yards, including less than a yard on 20 carries.

“We’re a pretty good defensive team,” said Bear coach C.J. Szydlik, whose team recorded its second shutout of the season. “We’re fast. We have some nice size in spots. This was one of our better efforts.”

Upper Moreland punted on its first three possessions and lost the ball on downs on the fourth. But the Indians fumbled the ball away at their own 28 yard line midway through the second quarter and the Golden Bears broke the 0-0 tie seven plays later on a 5-yard run by Dai-jahn Dukes with 4:08 to go until the half.

Then Upper Perk fumbled again on the first play of its next possession and the visitors quickly took it 14 yards on a 12-yard run by quarterback Byron Hopkins, followed by a 2-yard burst into the end zone by Dukes for a 12-0 advantage just 43 seconds after the first touchdown.

The Indians lost the ball four times and gained only 38 yards in the half, all but two on a drive in the last minute that ended on the Bear 37 when time expired.

Upper Moreland put together drives of 54 and 46 yards in the second half, with Cameryn Jackson scoring on a 21-yard run in the third quarter and then pulling in a 25-yard TD pass from Hopkins eight seconds into the fourth.
Meanwhile, it was more of the same for the Indians, with two more turnovers and just two first downs after the break.

The Bears, who could not take advantage of some big holes opened up by the offensive line early in the game, wound up with its 302 rushing yards on 58 carries. That included 93 on 16 attempts by Jackson and 58 on 16 tries by Hopkins.

“We were blocking outside and the backs were going inside,” Szydlik said concerning the early problems. “Once we got on the same page, things started to work out. When teams try to spread us out, that works in our favor. We’re sure a young team. We still have some things to work on.”

On the other hand, Upper Perk gained only 17 yards on its 20 rushing plays and Logan Simmon – who ran for over 150 yards in each of the first two weeks – was held to negative yardage on the night. Malachi Duka led the Indian offense with five receptions on passes from Hunter Flack good for a total of 41 yards.

“They’ve got a lot of depth and size,” said Hontz. “It was frustrating. We couldn’t get any movement up front. Eventually, they just wore us down. We were missing a lot of tackles and they broke them.