Chester is Sterling again in posting another shutout 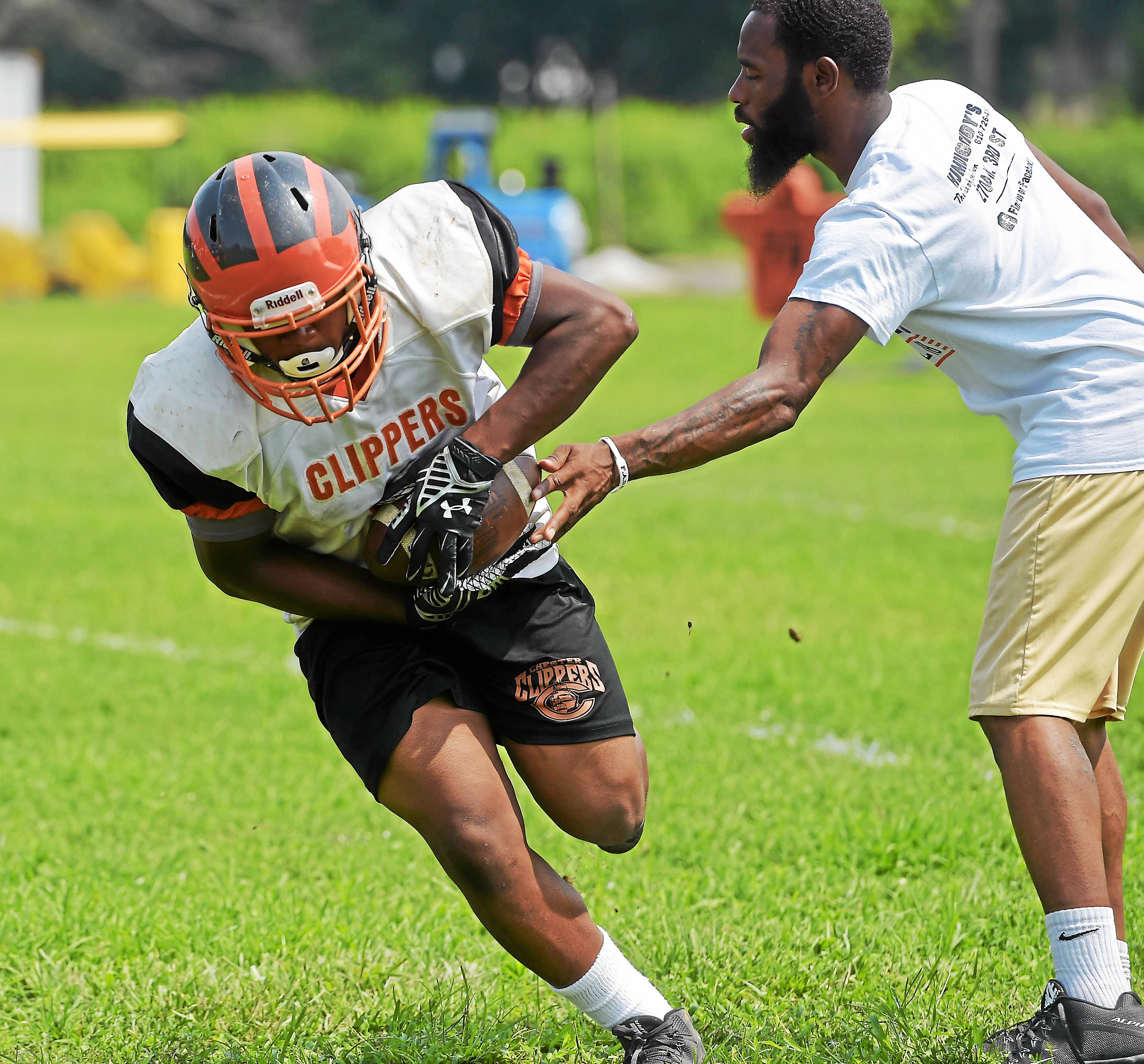 CHESTER — The numbers were staggering.

Defensively, the Clippers held the Cougars to minus-10 yards rushing and 28 yards through the air. King did not snap the ball on the Chester side of the 50-yard line in the first half and began only one possession beyond the 50 in the second half following a poor Chester punt.

Throw in four interceptions and three quarterback sacks, and Chester is 3-0 thanks to its third consecutive shutout.

“We just come here to execute and get the win,” said Anton Sterling, who picked up 144 yards on 21 carries and scored a pair of first-half touchdowns. “Things get intense at practice, but there’s nothing like winning.”

Chester’s opening drive lasted 11 plays and covered 82 yards, with Sterling, who had seven carries, getting a short scoring run.

The teams traded interceptions and punts for most of the next 15 minutes. Malachi Langley, the younger of twin brothers who wear Nos. 1 (Malik Langley) and 2 (Malachi) for Chester, had an interception in each of the first two quarters.

“I saw we weren’t doing as much as we wanted on offense,” Malachi said. “I knew I had to do some ball-hawking on defense. It doesn’t matter who had the interceptions. I’m just happy we won.”

Langley’s second pick keyed a six-play Clippers drive that resulted in a 13-yard Sterling run on which he carried several King defenders into the end zone to give Chester a 12-0 halftime lead.

The defenses dominated the third quarter before King was set back inside its 1-yard line by a bad snap. Two plays later, the Clippers’ defensive front swarmed QB Lamir Kitchens for a safety.

Following the free kick, Aasim Muhammad and Jakai Boegertey, who was all over the field defensively, broke off big gains for Chester before quarterback Dymiere Stevenson covered the final yard with 5:16 to play.

“Our defense does not want to have a touchdown scored against it,” Boegertey said. “It’s great to be winning because you know everyone will be behind you when you win. Coach (Lafennis) Terry (III) is a great defensive coordinator. For him, everything we do is about execution. We all know that we have to have each other’s backs all the time.

“Today, we knew that when they had certain players in there that probably were going to run the ball. And we also knew we had to contain their quarterback. We just went out there to make sure they didn’t score any points.”

“They know that we demand execution in whatever we’re doing,” said Bell, who displayed his amazing athleticism in jumping up and over a ball-carrier who had been knocked out of bounds in the second half. “Everything is dependent on that. I’ve been preaching all along that our guys were going to be part of a culture shock with what they’re doing here. It’s great to be 3-0 and it’s great not to have given up a point.

“But now that this one is over, it’s time to get back to work and get started thinking about next week’s game at Bartram.”