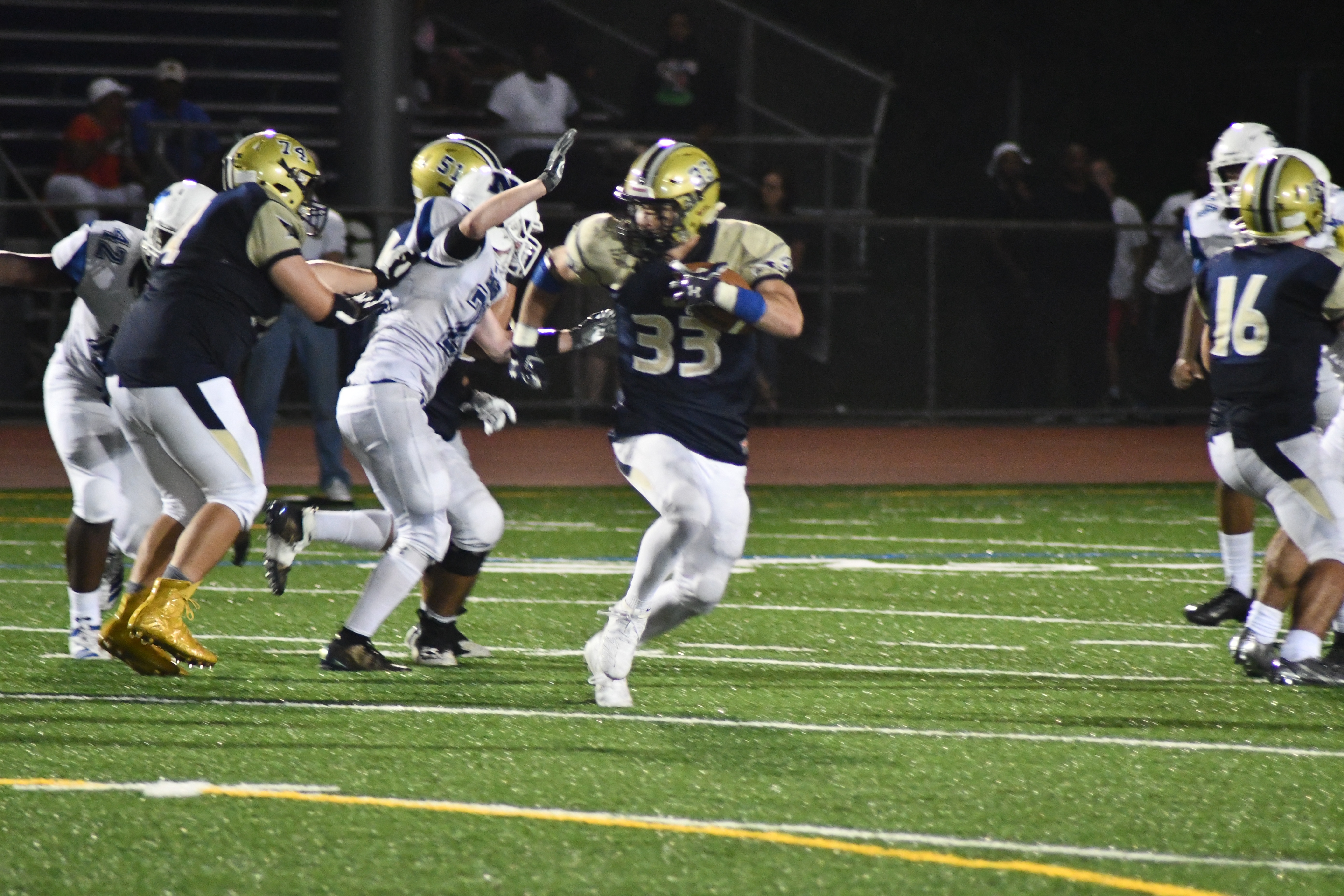 UPPER MERION >> It is always a personal game between crosstown rivals Norristown and Upper Merion.

Both communities came out strong but in the end it was the hometown Vikings earning a dominant 39-14 victory to retain the Battle of the Bridge trophy.

Swenda gave the Vikings the lead in the first quarter with a 42-yard rushing touchdown.

“Everybody is banged up and they worked hard,” said Swenda. “This is a great team win and it’s awesome to come out on top like this.”

“It’s not just me making the scoring play,” added Swenda. “It’s also the offensive line to make the holes and help go deep down the field.”

Also having a big offensive performance was quarterback Dale Clayton who had two rushing touchdowns in the game for Upper Merion.

“We played great as a team, came out strong facing an aggressive defense and just kept pushing forward,” said Clayton. “In the second we came out stronger rushing down Norristown’s throats and that’s all we can do.”

Despite only having a one touchdown lead at halftime, the Vikings managed to pull away with the victory by scoring 19 points in the fourth quarter.

Upper Merion head coach Victor Brown was thrilled for his team to get the blowout victory against a tough rival.

“The longer I keep coaching here, I realize more how this game gets bigger and bigger every year,” said Brown. “I get phone calls, letters, emails, well wishes and this is an important game to the Upper Merion community and they made doubt about that.”

“Anthony Swenda is a tough kid,” said Brown. “He did a really great job with the adjustments that we had in mind after halftime. I think something that helps with him are the weapons around him in the offensive line and everyone else on offense.”

Norristown is now 0-2 on the year and head coach Joseph Milligan was sad about the outcome against Upper Merion.

“The difference was the penalties and the mistakes we had in the second half,” said Milligan. “We kinda killed drives and we can’t continue to make mistakes like we did tonight.”

“We can’t win with the penalties because they eventually lead to turnovers and that’s what happened tonight,” added Milligan. “We had chances to punch it in the end zone but then we made turnovers.”

Norristown got the first touchdown in the first quarter to tie the game at 7-7 thanks to a 1-yard run from Nick Donolfi.

Norristown later got the final touchdown of the game late in the fourth quarter with a 75-yard kickoff return from Naji Beccles.

The Norristown football squad looks for its first win of the season when it hits the road for the third straight game against Plymouth Whitemarsh with kickoff scheduled for 7 pm.

Upper Merion looks to go 3-0 on the year when it travels to Methacton next Friday for a 7 p.m. kickoff.