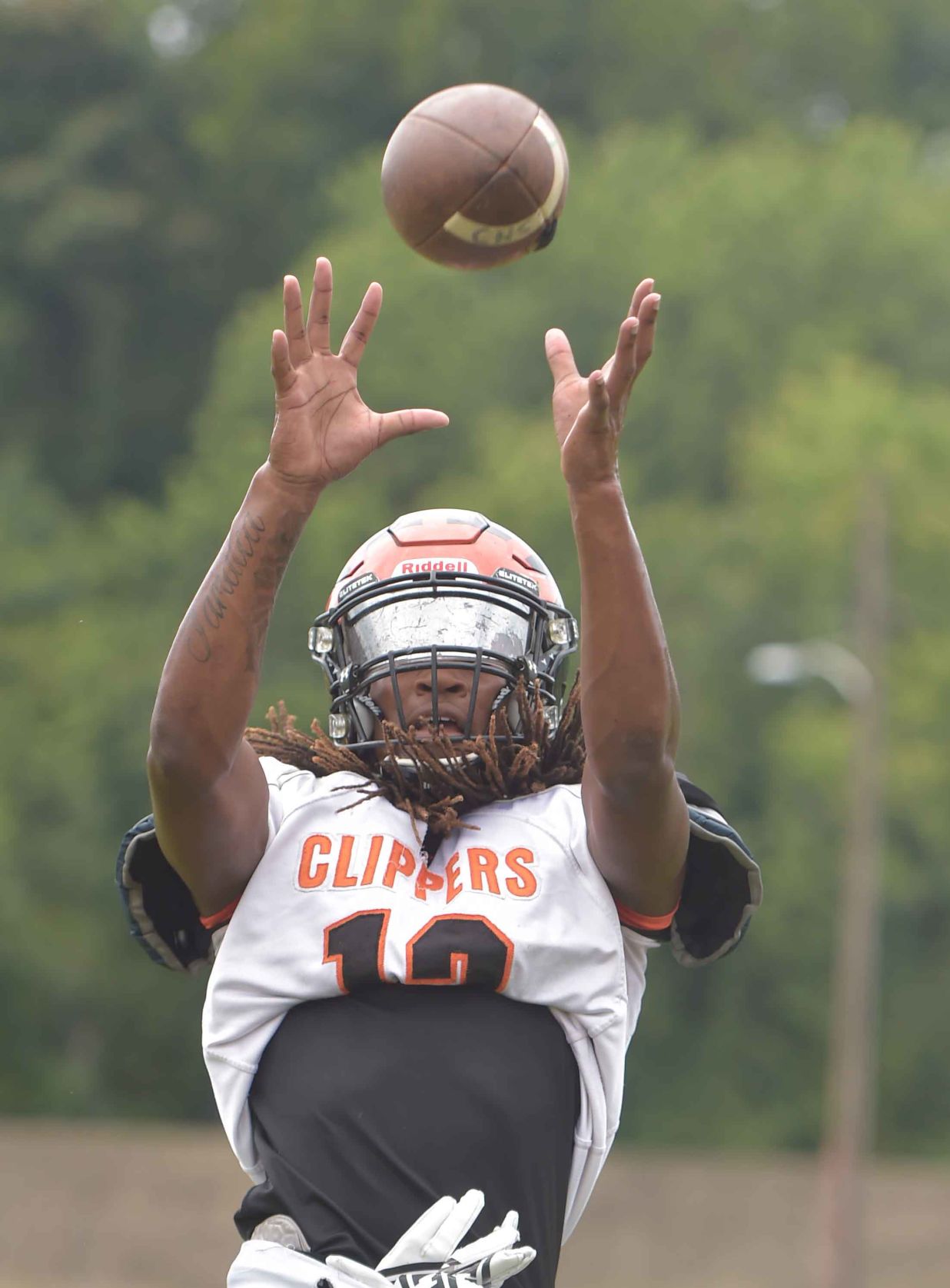 That’s what Chester High football is aiming for in 2019.

The Clippers want to change the culture by becoming a consistent football team. A 50-0 shellacking of West Philadelphia High School Saturday was the first step of their journey.

For years the young men donning the orange and black uniforms have talked about change. There have been hot starts, slow starts and starts in-between. But never have the Clippers been able to sustain success, not for several years, going on decades.

In recent years, the underwhelming results haven’t been due to lack of effort by the players or coaching staff. That certainly is not the case under the stewardship of Ladontay Bell, who has done more positive things for the football program than anyone.

It has taken time to put the pieces together, to ensure everyone is dedicated throughout a long season. Perhaps this is the year the Clippers stay together for 10 weeks or longer.

Time will tell. Saturday was an impressive start, a tail-kicking the likes of which Chester hasn’t seen before. Defensive coach James “Peach” Howard noted that Chester has never scored 50 points in his time as coach … and Peach has been around long enough to have a little fuzz around the edges.

“I spoke to the coaches and told them that I need their energy level. All ‘E’ words — energy, effort, expectation, enthusiasm to be at an all-time high,” Bell said. “The kids responded, the coaches responded. We want our expectations to be at a higher level this year and they met that demand today.”

If Saturday’s performance was any indication, Sun Valley could be in big trouble next week when Clippers come to town for a Friday night nonleague contest between old Del Val League rivals.

“Preparation is definitely the key,” Bell said. “I tell the kids to hold onto the progress that we’ve made, to hold onto what you’ve done well and whatever you haven’t done well, let’s capitalize on it for the next week. So, it’s moreso looking ahead and not looking back.”

The Clippers pushed around the Speedboys for 48 minutes. The visitors committed six turnovers, including interceptions by Hilliard and senior Malik Langley. West Philly netted four yards of total offense, fumbled the ball seven times and amassed a grand total of nine offensive plays which resulted in positive yardage.

“Being here for four years, we’ve all be here since we were ninth graders, and we’re tired of losing,” Muhammad said. “We want to win now, we want to change everything.”

Chester was smooth and efficient from the get-go. A 14-play drive to open the game was capped off by junior running back Anton Sterling’s first of two touchdown runs. A minute later, after the Speedboys fumbled the ball away, Sterling was back in the end zone on a six-yard run.

Sterling is one of a slew of offensive weapons at Bell’s disposal. Muhammad ran one in for a touchdown, too. Chester also made sure that star track-and-field runners Malik and Malachi Langley got their touches out of the backfield.

“I just want to help my team, whatever I can do for us to get a win,” said Sterling, who gained a game-high 48 yards on six carries. Chester’s offense produced 201 yards on 35 snaps, an average of 5.7 yards per play.

Later in the first half, Sterling delivered a lethal block to free up Malik Langley’s nine-yard scoring jaunt

“We wanted to come out here right away in the first quarter and get the momentum,” said Malachi Langley, who caught a 65-yard touchdown pass from rookie QB Dymiere Stevenson and returned a punt 60 yards to the end zone.

“This win is momentum to carry us into the rest of the season. Now we’ve got nine more to go.”

Chester reached the half-century mark in points early in the fourth quarter after Malachi’s punt return. Malik ran in the two-point conversion to make it 50-0 with 9:31 left in the game.

“That should always be the goal, though,” said Hillard, who boasted the highest GPA (4.1) on the team last year. A fourth-year starter, he is drawing recruiting interest from Fordham, among other colleges.

“We stuck together as a team,” Malachi Langley said. “That’s what matters most. We’ve got to do that all season long.”