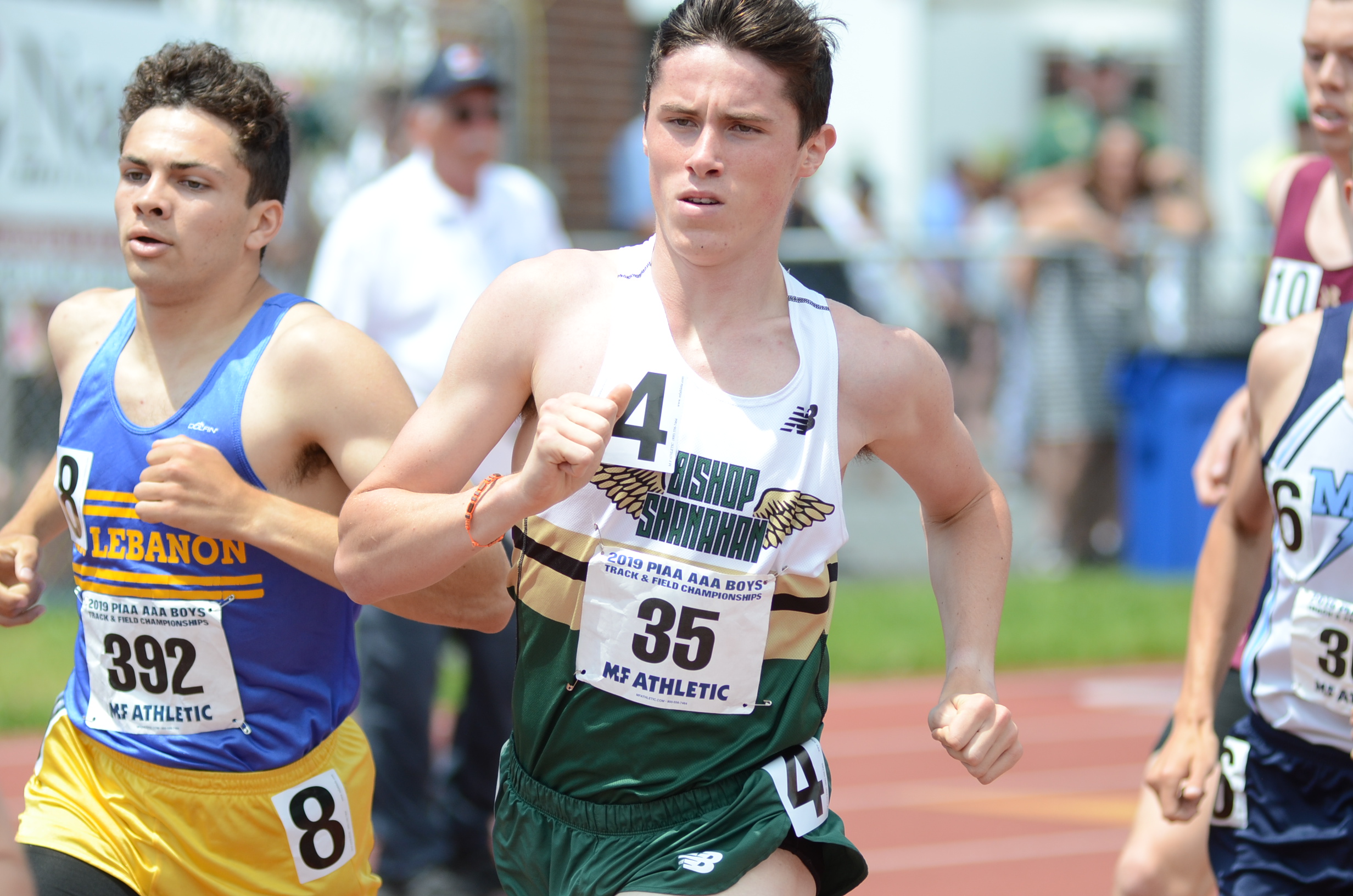 Delone had the fastest 100 meter time in the Ches-Mont League with a 10.92. His versatility has allowed him to compete in the hurdles, high jump, and sprints. At the state meet, he placed 4th in the 200 meter dash in 21.73.

Walker had the fastest time the Ches-Mont this year in the 3,200 with a time of 9:17.41. He’s currently ranked 7th in the state in this respective event.

Ortega, who recently committed to Villanova to play football, placed 4th at the PIAA Championships with a throw of 198.01 feet.

Moore had a personal record jump of 48  feet in the triple jump at the PIAA Championships. He placed second to make a podium appearance.

Genereux placed 7th in the pole vault at the PIAA Championships and earned a podium spot. At New Balance Outdoor Nationals he earned a personal record of 14-7.5 feet.

Kamara had an outstanding season with his best jump of the year coming at the PIAA Championships, winning gold in the high jump. His personal record is 6’8”.

Henry leads one of the best programs in the state. At the District 1 meet, the Coatesvile boys took the title and the girls were runners-up behind Cheltenham. Eleven of his athletes competed in single events at the PIAA Championships in Shippensburg, while also bringing a 4×100 and 4×400 relay team to states on both the boys and girls sides. Henry had eight of his runners and respective relays earn a spot on the podium. The Coatesville boys team was the runner-up at states, and captured the 4×100 gold in a state record time of 40.99.

DLN ALL-AREA: After back injury, Dymere Miller storms back to leave his mark at Coatesville
Vote for the Delco Times’ Athletes of the Year in our Instagram contest