DLN ALL-AREA: After back injury, Dymere Miller storms back to leave his mark at Coatesville 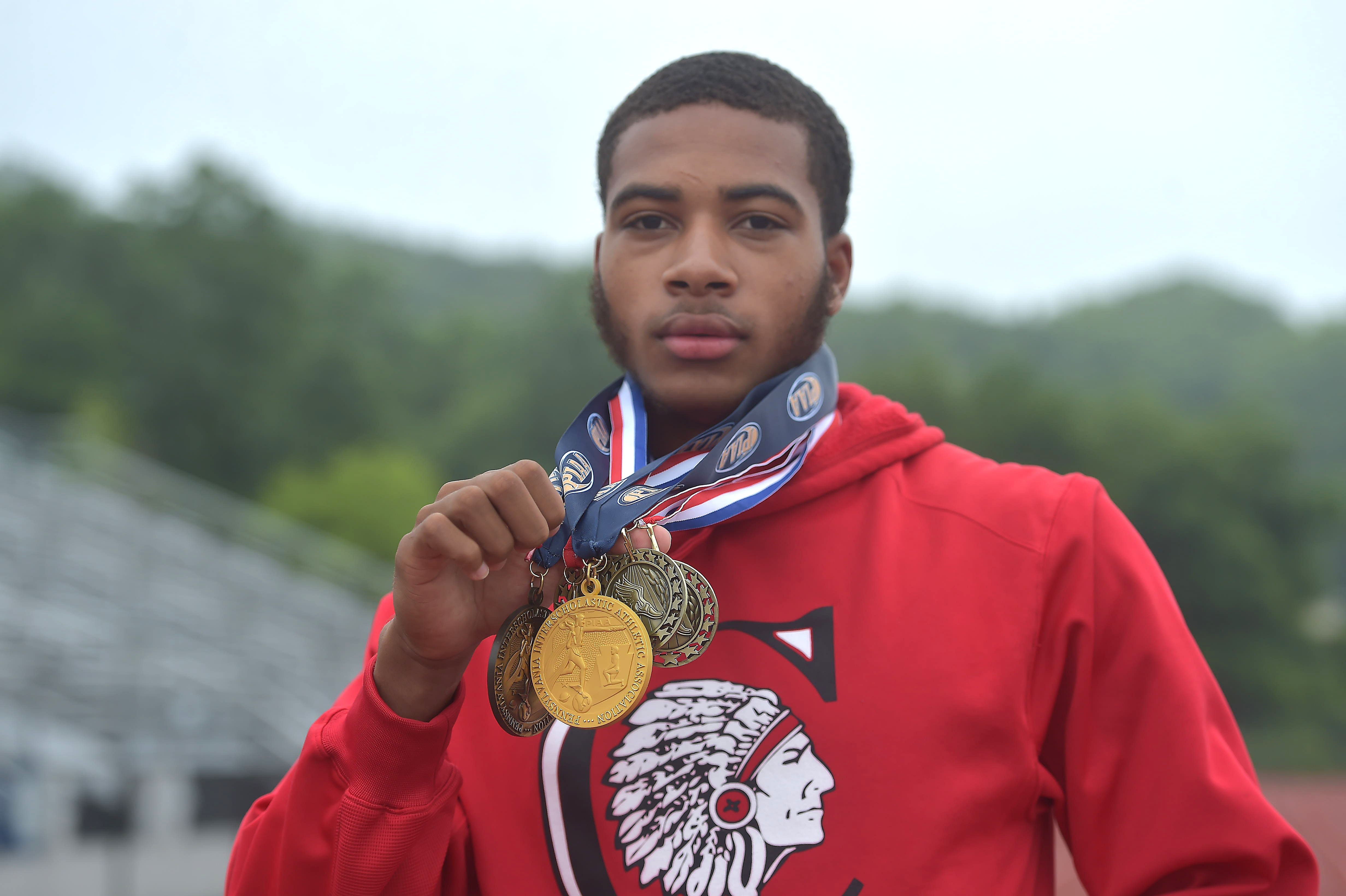 The Coatesville track and field team is never lacking in speed and excitement.

For more than two years, Dymere Miller was forced to mostly watch all that speed from afar.

So with a back injury sorted out, and his senior year ahead of him, Miller vowed to leave everything on the track.

In the end, he left his mark on tracks in Coatesville, Philadelphia and Shippensburg, en route to being honored as Daily Local News 2019 All-Area Boys Track & Field Athlete of the Year.

“The last three years, I have been dealing with a herniated disc in my back, and my sophomore and junior year I didn’t really get to play or run,” Miller said. “So, my senior year, I just had to show out.”

Miller’s final run in the red and black of Coatesville will live on in state history. Literally.

Miller joined Dapree Bryant, Camari Stocker and Eric Kirk in setting a state record in the 4×100 relay at the PIAA Championships at Shippensburg, with a blazing time of 40.99.

Incredibly, Miller feels like they could’ve gone much faster.

“The race felt great, to be honest, after the run I didn’t even know we ran that fast until after we got our medals, but it feels great to break that record,” Miller said. “We could’ve ran way faster because we had to sub in an alternate the week before, and to run that time it was crazy.”

With Miller as anchor, the Coatesville relay became the first team in Pennsylvania history to break 41 seconds.

“It feels good and I didn’t think I was going to get it,” Miller said of the All-Area honor. “I’m just very thankful”

While the state championships are the biggest meet of the year on paper, athletes in the Philadelphia area know there is a grand stage just down the street.

In April, Miller anchored a 4×100 relay with Kirk, Bryant and Aaron Young, and set Franklin Field abuzz when they clocked a time of 41.55 in the preliminaries, faster than any other American high school team.

The only two schools ahead of them came from Jamaica.

One day later, Coatesville was fourth in the Championship of America finals, behind three Jamaican schools.

At the Ches-Mont Championships, Miller had the fastest 200 meters and ranked 14th in the 100 meters.

From his first 200 meter race of the season, Miller ran a 22.14 in the 200 during a duel meet with Downingtown East. His times ticked down all season until he hit his personal record of 21.59.

“Each meet my times were dropping until I got to districts and states, and they didn’t drop and then I finally went that 21.5,” Miller said. “I was trying to go lower but I was dead out of energy going into the final”

Despite all the records, Miller has never been satisfied, whether it’s on the football field or track.

Coatesville head coach Damien Henry laid the blueprint out for Coatesville success this year, and Miller has bought into his program.

“He’s an amazing coach. He really pushes me, and when I first talked to him I was supposed to run track my sophomore year and wanted me to run hurdles … so I didn’t come out,” Miller said, laughing.

Miller also was a member of the Coatesville football and basketball teams, both of which reached the state semifinals last season. He also used track to become better and faster for his other sports.

“My junior year, [football] coach [Matt] Ortega wanted me to run track, so I can get faster for the football season. And then they added me to the 4×100 late, right before Penn Relays, and I just couldn’t wait until my senior year to run”

In the fall, Miller will attend Salisbury Prep in Connecticut to play football, but hasn’t ruled out running track in the future. After prep school, Miller is thinking about being dual sport athlete, playing football and running track.

“They don’t have track (at Salisbury Prep),” Miller said. “I’m going to just play football, but when I get to college I’ll definitely do both.”