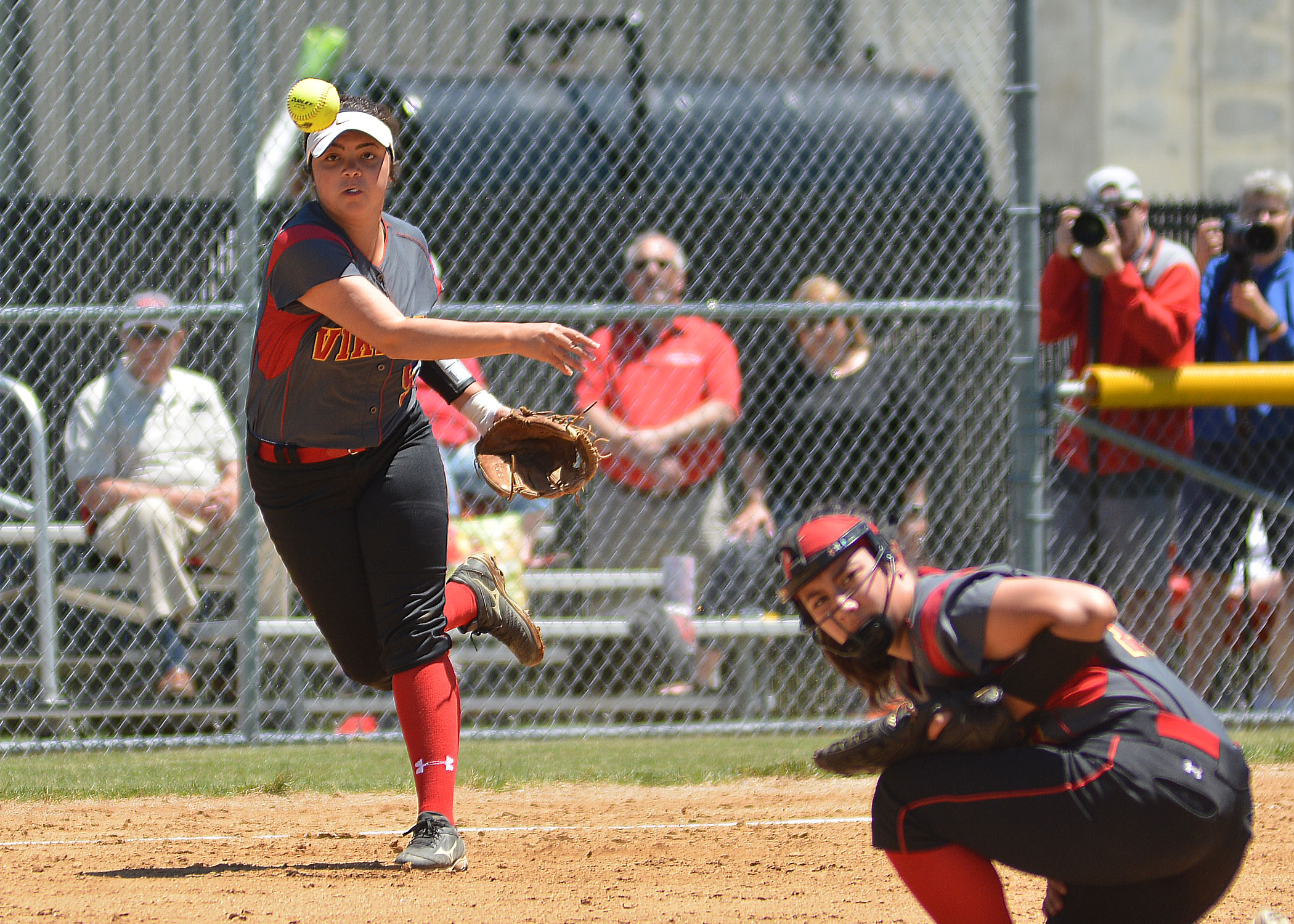 WEST GROVE—All year long, the West Chester East Vikings seemed to be able to find a way to get it done. In a pitcher’s duel and just need to manufacture a single run? No problem—drop down bunts, take advantage of speed, and play spotless defense behind the pitcher. Need to put up a bunch of runs? Again, no problem—the Vikings had girls all up and down the order who could deliver the big hit. No problem, that is, until Tuesday’s PIAA Class 5A semis at Avon Grove High School.

Lampeter-Strasburg, the District 3 runner-up, punched its ticket to a second straight state title game, scoring early and holding off a late push from the Vikings to come away with a 5-2 victory.

“Two runs isn’t really our thing and it wasn’t going to get it done today,” said Vikings’ coach Bobby Swier. “I still believe that we are one of the very top teams in the state, but we just didn’t play to our capabilities today.”

Before even stepping on the field Tuesday, the Vikings were dealt a blow when it was learned that they would be without the services of senior co-captains Kelsey McLaughlin and Kinzie Thomspon, who left the team after graduation last week. Lexi Wilson first to first for the out. Wilson shifted from her usual second base to shortstop for the game (BILL RUDICK for MediaNews Group)

“Obviously, it makes a difference when you’re missing two players who have been there all year,” said Swier. “But we’ve been dealing with injuries and different line-ups all year. We all still felt like we had a line-up that could win today. And the girls who stepped up into different positions played well.”

L-S drew first blood. Chloe Blantz got things going for the Pioneers with a two-out single up the middle and scored when Bryne Baker doubled to left. Then in the second, Gabby Drumm made it a 2-0 Pioneers’ lead with a solo home run.

Baker was getting it done in the circle, too, with a first inning triple from Amanda Gomez the only hit she allowed in the first five innings. She picked up the pitching victory, going the distance, allowing two runs on four hits, while striking out three and walking none. Down 4-0 to start the sixth, West Chester East finally got on the board. Paige Olson led off the inning with a bang, stroking a shot to centerfield for a solo home run. Sam Gomez delivered a solo shot of her own, a blast to left center with two outs.

For Gomez, headed to Jefferson to play softball and pursue a degree in occupational therapy, it was the last game she’ll get to play with her sisters, pitcher Jess and first baseman Amanda.

“When they first started to play travel ball with me, I didn’t like it,” said Gomez. “Not going to lie, I kind of wanted it to be all about me. Then when I got to catch Jess, and look down to first and see Amanda, I realized how great it was that we got to experience this together. But summer work outs start soon. I’m ready for the next chapter.”

Gomez was one of six seniors on the roster this season, along with Thompson, McLaughlin, Olivia Ronayne, Lexi Wilson, and third baseman Kayla MacLaughlin, a Fordham recruit.

“This season has meant so much to me,” said MacLaughlin. “Really, it’s the first full season I’ve had thanks to injuries previous years. We just worked hard and played for each other. No one was in it for themselves. We came in knowing our senior year could be our year, and I’m really proud of the way we played and what we accomplished. The younger girls coming in next year have high marks to shoot for. I’m not sure they realize yet how much talent they have.”

The loss, while tough, doesn’t dampen or define the season the Vikings had, fighting for a division title literally until the final day, earning the top seed in District 1, 5A and playing to their seed and earning the first District championship in program history. Not to mention getting within a game of a shot at the state championship.

“Playing in our league definitely prepares a team for the post-season,” said Swier. “This was a great season, the best ever for West Chester East softball. It’s a great group of girls that set the bar high going forward. Hopefully the younger players will feed off this excitement and come back hungry for more next year and beyond.”