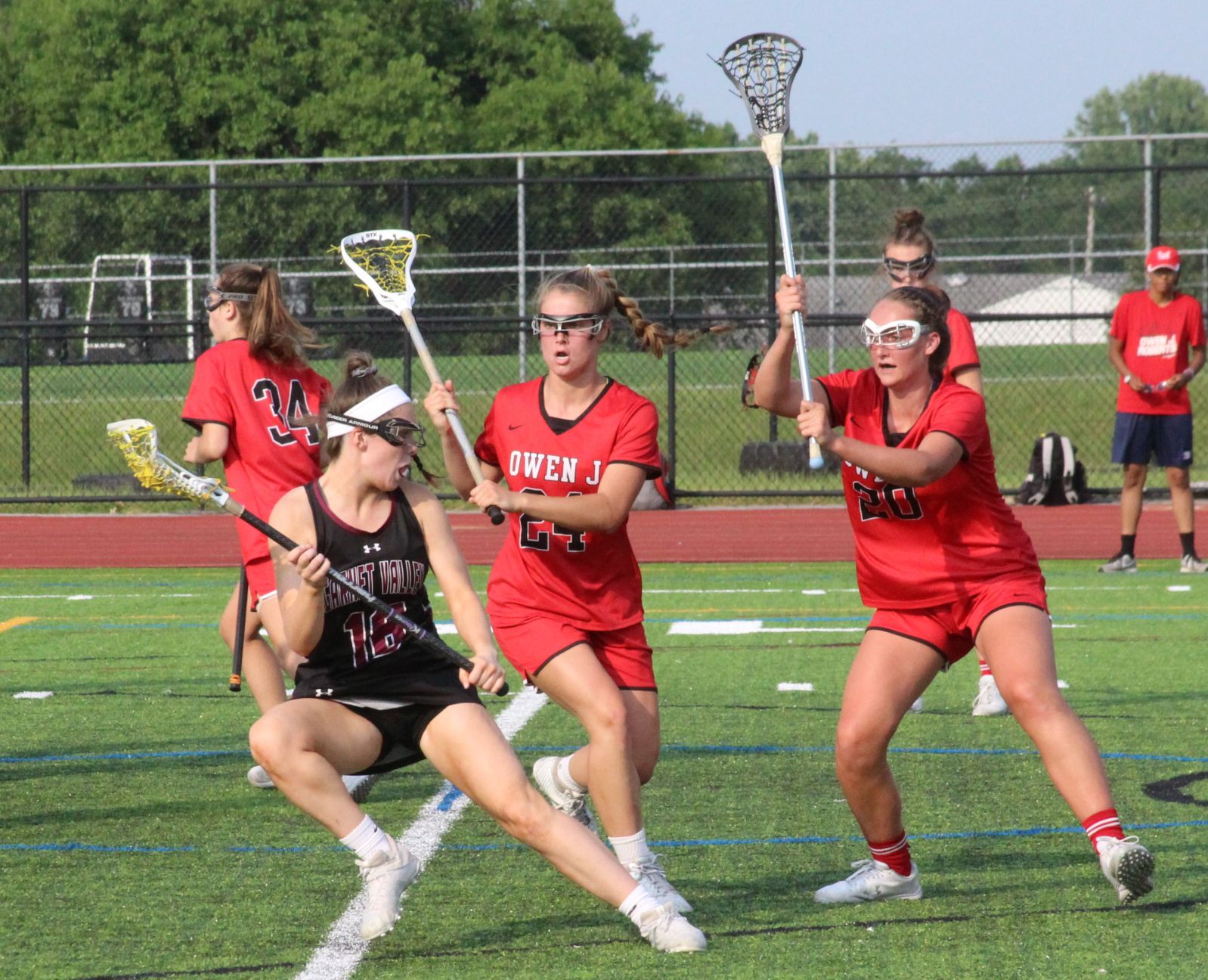 WEST GROVE — The game ended the way it began for Garnet Valley.

The Jaguars won the draw control, just as they’d done much of the afternoon in securing an 18-11 victory over Owen J. Roberts in the quarterfinal round of the PIAA Class 3A playoffs at Avon Grove High.

Moreover, the defense coach Jenny Purvis drew up to contain 200-goal scorer Hannah Delahaye on the steamy day was good to the last drop of effort. The Jaguars shut her out.

It’s enough to make you believe Garnet Valley has a decent shot at securing what would be a fifth state lacrosse championship since 2011. The last one came in 2015.

“I loved what I saw out there,” Purvis said. “We threw some new stuff at the girls. Owen J. is a well-run lacrosse team but we thought if we could kind of disturb their typical setup that it might help us. And I think it really did. I loved our speed on attack today, too. I just thought we played really powerfully. Our goal was to play smart but fast at the same time. These girls want nothing more to keep this season going. I think you can see that when they play. They play with that passion and they play together. And that’s our best lacrosse when we do that.”

Madi McKee prevailed in draw controls, the Garnet Valley senior winning the majority of them to set the tone on the day. Whether it was dominating on faceoffs or playing physically, McKee was in the middle of the action. The 6-1 senior looked like Joel Embiid going coast-to-coast for a dunk in netting the team’s second goal, one of two for her on the afternoon. Like Purvis, she was floored by the play of the defense.

“We actually brought out a different defense today,” McKee said. “We were spending the last two days working on it and our defenders did such an awesome job. Today, honestly, we played like a team. We all trusted each other and we had faith in each other. Our defenders, they did such a great job. They shut down a great player.”

Fellow Jaguars All-American Regan Nealon scored two of her six goals to stake the Jaguars to a 5-0 lead in the first five minutes. The Jaguars never led by fewer than four goals and were in front by 10 with three minutes remaining. Regan and her sister Kara, another all-American, combined for four of Garnet Valley’s seven second-half goals.

“They’re a great team,” Wildcats coach David Schelsinger said. “I think it’s the best team we’ve faced all year, and we’ve faced some really tough competition. They have three remarkable players who are all-Americans, and they played like it.”

McKee believes the best is yet to come for the Jaguars, who seem to get better each time they hit the field. A win over Manheim Township in the semis Tuesday, and the girls are back in the championship round, where the program is 4-0.

“We’re all, like, so pumped,” McKee said. “We made it to semis the past three years, so we’re hoping. I mean, our goal is the state championship. But we’re working at it one game at a time and I think that we’re all really excited for our next game.”