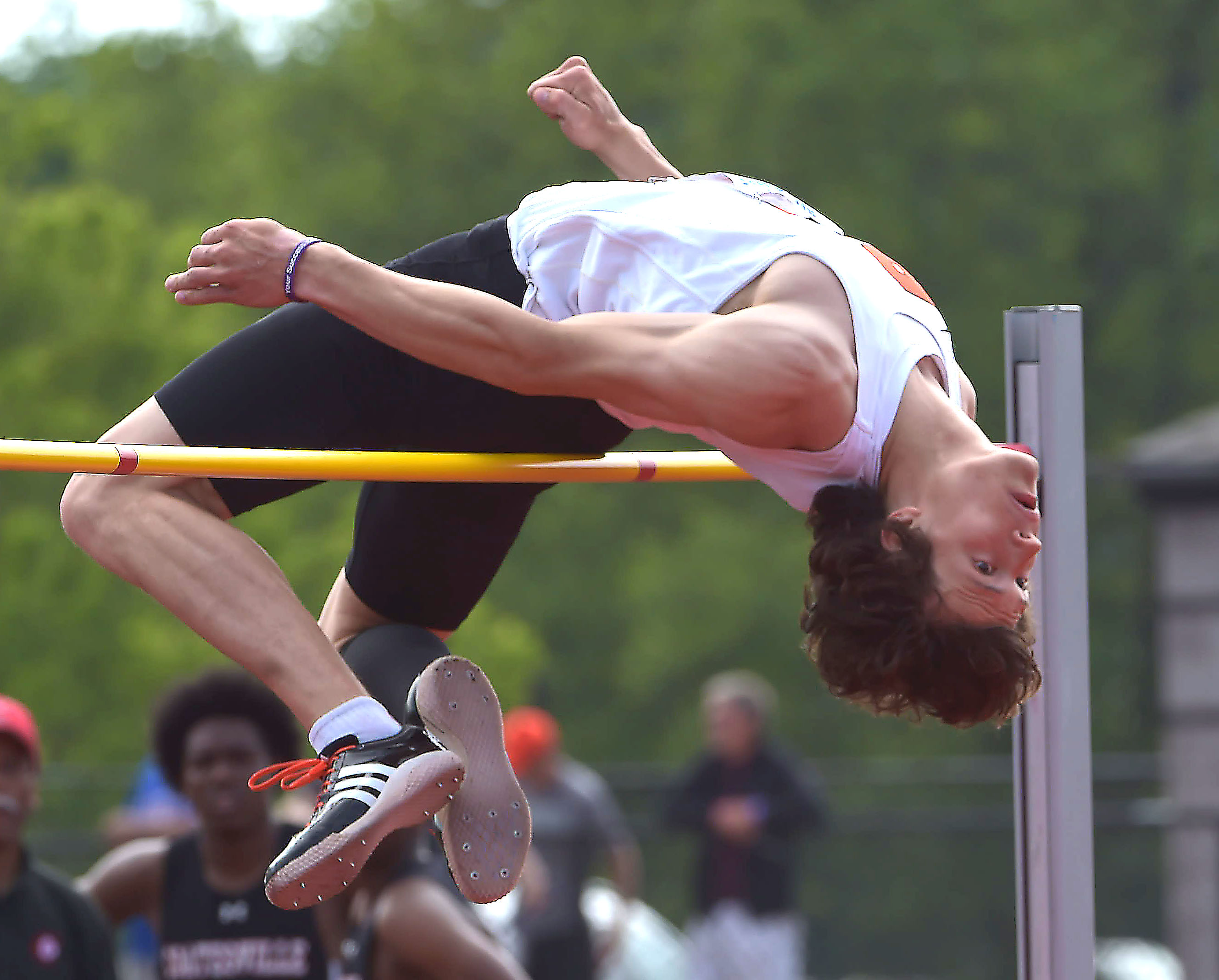 There was no additional gold mined by the Pioneer Athletic Conference in the Pennsylvania Interscholastic Athletic Association (PIAA) Championships Saturday.

But a number of athletes from the league came away from the second day of action at Shippensburg University with medals. Seven area athletes reached the medal stand out of 12 who scored Top 10 finishes in their events on the second day of state-level competition.

Teamwise, Perkiomen Valley was again leader of the PAC with a combined six medals from the weekend; the girls were fifth with 23 points, and the boys 15th with 13. Both finishes were the highest of the PAC teams.

“It was a great weekend,” PV head coach Joe Petsko said. “Everybody brought it. They did a great job.” PV’s showing was led by the silver-medal showings of Christina Warren and Cole Peterlin. Warren, coming off a third straight state championship in the triple jump Friday, placed second in the AAA girls 100 low hurdles with a 13.77. Peterlin ended up a close second in the AAA boys high jump by clearing the bar at 6-foot-8, the same height achieved by event winner Ousman Kamara of Coatesville.

“He jumped the height one attempt before me,” said the PV senior, tying a personal record with the effort. “I had done it indoors. This was the first time I did it outdoors.”

Warren, who got a sixth-place medal in the 100 hurdles last year, improved on her qualifying time of 13.81. She was able to do that even while contending with a headwind during the race.

One downside to Warren’s final appearance at states was finishing out of medal contention in the long jump. She came in as the defending state champion in the event, but a short time frame between the finish of the hurdles race and the long jump made the difference.

“I was coming off the hurdles and couldn’t straighten my mind,” she said. “I don’t remember it being that quick, but there’s not much you can do about it.”

Grace Ramsey gave the Vikes a fourth place in the AAA girls javelin. After finishing as District 1 champ last weekend, Ramsey made a throw of 139-2 on her third attempt to finish fourth.

“My best had been 136. Now it’s 139,” Ramsey said. “I knew I wanted to make an improvement. Coach Petsko told me what to change and fix, and I got it right on that throw.

“I give Coach Petsko credit for teaching me everything I know.”

In the AAA boys 3,200, PV junior Tyler Clifford placed seventh in a time of 9:22.72. In doing so, he overcame the situation of being toward the back at the start.

“It went pretty well,” he said. “I stuck to my game plan and ran my pace. The last three laps I moved up, and got into position the last two laps.”

Jamison Moccia headed the Boyertown contingent with his medal finish in the AAA boys 100. Moccia placed sixth in a time of 11.04, while teammates Ethan Michaels and Jacob Eddinger went ninth in the high jump (6-4) and discus (149-6), respectively.

🚨State Medalist🚨Aidan Hayward comes back in the AAA Boys Discus to finish 8th in the state and earn his 2nd state Medal of the Meet! Great Job Aidan! @AthleticsOjr pic.twitter.com/A4yJSA5hlU

Owen J. Roberts’ Aidan Hayward made a second trip to the medal stand in the AAA boys discus. Hayward, who finished seventh in the shot put Friday, was eighth in the discus with a throw of 149-11 to finish one place ahead of Eddinger.

For Upper Perkiomen, Tyrese Reid was ninth in the long jump with a leap of 21-6 1/4. Chalmers Stroup finished 10th in the javelin with a throw of 176-9.

Elsewhere in the AAA girls field, Spring-Ford’s Devin Rawley and Methacton’s Katelyn Evans went a respective ninth and 11th in the long jump. Rawley went 18-3 3/4 in the event, and Evans was 11th with a 18-0 1/4.