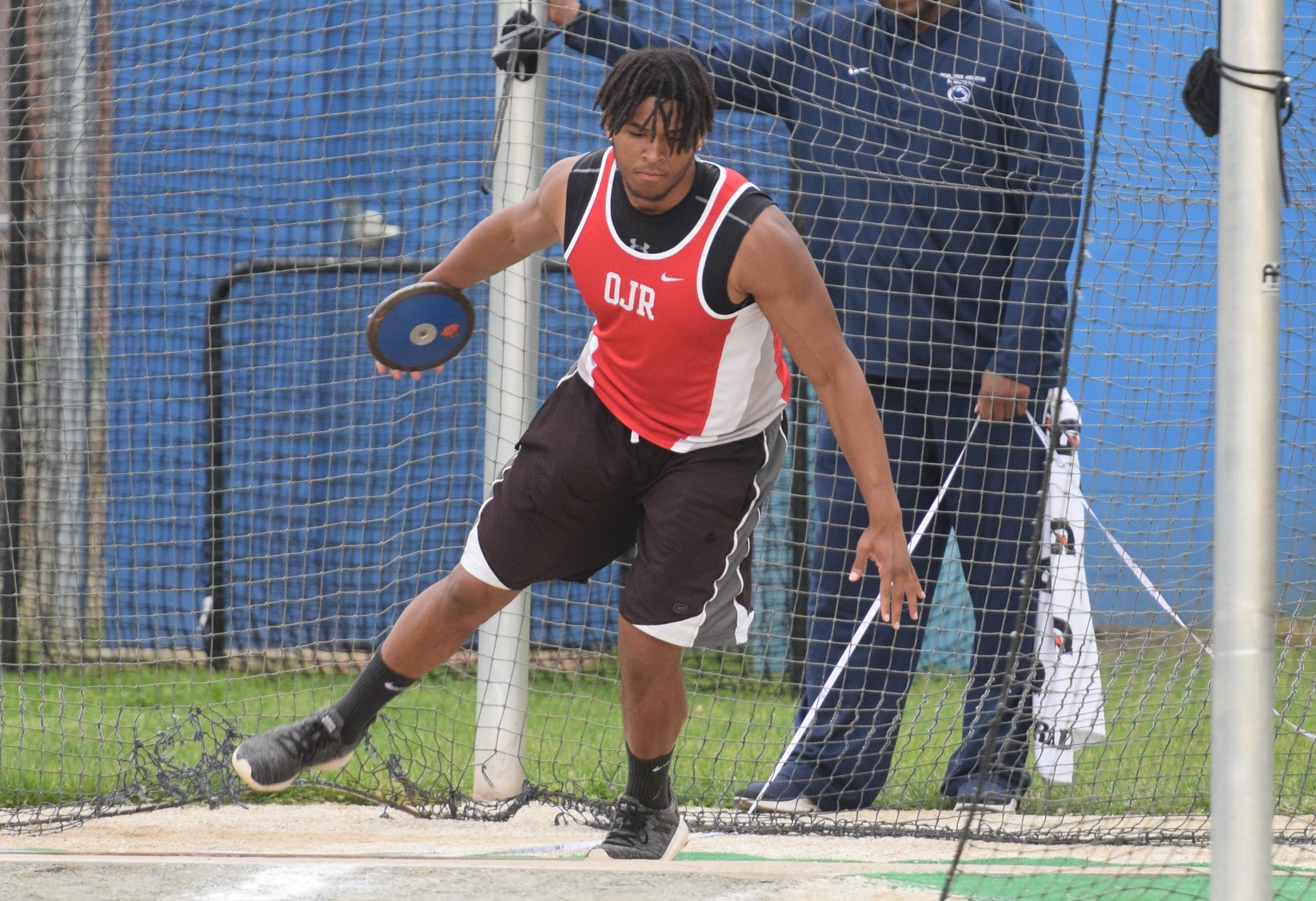 CALN >> They’ve been a 1-2 punch for the Perkiomen Valley girls track team this spring in the javelin.

That was the case Friday, albeit on a higher scale.

Grace Ramsey and Evangelic Rosales dominated the Class AAA field in the District 1 Track & Field Championships at Coatesville, claiming the first two spots in the event. Ramsey followed last weekend’s gold-medal outing at the Pioneer Athletic Conference meet with a 136-5 throw, and Rosales was one spot back with a 128-11 — both personal bests.

Suffice it to say, it was a memorable day for the Viking juniors. They are both first-time qualifiers for next week’s PIAA Championship meet at Shippensburg University.

For Rosales, who threw a 102 at PACS, the outing was even more memorable.

Rosales also benefited from having Ramsey compete in the same event.

“Grace helps me improve,” she said. “She’s shooting for me.”

The PAC boys got a 1-2 of their own in the AAA discus. Owen J. Roberts’ Aidan Hayward won the event with a 157-4, and Boyertown’s Jake Eddinger placed second with a 151-10. Perkiomen Valley’s Jason Wagner also medalled, sixth with a throw of 139-6.

Another PAC competitor punched his ticket to states early in the day. Boyertown junior Ethan Michaels won the high jump with a personal-best 6-foot-7, a height matched by Coatesville’s Ousman Kamara.

Michaels credited a change in routine during the week’s practices with boosting his effort.

“I spent a lot more time jumping, working on my arc,” he said.

Another first-time state qualifier was Methacton’s Madi Eastmure. The Warrior sophomore got the eighth-place medal, but her 5-3 effort — she was one of six girls in the finals to hit that mark — is a state qualifier, in addition to a personal best.

“Today was nice,” Eastmure said of the weather, generally sunny and warm, “but it was a little windy for the high jump. I picked up speed (on approaches) because of the wind.”

The Methacton girls’ team had a unique 2-3 showing in the AAA pole vault. Warrior teammates Camryn Rodriguez and Nickolina Annelli placed in that order, both hitting the 11-6 mark. Behind them was OJR’s Brooke Corson, fourth at 11-0.

Perkioman Valley’s Christina Warren placed fourth in the long jump at the District One Track and Field Friday at Coatesville Area High School. Her longest jump was 18 feet.

On the boys’ side, PV’s Cole Peterlin was fourth in the high jump at 6-5.

In the team standings, the PV girls ended the first day leading with 23 points. Methacton tied with Cheltenham for second with 18.