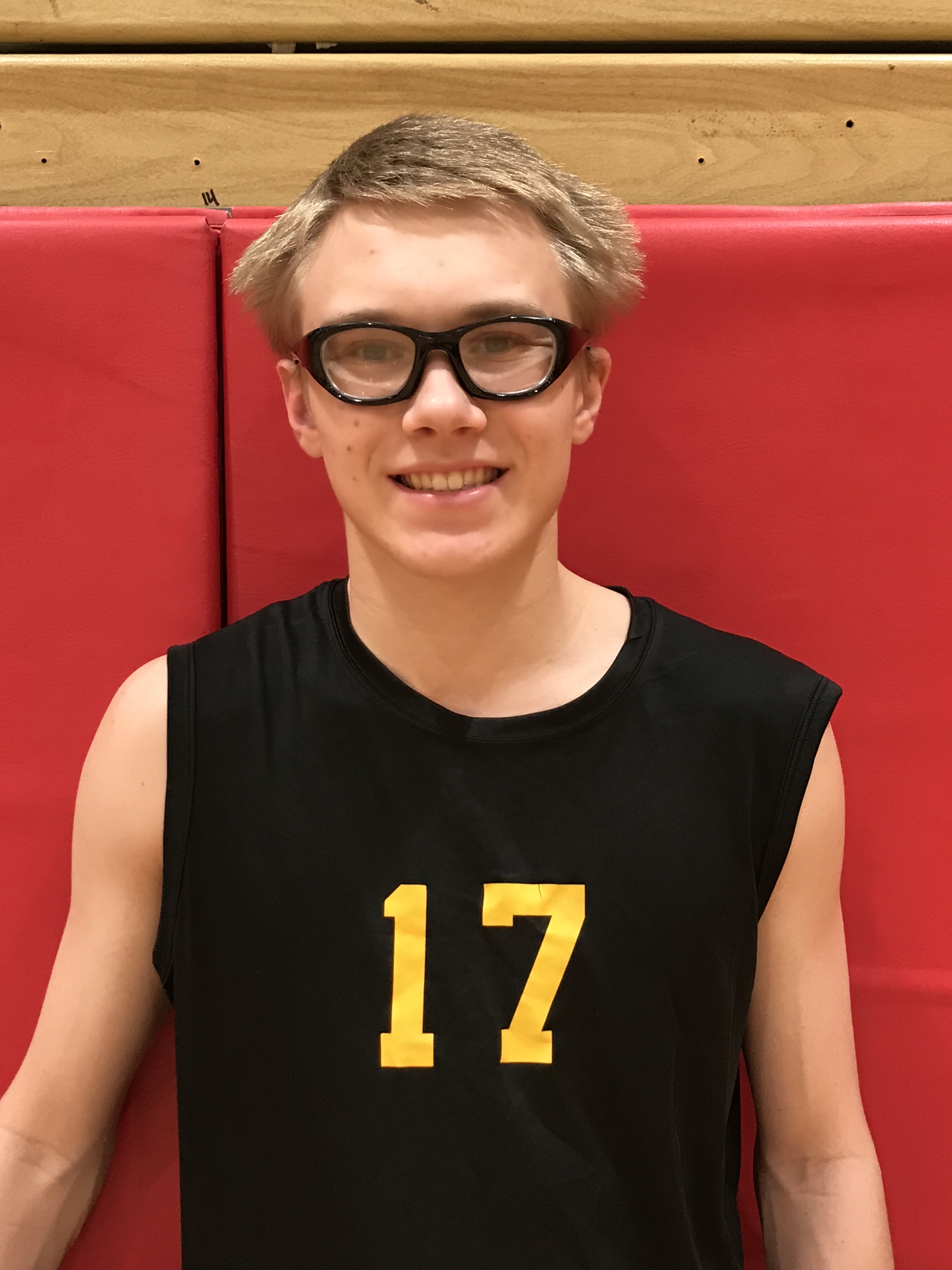 For the past two years, the sophomore outside hitter has been the top performer on the Fords, who are the 10th seed in the PIAA District 1 Class AAA playoffs. Dahl has accumulated nearly 300 kills for this season, including 20 or more kills in four of his last five matches (as of May 13). As a freshman, he led the Fords in kills and digs and received first team All-Independent Volleyball League honors. His parents, Eric and Melanie, coached women’s volleyball at Drexel University. Haverford High boys’ volleyball head coach Sam Moyerman said, “Quinby possesses a maturity that transcends his years. It would be almost impossible for a lot of players to come in as a freshman and immediately be the best player on a team but he has handled it for two years better than anyone could have imagined. He’s the rock of the team and leads everyone by setting a great example as soon as he enters the gym.”

Q: You started playing competitive volleyball in sixth grade as a setter for your club team, then became an outside hitter two years later. What attracted you to the outside hitter position?

A: I discovered that outside hitter was the best position for me because it allowed me to display a great number of skills all from one position. When playing there, I am able to hit, block, play defense in the back row, and serve receive. I wanted to become an outside hitter because it allows me to perform the largest amount of skills all from one position.

Q: What do you think is the strongest part of your game?

A: I believe the strongest part of my game is my defense, serve receive, and serving. No matter where I am, when I am on the volleyball court I have a simple goal: do not let the ball touch the floor. Serve receive is a different skill which can be very difficult to master for many. While I am no master, I am able to pass most serves to the desired target, and I am rarely aced.

Q: You mentioned that you serve differently between high school volleyball and club volleyball. Can you explain the difference?

A: In high school I tend not to serve with full aggression as I wish to keep more serves in the boundaries. One other thing that makes me serve with less power is the design of the high school ball in comparison with the club volleyball. The high school one feels lighter and smoother, while the club ball in contrast has more texture and is heavier. So, I choose a jump spin serve in club more often because the ball spins more easily. In high school however, I wish to continue to be able to master the different design of ball so my serves can be even more aggressive.

Q: What part of your game are you currently working on the most currently?

A Although my serves are very good and have good power, I am working to improve them so I can have more power and more control regardless of the ball I use.

Q: Tell us a little about your start in competitive volleyball.

Q: Who have been your top volleyball mentors?

A: I have had several mentors in volleyball, but the most important are by far my parents. They have both been playing for a long time, and they coached women’s Division One Volleyball at Drexel University. They have taught me and helped with a great many of my skills, and I would not be half the player I am today without them. Although my parents helped me the most with all of my skills, I have had many other mentors who have made me a better player. From my earlier years, the people who have coached me the most are Josh Steinbach (Villanova women’s volleyball head coach) and Dave Schlosser (current club Lehigh Power coach). And now when I began playing high school, Sam Moyerman (Haverford High School head coach) has also helped me increase my skills.

A: On the day of a high school match, I use the time I have to be mentally and physically prepared. If possible, I will watch my opposing team play on video so I can understand their style of play and prepare myself for what I will have to do to counter their strong aspects of play. Afterward, I typically rest with a clear mind for a while before the match starts. Sometimes I will visualize playing and succeeding so I believe more that my team is capable of this. Later, I primarily warm up my shoulders and legs. My shoulders I warm up because they are the most easily injured part of the body when hitting. I warm up my legs because I jump hundreds of times during our games, and I need to be ready. I will also talk with my teammates about what they will need to do individually for us to have the greatest chance of success.

Q: What is your favorite school subject? What do you think you might like to major in at college?

A: The subject in school that interests me the most is science, particularly Biology. I am hoping to major in the field of Environmental Science or something similar in college.

Favorite pre-game meal: “A Grilled Roma with my team at Boccella’s.”

Person I most admire, and why: “Earvin N’Gapeth of the French National Volleyball Team. He is also an outside hitter, with an athletically artistic approach to volleyball. He performs volleyball skills unlike any other player I have ever seen, and I wish to emulate that.”