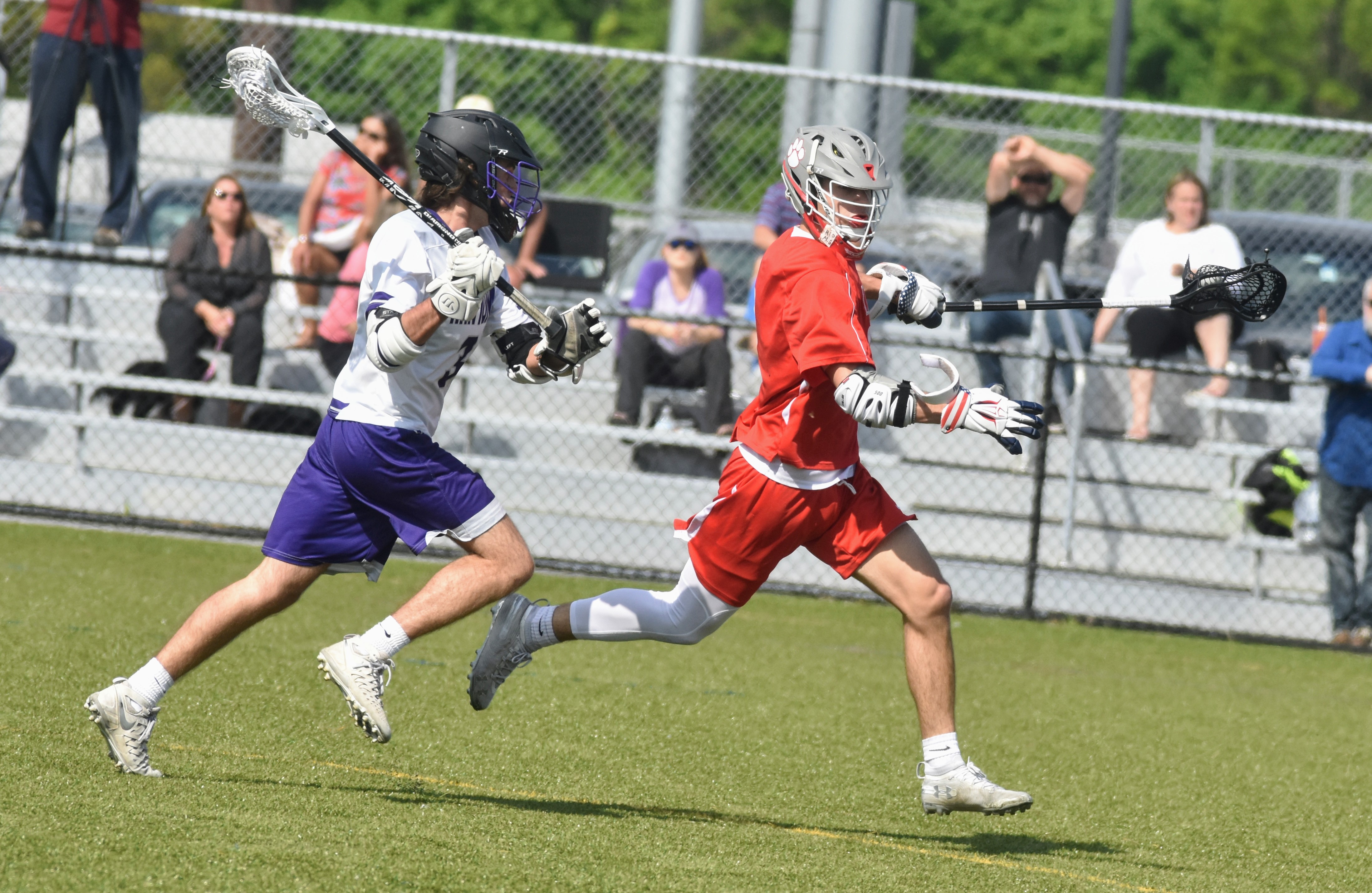 PHOENIXVILLE >> It’s fair to say Owen J. Roberts had something to play for when they traveled to Phoenixville Tuesday afternoon.

An opportunity to clinch a winning regular-season record, a return to the PAC Final Four, and a chance to greatly improve their position and standing in the district playoffs all hung in the balance of the outcome when OJR met the upstart Phantoms, arguably the PAC’s most improved squad over the 2019 regular season.

The Wildcats made the most of their biggest contest to date, taking control with a 9-0 mid-game run and never looking back in a 13-6 win.

The Cats held Phoenixville scoreless for approximately 23 minutes spanning the late first quarter until midway through the third, racking up nine goals of their own in the same span.

“This is the team we’ve seen pockets of this year—we score in transition, we’re aggressive on dodges, and we’re fundamentally sound on defense,” OJR coach Ben Carville said.

Not only did the victory put the Wildcats (8-5, 6-2 PAC) into next week’s PAC Final Four, the win considerably improved the squad’s postseason prospects beyond league ramifications.

Coming into play Tuesday, OJR resided precariously in the final spot of the 24-team field of the District 1 Class 3A playoffs.

But with less than one full ranking point separating the bottom eight teams (spots 17-24) in the standings, the victory plus the bonus points earned by defeating Phoenixville (4-4 PAC, 9-5) figures to push the Wildcats up in the standings and into a position where they still stand an outside chance of hosting a first-round game. That will depend on the outcome of Thursday’s showdown with PAC regular-season champion Spring-Ford and Saturday’s contest against Plymouth Whitemarsh.

“It’s a cliche, but we’re really just taking it one at a time at this point,” Carville said. “We were humbled last year, but this league is getting better across the board. So we’re not going to rest on our laurels.”

After a 4-0 start to the conference slate, the Wildcats endured back-to-back losses on April 16 and 18 to fellow Final Four qualifiers Boyertown and Perkiomen Valley, putting their postseason aspirations in danger and raising some unanswered questions about a team that endured an uncharacteristic 5-11 finish just one year ago.

Hopefully for the OJR faithful, a few of those questions were answered favorably Tuesday.

Logan Clefisch broke a 1-1 tie with 3:21 to play in the first quarter, igniting a six-goal run for the Wildcats that lasted the balance of the first half. Chamberlain’s individual three-goal run was punctuated with about two minutes remaining in the half off a beautiful feed from Mick Kilgallon.

OJR scored twice more before the break, Clefisch tallying for a second time before Ben Colt finished off a picture-perfect clear with eight seconds left, sending the ‘Cats to the break with a 7-1 advantage.

Despite the halftime score, the Wildcats didn’t dominate the first half as Phoenixville held its own in possession and shots for the first 20 minutes or so. The difference was OJR goalie Ben Hornak, whose seven first-half saves allowed the Wildcats’ early lead to stand up until the offense exploded for four tallies in the final four minutes of the half.

“I saw the ball well, but our defense put me in position to make those plays,” Hornak said.

The senior goalie knows win or lose, he’s into the final several games of his high school career. He and the rest of the Wildcats plan to make the most of those opportunities.

“Last year was tough, getting eliminated from the playoffs on senior night,” he added. “So we’re going to enjoy (making the playoffs), and we’ll see what happens the rest of the way.”

Kilgallon added two early goals in the third quarter, with a DeAnna marker in between to grow OJR’s lead to 10-1. Bobby Batten, Ryan Gilleland, and Bryan Maguire scored in quick succession to stop the bleeding for Phoenixville, but Nick Miley’s persistence through a cross-check opened the OJR lead back to 12-4 in the quarter’s final minute.

Regardless of the outcome of Thursday’s contest, the Wildcats are likely to see regular season champ Spring-Ford again in the PAC semifinals next Tuesday.

“Hopefully we show we can match their intensity, their execution—we need to show we can play a full game against (Spring-Ford),” Carville said.

Phoenixville’s Lucas Kapusta (3) puts a shot on goal as he is surrounded by Owen J. Roberts defenders. (Barry Taglieber – For MediaNews Group)

Despite Tuesday’s loss and the disappointment of missing out on the PAC Final Four, the Phantoms have plenty to look forward to in their own postseason. Phoenixville came into play ranked No. 4 in what will eventually be an eight-team District 1 field at the 2A classification. If they can hold that position, the Phantoms would be in line to host a district playoff game for the first time in program history.

“It showed—we lose out on depth, we made mistakes—but we kept our heads up, we played to the end,” Mitchell said. “Now our focus turns to finishing strong, getting into districts. Those are opportunities our program hasn’t had before.”

Phoenixville wraps up the PAC regular season this week against Upper Merion then has non-league contests with Frankford and Coatesville before the Route 29 showdown with Great Valley.

“If we can get four victories,” he said, “we go into the playoffs with plenty of momentum.”