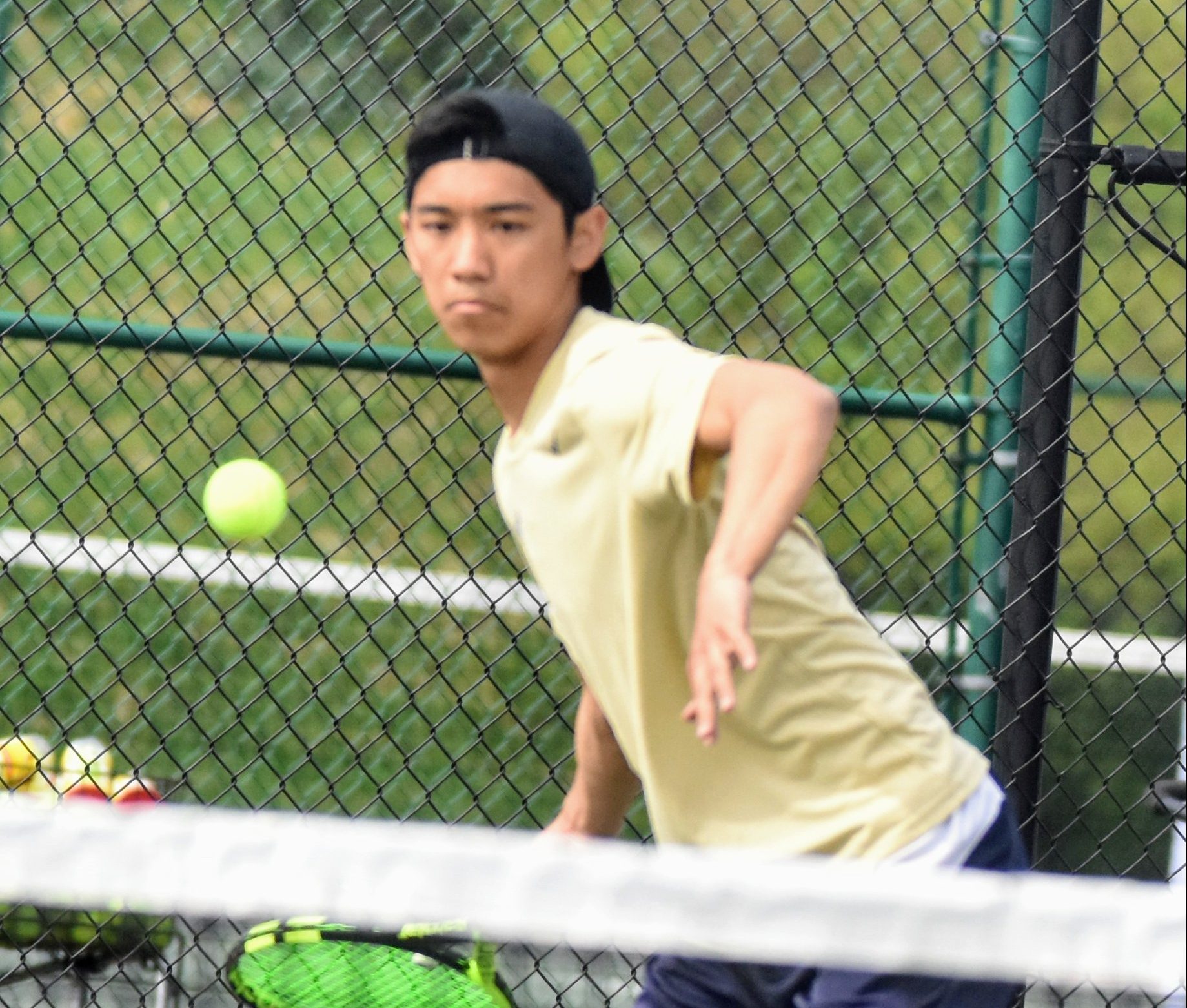 UPPER PROVIDENCE >> He’s been more than a match for opponents the first month of the spring season.
Malchu Pascual maintained that dominant posture this weekend. The Spring-Ford junior defended his 2018 Pioneer Athletic Conference singles championship by rolling through the field in the PAC Tournament, capping the run Saturday with strong play in the three matches he played on his home court.

Pascual started the day resuming a quarterfinal-round duel with Perkiomen Valley’s Will Ye, closing out a 6-1, 6-3 win after the match was suspended Friday with a 6-1, 4-1 score. He then swept PV’s Aaron Fry in the semifinal round, 6-0, 6-0 before steaming to a 6-1, 6-0 win in the championship match with Phoenixville’s Josh Starczewski.

“Looking at the draw, the field was definitely weaker than last year,” Pascual said. “It was a bit of a surprise seeing the other teams’ two and three seeds go this far, for sure.

“As a whole, though, it was a good tournament.”

As the lone Top Four seed in contention for the title through Friday’s early rounds — he was ranked ahead of Pottsgrove’s Jason Watts, PV’s Farraz Haider and Upper Perkiomen’s Ian Costanzo — Pascual was well in control of his bid to repeat as the PAC’s singles champ. He came off a first-round bye to dispatch Methacton’s Harsha Santanam 6-3, 6-1, then followed with the straight-set run over Ye, Fry and Starczewski, dropping just five games in Saturday’s action.

“I would like to have had more challenge. That would have made it more rewarding,” he said. “But having this kind of dominance, that’s not bad.”

“Last year, he was a second seed,” SF head coach John Brennan noted. “This year, Malchu was the only number-one of the top six to go on.”

“He’s in a comfortable position out there. I tell him strategy, and he tries to execute it the best he can.”

Starczewski faced a bit more challenge as he advanced through the ladder. The Phantom representative went 6-4, 6-0 against Pope John Paul II’s Tommy Rutkowski, then prevailed over Methacton’s Max Markowitz (retired) before topping Spring-Ford’s Adit Jain 7-6 (2), 6-0 in the quarterfinals.

In the semifinals, Starczewski was extended to three sets by OJR’s Jason Sawicki, dropping the first 7-5 but rebounding with 6-2, 6-1 wins. He and Pascual will be joined in the District 1-AAA Singles Tournament in two weeks by Fry and Sawicki, Fry the PAC’s third-place finisher in a 6-4, 6-2 match.

“Having a break in-between this and districts will help,” Pascual said. “It’s been a good season so far. The coaches have done their job, helping out in preparing me for the matches.”

For Pascual, his family connection ranks big on two counts.
He is one more PAC singles title away from matching older brother Patrick, a three-time champion during his time at Spring-Ford.

“Winning this second time feels good … the anticipation of tying his record,” Malchu Pascual said. “It’s a cool thing, my brother and I dominating the league like this, and keeping the tradition going.”

Pascual’s parents continue to show their support of his play, continuing to cheer him on from the audience the way they have all along.

“I give thanks to my family for being out there,” he said. “It’s nice to have them watching, supporting me all the time I’m out there.”