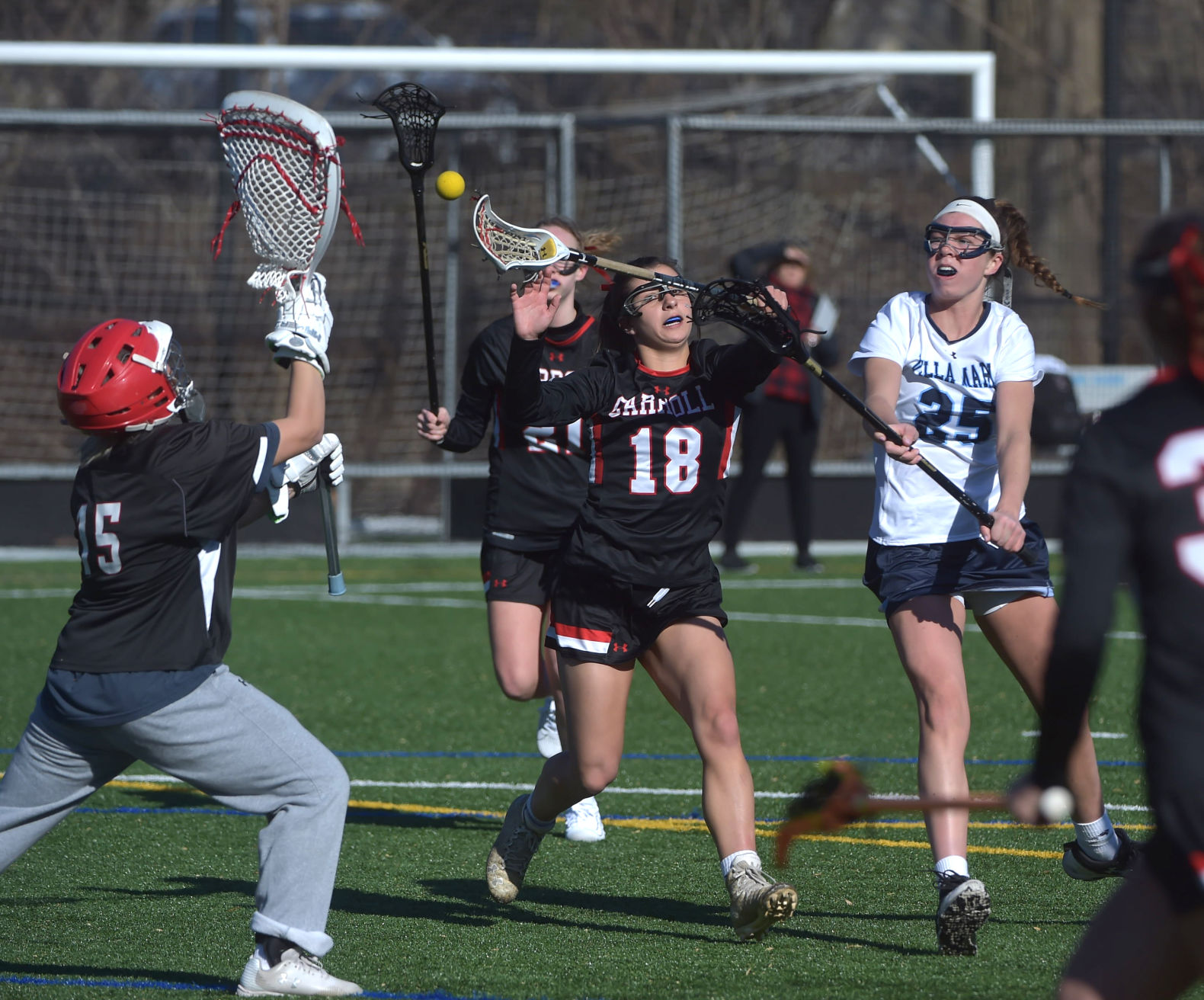 Villa Maria pulled out a last-minute victory over Archbishop Carroll Tuesday, rallying from a six-goal deficit to escape with a 12-11 decision in nonleague lacrosse.

Amber Germer tallied three goals, two assists and one steal for the Patriots, who led 7-6 at the half.

Casey O’Connor and Katie Ward (assist) had the other goals for Springfield.

Danielle McNeeley, Lizzie Healy and Jean Hoch chipped in two goals each for the Panthers, who led 13-3 at halftime. Kylie Gioia led the Tigers with four goals.

Sydney Corcoran led the way for Haverford with three goals.