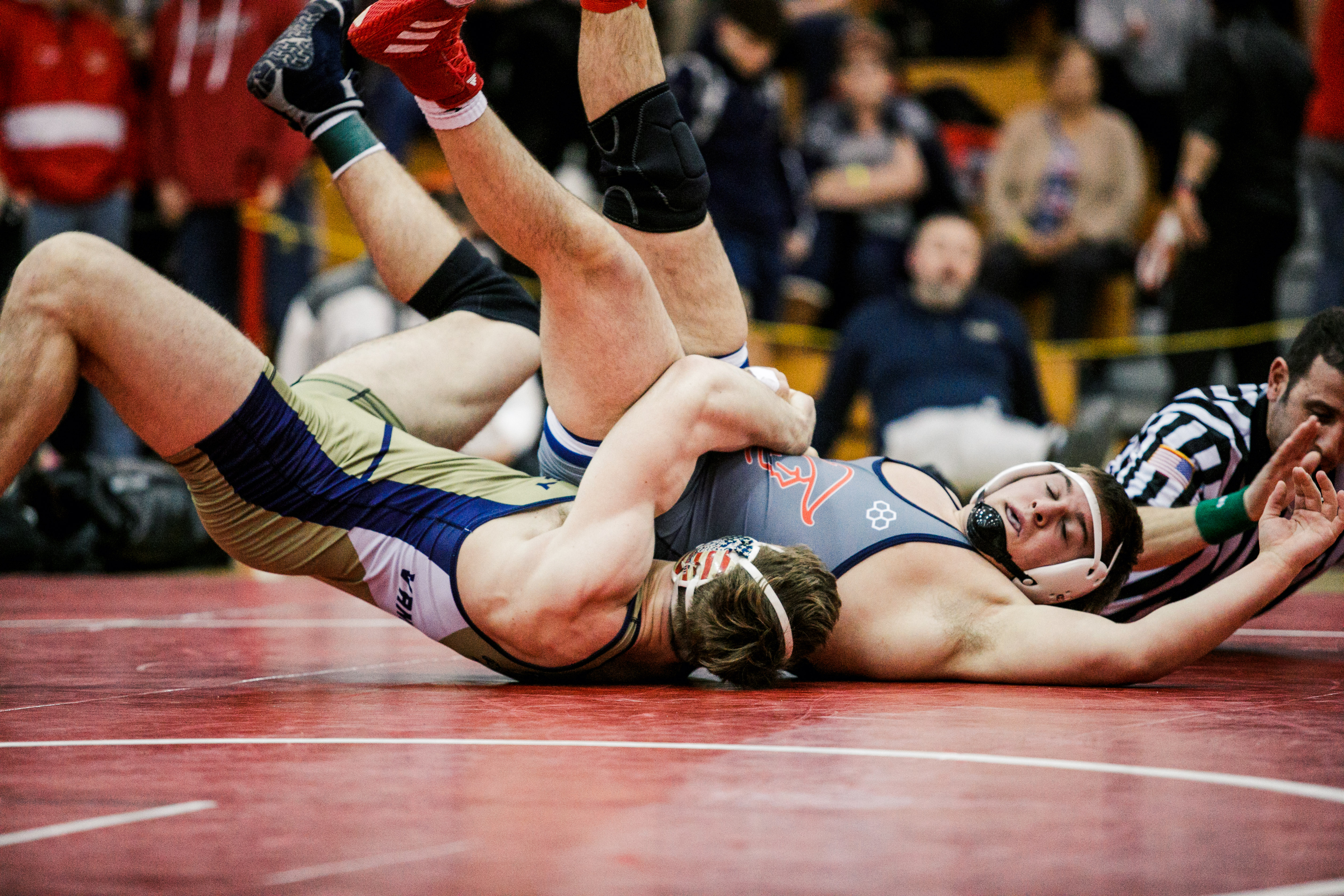 FRANCONIA — The days of using decades to mark time between qualifiers in the state wrestling tournament may be over for Ridley.

Tommy Bramwell finished second at 285 pounds in the Class 3A Southeast Regional Saturday at Souderton High School, earning a trip to Hershey.

Bramwell hoped for a better outcome in his bout with Coltin Deery of Garnet Valley, who recorded a 12-2 major decision to win the gold and his first regional title.

However, being the first Ridley wrestler to reach states since John Rowles finished third in the region in 1999 is anything but a consolation prize.

“It feels great to be the guy,” said Bramwell, who went 3-1 in the tournament. “I don’t think it will take that long for the next guy (to reach states). If guys come back and work hard, I think a couple of them can go next year.”

It was a memorable tournament for several Delaware County wrestlers, starting with defending state champion Hunter Catka. The Sun Valley product was named the region’s Outstanding Wrestler after winning gold for a second straight year. Catka pinned his four opponents in a combined 8 minutes, 16 seconds.

Proof, perhaps, that he’s all the way back from a broken leg.

“I’d like to think so,” Catka said. “I feel good. I was kind of feeling sick Friday and my voice was hoarse. But I feel good now. I’ve been working on my top moves, my tilts and everything on top.”

“It feels good, it feels cool,” Crawford said. “I was second in the region last year. This is good.”

Panthers coach Tony Gilliano took custody of the gold medal, the bracket sheet and the Hershey’s bar won by Crawford. Then he playfully challenged his wrestler.

“You’re not getting this back until you get a medal,” Gilliano said.

Crawford has experience, having gone 1-2 in the states last year.

At 145 pounds, Brendon Stocku of Penncrest led at several stages of his consolation match but finished fourth when Nick Barnhart (Avon Grove) rallied for a 9-9 decision.

“I’d like to have won first place,” Stocku said. “But at this point states it’s the only thing I care about.”

Stocku won three straight bouts, two by fall, and survived a lateral drop – the thud of which shook the crowd – to reach the final bout.

“In a year I’ve gone from 0-1 to states,” said Shaw, who was on the JV team last year. “I feel great. I give all credit to the coaching staff for getting me ready to wrestle.”

At 126 pounds, freshman Chase Barlow of Strath Haven won three straight decisions, and fought his way to a fifth-place finish. Fighting through the consolation round was a challenge and then some.

Elsewhere in the consolation round, 220-pounders Terrance Averett (Glen Mills) and Bill Brosko (Marple Newtown) were locked in a battle featuring several lead changes and an overtime period. Brosko prevailed in the extra session, winning by fall in 5:51.

“It was a tough match, he was really strong, really good,” said Brosko, a freshman. “I think I had a little more technique. In the end I just came out on top.”

In the third period of the match, Brosko was assessed a one-point penalty for interlocking his hands. Averett nearly had another point, for an escape, which would have given him the lead.

“It is what it is,” Glen Mills coach Matt Shannon said. “He wrestled a great tournament. Sometimes it just doesn’t go your way. He’s a great kid, a worker who comes in with a smile on his face. I’m so proud of him.”

Shannon was told by an official that Averett had to be in the act of an escape to get the point.

But back to Bramwell, the All-State football player and until further notice, once-in-a-decade state wrestling qualifier for the Green Raiders.

The effort ended four straight years of frustration for coach Tony Fabri, formerly of West Chester Rustin. He couldn’t control his emotions when Bramwell won to reach the championship round, ending that state qualifying drought.

“I ran out on the mat, gave Tommy a big hug,” Fabri said. “He was soaking wet in sweat. There was a nice little contingent of Ridley people that were here in the stands. There were a bunch of Rustin people cheering for him, which is the school I coached prior to Ridley. They were all pretty excited for Tommy. It was cool to see a nice piece of the bleachers get excited for him.”

Bramwell isn’t familiar with Knowles or Ron Venit, the last Ridley wrestler to place in the states. But Bramwell has set the bar for future teams.

“I give Tommy a lot of credit,” Fabri said. “He’s been wrestling just three years. He was lifting weights and spending three nights a week in the offseason in the wrestling room. He’s earned this.”