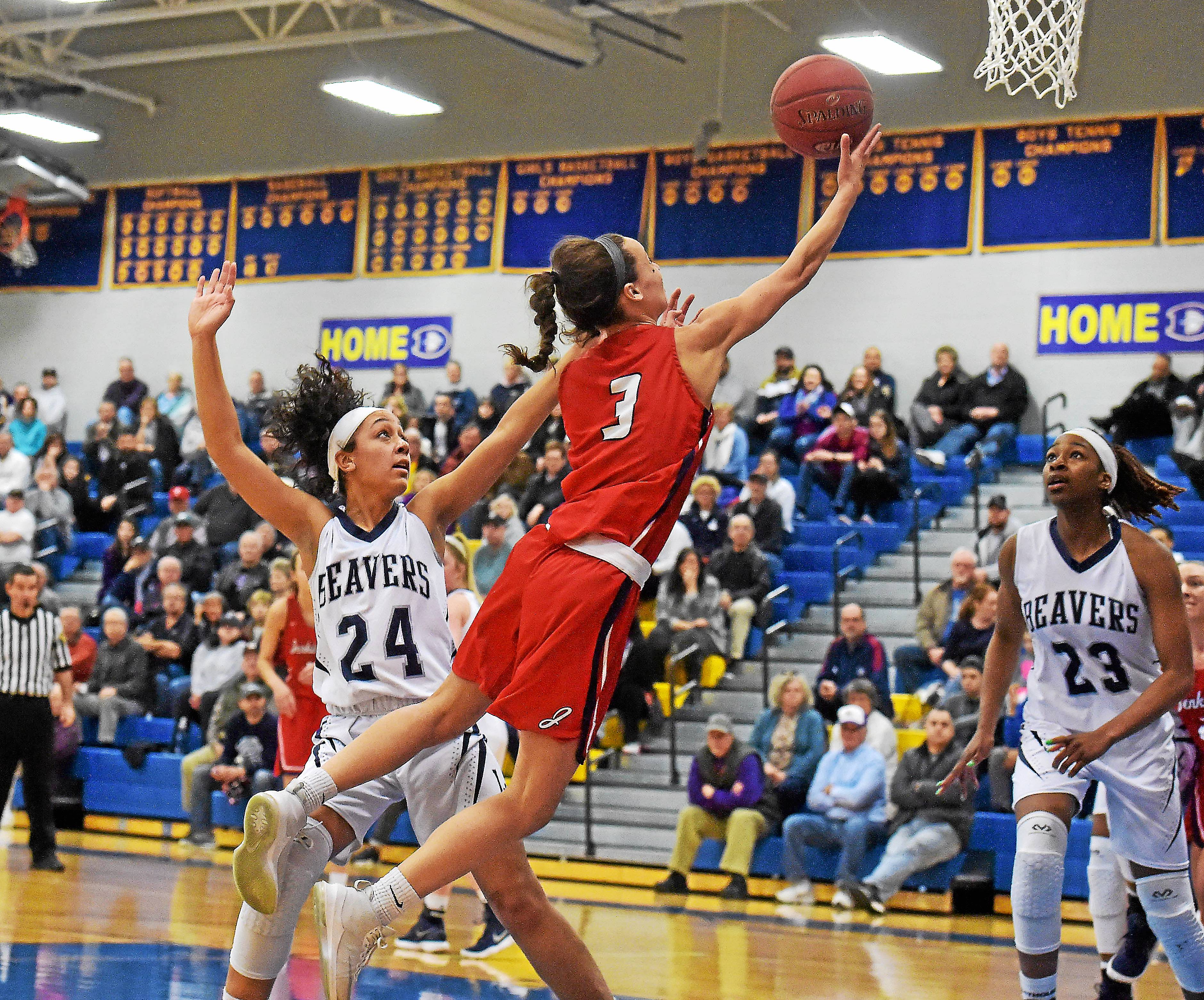 LOWER MORELAND — Mia Kolb smiled, ever so briefly, as a gold medal was being draped around her neck. Her sister, Natalie, had a similar reaction.

These seniors have been here before. They know what it’s like to win championships in late February, and even in late March, for that matter. That’s why their smiles were fleeting.

“We still have work to do,” said Mia Kolb, who logged a game-high 15 points in Jenkintown’s 51-16 rout of The Christian Academy Wednesday night.

The Drakes (26-1) claimed the Class A championship in District 1 for the fourth consecutive year. They will open the PIAA tournament a week from Saturday against the District 3 fifth-place finisher. Awaiting the Drakes, beyond an unknown opponent, is a nine-day stretch of practices intertwined with scrimmages against outside teams. Keeping the routine fresh, particularly as the Drakes look to repeat as state champions, will be the foremost priority on coach Jim Romano’s agenda.

“Scrimmages will help,” he said, “because we’ve got to get some things cleaned up. Yes, the score was lopsided, but we left a lot of points out there. Our outside shooting and our foul shooting, we need to work on that. I’m concerned with lay-ups and some of the points we left on the floor.”

Jenkintown’s swarming defense prompted 34 turnovers, including 15 steals, and forced TCA (14-6) into 25 percent shooting from the floor. Still, to Romano’s point, the Drakes shot 4-for-15, or 26 percent, from 3-point range and 5-for-12 from the foul line.

“We’ve got to work on that,” said Natalie Kolb, who scored seven points.

The Christian Academy could not seem to break or escape Jenkintown’s full-court pressure during the first half, prompting numerous turnovers. Grace Gormley sent a skip pass into the left corner, connecting with DeAsia Speaks for a 3-pointer midway through the second. After a Jenkintown miss, it again was Gormley leading Speaks with a full-court outlet pass for an easy bucket.

Just like that, the Crusaders cut the Drakes’ lead to 16-9. From there on, however, Jenkintown closed out the half on a 7-2 run. Then, the Drakes outscored the Crusaders, 14-0, in the third quarter.

“It was impressive. They’re a tough team with a great defense,” said Gormley, who had two points and assisted on five of her teammates’ six baskets. “It’s hard getting off shots. (Jenkintown) had a lot of grit.”

“That third quarter felt long because we were losing,” said Speaks, who led The Christian Academy with 10 points.

By now, the Kolbs know the routine. They also know the pressure facing their team. A banner strung across Old York Road, a quarter-mile from their school, trumpets their 2018 championship.

“It’s a great feeling, especially with all of the fans coming to our games,” Mia Kolb added. “At this point, only one state game is guaranteed. We have to earn the rest.”