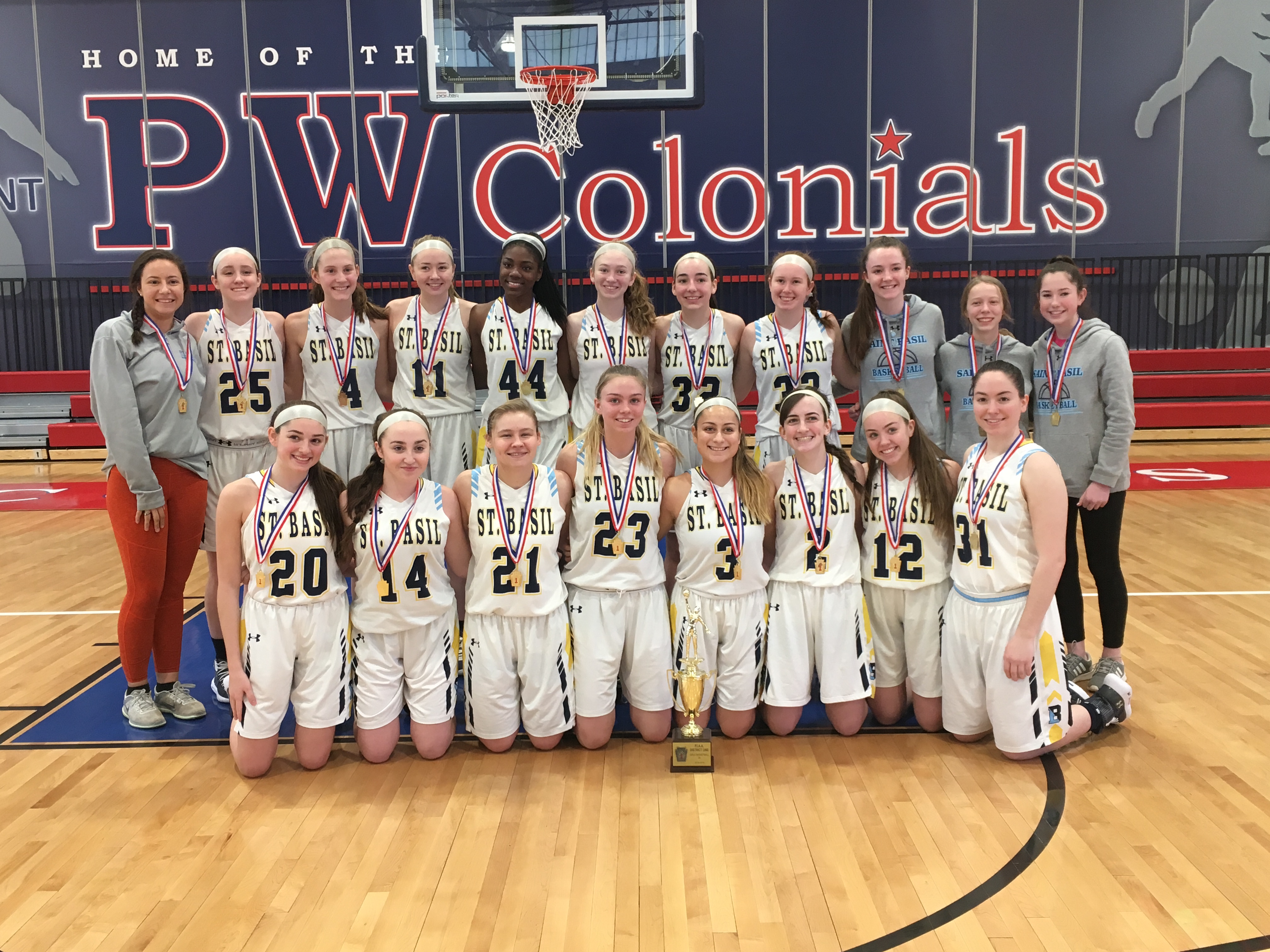 With just one team from District 1’s Class 3A advancing to the state playoffs, the Panthers knew they had to win Saturday’s district title game against New Hope-Solebury. The Panthers hadn’t lost a game walking into Plymouth Whitemarsh’s gym and that didn’t change a few hours later.

A strong defensive effort and good offense led St. Basil to a 63-39 win over the Lions as the Panthers won their third straight district title.

“We knew we had to focus one game at a time, so we were paying all of our attention on this game,” sophomore Shannon Remolde said. “We had to win this one.”

St. Basil (26-0) scored the first 13 points of the game and held New Hope-Solebury to single digits in the first half. The Lions, who have a relatively young roster, were a little shellshocked early but started to come into their own a little bit toward the end of the first half.

By then, the Panthers were rolling. Casey Remolde was a disruptor at the top of the St. Basil press and guards Kelly Grant and Shannon Remolde took advantage as the senior forced New Hope-Solebury (19-7) to throw tougher passes.

“It helps having Casey in the front, she has really long arms and she creates so much pressure,” Grant said. “We could read where they were trying to throw the passes.”

The defense was doing its job of causing turnovers and St. Basil cashed in by creating open look after open look throughout the first quarter.

“We ran our offense really well,” Shannon Remolde said. “We were getting secondary looks third looks even. We were practicing it all week, so it’s good to see it work in a game.”

St. Basil had nine assists in the first half, 12 total in the game, as it just kept running through the offense until someone popped open and usually hit their shot.

Shannon Remolde led the Panthers with 13 points. Casey Remolde had six points in the third, finishing with 11 points while Carter and Riley Scannell each had eight.

“We were all setting good screens for each other,” Grant said.

The biggest challenge for St. Basil between now and the state tournament will be a nearly two-week layoff between games. It’s not new territory for the program, but playing in a District 1/11 regional the last two years at least gave the Panthers a few extra games.

St. Basil won’t have to worry about a lack of intensity in practices. The team’s bench players got plenty of time on Saturday and they were just as into the contest as the starters were, with Sam White grabbing a team-best six rebounds.

“We’re going to use it to rest, but we also want to keep pushing each other and not let our guard down,” Grant said.

“It’s going to be tough, but we push each other at practice,” Shannon Remolde said. “I think that will help us. Our girls on the bench are out there pushing our starting five at practice.”

Lower Moreland does it together, tops Pope John Paul II for District 1-4A title
Spring-Ford stops Upper Dublin in OT, advances to 6A semifinals